The Border Crisis Deserves our Action

I find that I rarely write ‘political’ pieces here. Largely, that’s due to my lack of expertise on the subject. There are many people who know a great deal more than me about the struggle of marginalized peoples. I’d like to, as much as possible, defer to the voices of those who experience prejudice and hardship. I have seen article after article about the border crisis, about the suffering and pain these people are being put through, and I have to do something.

It’s not easy. My spending money is very limited, I have no legal expertise, and I live far from the border. I feel very helpless in the face of what feels like an unstoppable machine of purposeful cruelty. But there are a few ways to help with the border crisis. Even things that are low-impact can do some good, especially if many people do them.

Donate to charities helping the people held in detention

This one is obvious, and thankfully there are lots of lists floating around to help you find the charity you feel is most effective. Personally, I believe RAICES to be a good organization. It focuses on family reunification and helping the people imprisoned with legal expertise. KIND (Kids in Need of Defense) is also a good choice, especially its choice to help ensure no child goes to immigration court alone.

Normalize immigration and the legality of seeking asylum

I’m sure you’ve heard it: there’s nothing ‘illegal’ about the immigrants coming to the border seeking asylum. It is a system of immigration built into our laws to help those facing persecution and terrible conditions in their own countries. Personally, I believe immigration should be much more open in general. But the use of terms like ‘illegal immigrants’ help to create an identity that is less than, as if these people are somehow less deserving of basic human rights because they entered the wrong country.

Much like consent culture and the calling out of toxic masculinity, I want a world where Americans are calling each other out for ‘othering’ those who come here from different countries. Casual racism against people with different languages, cultures, and practices from us is still an everyday presence in American life. Call it out. Remind those with this attitude that everyone is a person, and deserving of human rights. If they don’t have basic dignity where they come from, how can we blame them for seeking a better life for themselves and their children?

I put this one last, because it should very rarely be our only course of action. I believe sending your thoughts and prayers to the people imprisoned at the border can have an impact. But it is not a replacement for real, direct action. It should always be an accompaniment, not an excuse to say “I helped” and move on.

I chose to address this prayer to Thor for two reasons. One, He is seen as the God of the common people. He helps those who struggle in their everyday lives. Two, Thor is also the slayer of Giants. I don’t want to upset the Rokkatru folks, but I think Giants can sometimes be seen as metaphors for the faceless evils that happen in the world. Nothing seems more evil to me than this purposeful degradation of human life, or more implacable.

To the great God Thor, helper and defender of Man,
I address this prayer.
Thunder God who has defeated evils and beaten back chaos,
I call to you.
There are those who are evil and cruel,
who would tear children from their mothers and fathers,
who crowd people like cattle,
who imprison those who come seeking safety.
Thor Slayer-of-Giants,
raise Your mighty hammer against these powers
who have not yet come for me and mine,
but will. 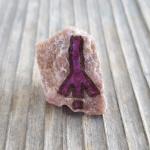 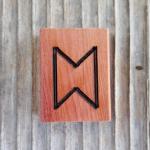 July 7, 2019 Stan the Stone: Northumbrian Runes
Browse Our Archives
get the latest from
Pagan
Sign up for our newsletter
POPULAR AT PATHEOS Pagan
1

Get the Reading That Will Answer Your Questions!
Something is pressing and you are confused. Maybe it's nearing your birthday...
view all Pagan blogs
Copyright 2008-2021, Patheos. All rights reserved.
error: Content is protected !!