I recently had the privilege to join 100 ministers and faith leaders on Gov. Mike Huckabee’s Journey Tour, traveling to Poland, Germany, the UK, and California.

During this time I had the opportunity to speak to ministers and faith leaders about a range of issues related to religion and politics in America. After visiting Arka Pana Church in Poland and hearing Gov. Huckabee’s Q &A with Priest Wladyslaw Palmowski (the underground church’s leader during Soviet occupation), I wondered if American ministers could identify with Palmowski’s experiences.

Huckabee asked Palmowski, “Why did he become involved in resisting Communism? Why did he resist the pressure to be silent?”

Palmowski replied that he was raised by Christian parents who taught him honor, dignity and values to strengthen his character. He said,

“Christians were being sent to Siberia or were killed and many still do not know where their loved ones are buried. Weak individuals were broken,” he added, “which is why they signed contracts of cooperation with the secret police.”

On the eve of December 31, 1981, when martial law took effect, people en masse were arrested and interned, many homes were broken into, and factories were surrounded by the Soviet army. Palmowski witnessed the terror of his neighbors and told Huckabee, “it was up to us whether the people would be alone or receive brotherly help.” The church confessional became the center for communal life, where people could come and talk freely. “The nation was afraid,” he said, “but when we were together our greatest strength was shaped by our Christian love that enabled us to help others.”

Huckabee asked, “weren’t you afraid risking your life smuggling food for people? Was there ever a time when you felt like giving up?”

Palmowski answered, “I knew if the secret police caught me I would receive no mercy. I spent 200 hours ministering to people in internment camps and the first Solidarity march from the Steelworks factory came to Arka Pana, which is why it was important for the church to emphasize the value of human dignity and overcoming fear.”

He added, “I knew we could be eliminated at any time and no one would know. The Soviets had secret lists of people. The only fear the Communists had was Pope John Paul II. If the Communists tried to kill any priests the Pope would tell the truth to the world.

“I was #4 on their hit list. I would be dead if it were not for the Pope. He was our buffer, protecting us. He was our symbol—reminding us that we are not alone in this world.”

After hearing this, I created and distributed a 10-question survey to 65 pastors. Here are the highlights:

All replied they spoke about political issues both in and out of their churches, explaining all issues are moral and many aspects of American civics are rooted in Biblical principles and Mosaic law. They all responded that they encourage their congregants to register to vote, and some distribute voter guides. One pastor explained, “Believers have a responsibility to seek righteousness on earth” because the Bible provides numerous examples of political engagement.

Fifty percent of those surveyed reported that they, their family, or their congregants have been ostracized by those in their community for expressing their faith in public settings, including town hall meetings.

Twelve percent reported that they, their family members, or congregants have had their personal property vandalized, including stolen and/or desecrated crosses. In one church, someone drove a truck through its front door. Some, including their wives, have had their tires slashed or car damaged—more than once.

Ten percent reported that members of the public protested on their church’s property, some even protesting inside their church. A handful reported being denied civil rights and/or public services because their local public officials rejected their faith views, and deliberately chose to disregard their legal duty to protect and serve.

Ten percent of ministers said they had received death threats to both themselves and their family, in addition to threats to burn their homes. One minister was actively pursued by a man seeking to kill him because he was preaching the gospel in his church. The man vandalized his church, went door to door breaking into neighboring homes of the church, and was eventually shot and killed by the police. The minister is alive and well.

What struck me was not only the fortitude of these men in their convictions, but their joy and zeal to preach the gospel despite any threats they might receive. Regardless of death threats they may have received, they remain steadfast in their faith as Palmowski did.

The only difference is that these pastors are living in 2014 America under a constitutional republic, not in Soviet-occupied Poland. 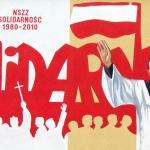 November 18, 2014
Huckabee and American Ministers Invigorated by the Power of the Cross in Poland, Seek to Harness that Power in America
Next Post

November 27, 2014 Understanding America's Christian Heritage and why it isn’t a theocracy
Browse Our Archives
Related posts from Hedgerow