Jews Most Targeted Victims of Hate Crimes in America, on College Campuses [video]

Jews remain the number one victims of religiously-motivated hate crimes in the U.S., according to FBI hate crime data reported every year.

Most disturbing is what Jewish Voices on Campus documented on video: widespread hatred and violence committed against Jews at U.S. college campuses.

According to the David Horowitz Freedom Center’s www.JewHatredOnCampus.org, the ten most dangerous American college campuses for Jewish students in 2015 were:

JewHatredOnCampus.org no longer appears to be a project of the Freedom Center. More information about Jew hatred in the U.S. is documented by Stopthejewhatredoncampus.org, the Canary Mission, IsraPundit, and Pamela Geller, among others.

Antisemitism and Jew-hatred has been described as the “canary in the coal mine of global hatred.”

Hate crime incidents targeting Jews and Jewish institutions in the U.S. spiked about 37 percent between 2016 and 2017, according to FBI data. Hate crime data is compiled from law enforcement agencies reporting to the federal government.

Jews and Jewish institutions are the most frequently targeted people, accounting for 58 percent of religious-based hate crime incidents in the U.S. 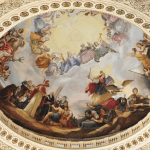 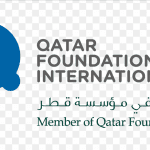 March 26, 2015 Common Core in America: State-sponsored Religion
Browse Our Archives
get the latest from
Hedgerow
Sign up for our newsletter
POPULAR AT PATHEOS Evangelical
1