For over 366 years, under western common law, including pre-colonial America, extending beyond post-1789 U.S. Constitutional era, up until 1973 abortion has been illegal in all 50 states.

Prior to America becoming America, colonists lived under common law and British law for roughly 150 years. Murdering a pregnant woman and/or her child was well understood as an illegal act of homicide or manslaughter. British judge William Blackstone identified common and legal understanding about human life and the laws designed to protect it– which were well understood during this time. In Commentaries on the Laws of England (1771) Blackstone wrote,

“The immediate gift of God– a right inherent by nature in every individual; and it begins in contemplation of law as soon as an infant is able to stir in the mother’s womb. For if a woman is quick with child, and by a potion or otherwise kills it in her womb; or if any one beat her whereby the child dies in her body and she is delivered of a dead child, this … was by the ancient law homicide or manslaughter.”

Signer to the Declaration of Independence and Constitution, and an original Supreme Court Justice, James Wilson clarified the Founder’s understanding about protecting human life. He said human life, “from its commencement to its close is protected by the Common Law. In the contemplations of law, life begins when the infant is first able to stir in the womb. By the law, [that] life is protected.”

“Ask the Declaration of Independence and that will tell you that its authors held for self-evident truth that the right to life is the first of the unalienable rights of man [and] to secure and not to destroy [that right] governments are instituted among men.”

America’s Founders intentionally wrote the Constitution knowing their specifications differed from other known laws and customs of other countries. One signer of the Declaration of Independence John Witherspoon acknowledged this fact in Reflection of Parent and Child (1810). He explained, “some nations have given parents the power of life and death over their children. … [In America] we have denied the power of life and death to parents.”

Witherspoon made clear that the Founders were not only aware of other countries’ cultural and legal norms– but that because they were aware of them, they devised an inherently different legal basis for American jurisprudence.

Unalienable rights meant that the right of human beings came not from manmade laws or parents, but from God. Parents did not have the legal right to deny an unborn child the right to its own life. This was well known in 1810– 58 years before the Fourteenth Amendment was adopted.

Even American settlers advocated protecting one’s right to life– well before the U.S. Constitution was ratified– because they devised state laws, which prohibited abortion.

Virginia’s Bill of Rights and Constitution, for example, outlined key principles that were used when writing the U.S. Constitution and Bill of Rights. The Framers were well aware of state laws prohibiting abortion. For example, Virginian law specified that doctors who gave a pregnant woman “a potion to destroy the child within her” committed “murder.” The law expounded even further to clarify motive and intent for using such a potion. It stated that the potion “was not given to her to cure her of a disease, but unlawfully to destroy the child from within her.” Both the physician and woman knew what they were doing: ending the life of an unborn child.

Today, what remains at issue, is whether or not common law and the U.S. Constitution are legally relevant. No one, not Congress, nor any president, has challenged the Court’s illegal 1973 ruling.

Either “The right to life is the first of the unalienable rights of man [and] to secure and not to destroy [that right] governments are instituted among men,” as Adams asserted, or it isn’t. 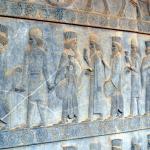