Why Did Christian Leaders in the Middle East Shun Vice President Pence’s Visit?

According to Israeli news outlet Haaretz, Christian leaders in the Middle East shunned Vice President Mike Pence in his recent trip to their countries.

Christian leaders in Egypt and Jerusalem reportedly decided to boycott his visit, in an attempt to protest President Trump’s December 7th recognition of Jerusalem as Israel’s capital. Pence was unable to visit Bethlehem, the city where Jesus was born, because it is located in the occupied region of the West Bank controlled by the Palestinian Authority who declared that Pence was ” unwelcome in Palestine.”

On Monday, he declared that recognizing Jerusalem as Israel’s capital is the “only true foundation for a just and lasting peace.” Arab Christians apparently disagree, wanting East Jerusalem to be the capital of a non-Israeli Arab state. Protestors held signs that read, “Pence you are desecrating our land. Pence go home.”

Pence reportedly completed his visit to the Middle East without meeting with any prominent Christian leaders from Egypt, Jordan and Israel. In his meeting with the Egyptian president, Abdel Fatah al-Sisi, Pence raised the issue of protecting Egypt’s Christians from persecution.

After meeting with King Abdullah of Jordan, Pence’s remarks made clear their disagreement over a two state solution: “Friends occasionally have disagreements, and we agreed to disagree on recognizing Jerusalem. We agreed all parties need to come to the table. I hope I impressed on him our earnest desire to restart the peace process.”

In his speech to the Knesset today Pence used religious symbolism, quoted from the bible, and explained his support for Israel as a moral and religious obligation, not solely a political one. His speech was interrupted by numerous standing ovations.

According to The Associated Press, Palestinian Christians reject Pence’s “brand” of Christianity:

they argue that such streams of evangelical Christianity have used religion to whitewash Israel’s harsh policies during its half-century-old rule over millions of Palestinians.

“For me, it’s a sick ideology,” said Munib Younan, the recently retired bishop of the small Evangelical Lutheran Church in Jordan and the Holy Land and former president of the Lutheran World Federation, an umbrella for churches with millions of believers.

“When I say Jesus is love, they want my Jesus to be a political Jesus,” Younan, 67, a Jerusalem-born Palestinian, said in a recent interview at his West Bank church.

The AP adds that while Christian Arabs are a minority living in the West Bank, they lived peacefully next to their Muslim Arab neighbors, describing their neighborhoods as places “where the pealing of church bells often blends with the Muslim call to prayer.”

However, the AP did not report that Christians in the Middle East are persecuted primarily by Islamists, and increasingly over the last two years, according to a recent report released by the humanitarian organization, Open Doors.

Pence, the first U.S. Vice President to address the Knesset’s plenary, affirmed his support for Israel:

We stand with Israel, because we believe in right over wrong, in good over evil, and in liberty over tyranny… The people of the US have always held a special affection and admiration for the People of the Book. In the story of the Jews, we’ve always seen the story of America. It is the story of Exodus, a journey from persecution to freedom, a story that shows the power of faith and the promise of hope.

… And so we will pray for the peace of Jerusalem, that those who love you be secure, that there be peace within your walls and security in your citadels. And we will work and strive for that brighter future, so everyone who calls this ancient land home shall sit under their vine and fig tree, and none shall make them afraid.

Pence addressed the Arabs who boycotted his visit to be willing to negotiate, adding: “We recognize that peace will require compromise, but you can be confident in this: The USA will never compromise on the safety and security of the State of Israel.” 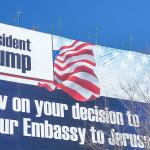 January 23, 2018
At Least Ten Embassies are Expected to Move to Jerusalem
Next Post 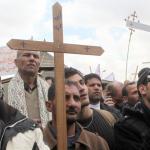 January 25, 2018 Muslims in Middle East Becoming Christians, Churches Expect Millions of Converts
Browse Our Archives
get the latest from
Hedgerow
Sign up for our newsletter
POPULAR AT PATHEOS Evangelical
1 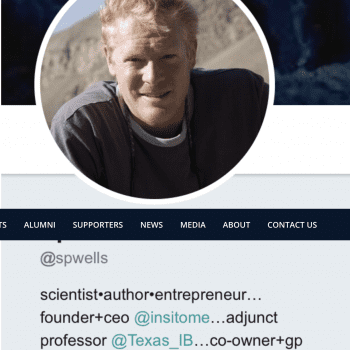 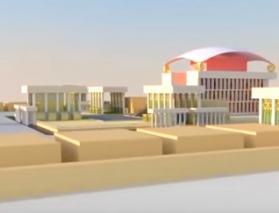 Evangelical
Is a third temple being built in Jerusalem?...
Hedgerow 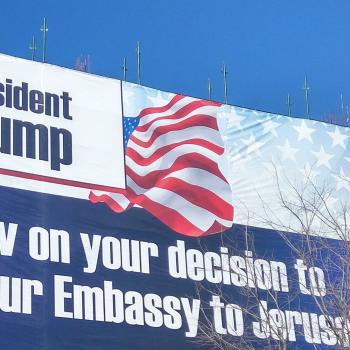 Evangelical
At Least Ten Embassies are Expected to Move...
Hedgerow 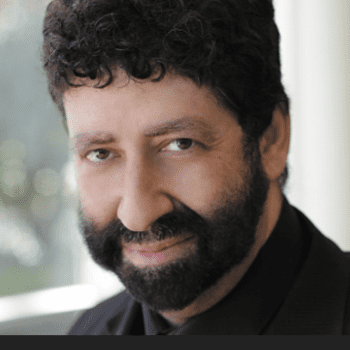