President Donald J. Trump welcomed the Prime Minister of Israel and foreign ministers of Bahrain and the United Arab Emirates to sign the historic Abraham Accords at the White House September 15.

The United Arab Emirates and Bahrain are the first Arab nations to normalize relations with Israel in more than 25 years. It took Israel 72 years to reach these two agreements brokered by President Trump in less than one month.

Bahraini Foreign Minister: "Today is a truly historic occasion. A moment of hope and opportunity for all the peoples of the Middle East."

“President Trump deserves the Nobel Peace Prize for his efforts to establish peaceful relations between Israel and its Arab neighbors, which took a big step forward Friday with the announcement that Israel and Bahrain will establish diplomatic ties,” Rabbi Abraham Cooper wrote in an op-ed published by Fox News.

The president also recently oversaw the historic agreement made between previously warring Serbia and Kosovo, which normalized economic relations. This agreement also included Kosovo recognizing Israel, and Serbia agreeing to move its embassy to Jerusalem — as the U.S. had previously done with its embassy in 2017.

Trump has now been nominated twice for the Nobel Peace Price in one month for his efforts to bring peace to the Middle East and for his involvement with the Serbia/Kosovo agreement.

No other U.S. president has been twice nominated for the Nobel Peace Prize. Nor has any other president brokered two such deals, ever.

Since Israel gained independence in 1948, only two Arab nations have diplomatic relations with Israel: Egypt in 1979 and Jordan in 1994. The UAE has now formally abolished its 40-year boycott law, allowing its companies and individuals to trade directly with Israel.

The first Israeli passenger plane flew on August 31 to the UAE carrying White House and Israeli officials. It was the first time an Israeli plane was given permission to fly through Saudi Arabian airspace.

“Now that the ice has been broken, I expect more Arab and Muslim countries will follow the United Arab Emirates’ lead,” Trump said.

“The first accord reached between the United States, Israel, and the United Arab Emirates (UAE) on August 13, 2020, is an unprecedented and courageous step toward a more stable, integrated, and prosperous Middle East,” Mat Staver, Liberty Counsel Founder and Chairman Mat Staver, who attended the signing ceremony, said.

“We are grateful for President Trump’s wise foreign policy strategy that makes today a historic breakthrough for peace between Israel and its neighbors,” Staver added. “When he took office, the Middle East had been in a state of extreme turmoil for years. Now more Arab and Muslim countries will likely seek to normalize relations with Israel which will bring peace and prosperity to the region and the people who live there.”

People from all over the world reacted on Twitter posting pictures of scenes and events they never thought would be possible in their lifetime:

I am grateful to Crown Prince Mohammed bin Zayed of the United Arab Emirates and to Foreign Minister Abdullah bin Zayed. I thank you both for your wise leadership and for working with the U.S. and Israel to expand the circle of peace.

NEVER IMAGINED I would ever read this in my lifetime !!

Never imagined this would be possible in #Dubai ! #UAEIsrael

Quote: “lasting peace and safety” this is from the now signed peace agreement Abraham Accord . pic.twitter.com/u3TPQvYScd

I will call this peace, #peace of the earth.
happiness, freedom, Interdependence, mutual prosperity and universal values
When our leaders get together and form this peace, it becomes easy to envision how our friendships can grow, and how we can live as one family. #AbrahamAccord pic.twitter.com/k0OCduW682

The walls of the Old City of Israel's capital were lit in the colors of the flags of the #UAE, #Bahrain, the USA & Israel, marking this historic day of #PeaceInTheMiddleEast. 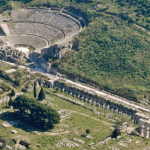 September 10, 2020
On mob mentality, Ephesus and the Christian response to riots
Next Post 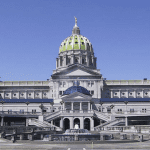