On mob mentality, Ephesus and the Christian response to riots

To better understand the Christian response to the riots unfolding on our streets, Greg Morse, staff writer at desiringGod.org, has written an excellent commentary.

In Alone Against the Mob, Morse explains, “The power of assembly can build a better society or destroy it.”

He says that, “for what feels like the first time, my generation has begun to see the destructive power of the assembly — or, to use a phrase from a recent book title, the madness of crowds,” and cites the apostle Paul’s letter to the Corinthians.

“Bad company,” Morse says, “when a company, can make the good corrupt and the bad worse.

“It takes brazen wickedness to attempt to burn down a business, loot a Target, or break into a town hall, but even a decent man, drunk on the adrenaline of the herd, may do just this when others are doing it too.”

He points to the madness of crowds in Acts 19:21, which many Christians are recalling these days. The riots occurred after Paul found disciples in Ephesus and spoke boldly for three months in the synagogue. Then he reasoned in the halls of Tyrannus for two years so that “all the residents of Asia heard the word of the Lord, both Jews and Greeks.” (Acts 19: 10)

“And God was doing extraordinary miracles by the hands of Paul, so that even handkerchiefs or aprons that had touched his skin were carried away to the sick, and their diseases left them and the evil spirits came out of them.

“… Many of those who were now believers came, confessing and divulging their practices. And a number of those who had practiced magic arts brought their books together and burned them in the sight of all. And they counted the value of them and found it came to 50,000 pieces of silver. So the word of the Lord continued to increase and prevail mightily.” (Acts 19:11-12; 18-20)

This equated to $6 million in today’s currency.

The massive influence of Christian conversion impacted the economy– it killed jobs for people who made silver shrines of Artemis. It altered an entire way of life.

Demetrius, a silversmith, stirred up the crowd– “So the city was filled with the confusion, and they rushed together into the theater, dragging with them Gaius and Aristarchus, Macedonians who were Paul’s companions in travel.” (v. 29) The theater could hold 12,000 people.

There was such great confusion that most of those in the crowd “did not know why they had come together.” (v.32)

The response to truth in AD 52-57 was mob mentality, irrational behavior and violence.

Cancel culture existed then, just as it does now.

Paul’s response is chronicled in Acts– he wanted to go into the crowd– to preach the truth of Jesus. His friends prevented him from doing so.

Next, he sent for the disciples and encouraged them. In Acts 20 we learn of the incredible amount of love the believers had for Paul– everyone was weeping– knowing they would never see him again before he left for his next missionary journey. To love someone so greatly who had been a terrorist and persecutor of Christians– evidences the power of the gospel.

Paul knew redemption was possible even for the rioters– in light of the fact that he considered himself “chief among sinners.”

Observing mob mentality of anarchists and arsonists in American streets today can be frightening and shocking. Many of them appear to be be mentally ill, are criminals and are high on drugs. They need help. But more importantly, they need salvation. Jesus is the only one who can totally transform their lost, confused lives and violent behavior into life-giving and loving, nonviolent people.

While those committing acts of violence and crimes should be arrested, prosecuted and incarcerated, a  tremendous opportunity for Christians to witness to them exists.

The foolishness of men can be transformed into wisdom if they seek to know God. The power of the gospel is that even rioters can be saved and turn from their wicked ways. There is hope because we have confidence in knowing that God is greater than anarchy and chaos. His grace and mercy endure forever. 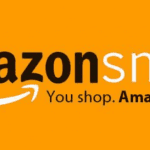 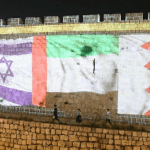 September 15, 2020 Historic Abraham Accords receive praise from Arabs, Jews [videos]
Recent Comments
0 | Leave a Comment
"So disease killed off all his family and friends and he somehow lucky? Then the ..."
David Brevik Squanto: a story of providence enabling ..."
"We definitely need a return to Christian values in our country. The choice is clear. ..."
US_Constitution RIP 1-31-2020 Texas pastors calling on Christians to ..."
"The United States will never be a clerical fascist armpit like Poland."
Statistics Palin Priest denounces Biden and Harris, offers ..."
"The Catholic Church needs de-nazification. We should start by through BXVI and Georg out of ..."
Statistics Palin Priest denounces Biden and Harris, offers ..."
Browse Our Archives
Related posts from Hedgerow