On November 6, Pastor Rob McCoy of Calvary Chapel-Godspeak, and a Thousand Oaks City Councilman, was elected as the city’s new mayor.

On November 7, a deranged killer murdered 12 people at Borderline Bar and Grill. On November 8, raging wildfires destroyed many parts of the Thousand Oaks area, and continues to ravage California.

After initially solely pastoring the 500+ congregation at Godspeak, McCoy ran for the State Assembly in 2014. He then ran and was elected as a Thousand Oaks City Councilman from 2015 to 2018. After December 11, he plans to serve the Thousand Oaks community both in and out of the church’s walls. Pastor McCoy will be sworn in as mayor on December 11.

This past Wednesday, shortly before midnight, Pastor McCoy was informed of the Borderline Bar and Grill shooting and rushed over to help. A former sheriff’s chaplain, he then went to the reunification site set up by the Sheriff’s Office to help provide information and comfort families anxious about their loved ones. Pastor McCoy stayed all night, providing solace and consolation to his neighbors and constituents in distress, for ten hours straight.

Pastor McCoy consoled bereaved families and spoke to the media. In an emotional interview with ABC News, he said: “It’s going to be a long, hard road, but this community will stand together. … That’s the only way to get through it.”

In emotional interview, mayor pro tem of Thousand Oaks: "It's going to be a long, hard road, but this community will stand together…That's the only way to get through it." https://t.co/wR5H6T3y5M pic.twitter.com/ahJLaWlk8O

The next afternoon Pastor McCoy had to evacuate his home because of the raging fire.

What a contrast to California Governor-elect Gavin Newsom, who was elected on Nov. 6 “by California evangelicals who stayed home on Election Day,” political operative and head of the American Renewal Project David Lane, argues.

Lane refers to a June 2018 report produced by Pythagoras Analytics, which found that “California has more Evangelical voters than any other state in the Union except Texas. According to a study conducted by the non-partisan and respected Pew Research Center, 63% of Californians describe themselves as Christian and 20% describe themselves as Evangelical Christians. Even if we modestly estimate that registration among Christians doesn’t exceed that of the general populations, this amounts to over 3.7 million registered Evangelicals – more voters than the whole state of Arizona.”

Lane adds that there are “few people who seem to be more unfit for leadership than Governor-elect Gavin Newsom.” One only needs to look to what he did as mayor of San Francisco to get a glimpse into what his governorship will look like.

In February 2004, in a “calculated defiance of state law” Newsom annulled the vote of 4.6 million California who defined “only marriage between a man and a woman [as] valid or recognized in California.” Sixty-one percent of voters supported Proposition 22; 39 opposed it.

As a single politician elected to represent his constituency, he did the opposite, by invalidating the will of 4.6 million voters.

One can only imagine what he will do in defiance to election laws, citizenship, sanctuary cities, border security, taxation, and universal healthcare.

California needs more leaders like McCoy. Hopefully his example will help others to lead in acts of service, rather than self-service, to reverse the self-destructive course California leaders have forged. 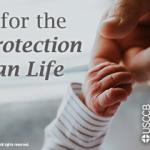 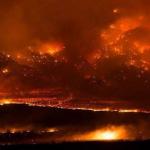 November 26, 2018 Magalia church preserved amidst raging inferno
Browse Our Archives
get the latest from
Hedgerow
Sign up for our newsletter
POPULAR AT PATHEOS Evangelical
1

Having Said That...There Are Times When...
Roger E. Olson
Related posts from Hedgerow