The first openly “lesbian bishop” has been “consecrated” by the Episcopal Diocese of Michigan in February 2020.

Her position is being touted as one who “will not lead to further large-scale departures from the denomination.”

Bonnie A. Perry, the eleventh bishop of the diocese, was elected by the Special Electing Convention in Detroit last year; she officially took on the role this month.

In 2003, the Episcopal Church consecrated its first openly homosexual bishop in its history, Rev. Gene Robinson in New Hampshire. (The denomination, an Americanized version of the Anglican Church of England, was founded in 1607 in Jamestown, Virginia.)

These churches appear to be in open rebellion against God’s word and are defiling the church as apostates, according to the teachings of scripture.

Jesus predicted there would be a great deal of apostasy:

“And then many will fall away and betray one another and hate one another. And many false prophets will arise and lead many astray. And because lawlessness will be increased, the love of many will grow cold. But the one who endures to the end will be saved.”  (Matt. 24:10-13)

In an excellent book about Old Testament prophets, The Word of the Lord, Nancy Guthrie points out essential biblical truth:

“No one who claims to be part of the people of God yet lives in ongoing, unrepentant rebellion against the commands of God can anticipate inheriting all that God has promised or enjoying the rest that God provides. Instead, he or she can anticipate an eternity away from the presence of God.”

Jesus said those who do not keep his commandments do not know him or love him, those who say they know or love him and don’t obey him are lying. (1 John 2:3-6)

We know what perfect love is in Jesus’ obedience to death on a cross– despite him asking three times to have this burden lifted from him. Jesus could have claimed equality with God as a justification to disobey. Yet he obeyed instead. (Philippians 2:6-8; Hebrews 5:8,9)

If we truly trust in Jesus, we must be willing to surrender our own desires if they are contrary to God’s will. Obedience entails sacrifice– but its chief end is to glorify God. And God gives us the strength to obey.

Those who appear to masquerade as Christians in a church proclaiming apostasy as truth or anything remotely related to Christianity are like those Jesus describes in Matthew 7:21: “Not everyone who says to me, ‘Lord, Lord,’ will enter the kingdom of heaven, but only the one who does the will of my Father who is in heaven.”

To do the will of the Father we must first confess our sins. Continuing to flaunt it and call that which is evil good, or even holy, is an abomination to God.

It is clear what the Bible teaches about homosexuality: “The LORD detests a perverse man.” (Proverbs 3:32)

“Everyone who loves to practice falsehood,” including the “sexually immoral,” Jesus warned will not enter heaven. (Rev. 22: 15)

If the Bible bears any relevance at all to anyone left in the Episcopalian Church, they should consider reading Romans 1: 18-32, repent, and turn to God seeking mercy and forgiveness.

We know from God’s Word (1 John 1:9) that, “If we confess our sins, he is faithful and just to forgive us our sins and to cleanse us from all unrighteousness.”

May we pray for her, and others like her, to repent, and stop spreading falsehood that appears to be nothing but outright rejection of biblical truth. 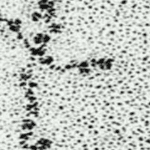 February 11, 2020
Foghorn alert #2: The message of Colossians 1:15-17 and laminin—the molecule that looks “like a perfectly shaped cross” and points to the cross of Christ, which holds the universe together.
Next Post

February 24, 2020 Who is a Christian and how can you tell?
Browse Our Archives
Follow Us!

People Are Excited about a New...
Ponder Anew
Related posts from Hedgerow 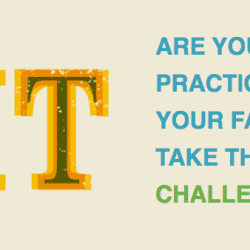 Evangelical
One student's stand for faith in public school...
Hedgerow 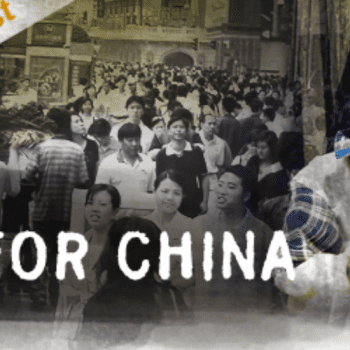 Evangelical
Who is Jesus?
Hedgerow 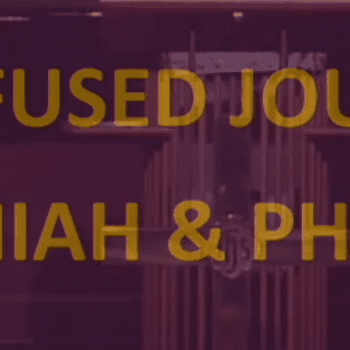 Evangelical
One of the best studies on Joy in...
Hedgerow
TRENDING AT PATHEOS Evangelical

An Essential Business
I happened to cut my gum yesterday, while foolishly trying to floss...
view all Evangelical blogs
Copyright 2008-2020, Patheos. All rights reserved.