Numerous eyewitnesses testified to hearing the claims Jesus made about himself.

The Bible also says that God testified to Jesus being his Only Son whom he loves.

The Bible tells us that Jesus was sent to save people from their sins and to reconcile them to God. Jesus suffered physical pain and death and rose from the dead. It also tells us that Jesus now sits at the right hand of God the Father in heaven, interceding for believers and restraining evil. He has promised to come again, to avenge those who have persecuted his people, and to bring his people home to a new heaven and new earth.

To better understand what appear to be contradictory or confusing statements, some have found using the method of logical equivalence, called the trilemma, to be helpful. Throughout western culture, leaders in business, economics, law, and philosophy have all used the trilemma in order to assess whether a claim is true or false.

This method, first recorded and used in 1725 by the British Protestant minister Isaac Watts and became more widely known through the work of British apologist and scholar, C.S. Lewis.

In Mere Christianity Lewis uses the method of the trilemma to argue that based on the statements Jesus made about himself only one of three statements can be true. In Book 2, Chapter 3, Lewis argues,

“Then comes the real shock. Among these Jews there suddenly turns up a man who goes about talking as if He was God. He claims to forgive sins. He says He has always existed. He says He is coming to judge the world at the end of time. Now let us get this clear… what this man said was, quite simply, the most shocking thing that has ever been uttered by human lips. Now unless the speaker is God, this is really so preposterous as to be comic.

“I’m trying her to prevent anyone saying the really foolish thing that people often say about Him: ‘I’m ready to accept Jesus as a great moral teacher, but I don’t accept His claim to be God.’ That is one thing we must not say. A man who was merely a man and said the sort of things Jesus said would not be a great moral teacher. He would either be a lunatic—on a level with the man who says he is a poached egg—or else he would be the Devil of Hell.

“You must make your choice. Either this man was, and is, the Son of God: or else a madman or something worse. You can shut Him up for a fool, you can spit at Him and kill Him as a demon; or you can fall at His feet and call Him Lord and God. But let us not come with any patronizing nonsense about His being a great human teacher. He has not left that open to us. He did not intend to.”

To summarize, either Jesus was one of three things:

Jesus did not claim to be a “moral teacher.” In fact, none of the great moral teachers and prophets throughout history ever made the claims that Jesus did.

One can “feel” or express an opinion about anything or anyone. But feelings are not facts. Jesus was not “a good person.” To make such an argument is unsubstantiated, meaning it is a claim unsupported by evidence.

If Jesus is who he says he is, what conclusion can we make about contradictory claims others make about him?

The responsibility is on the denier to prove that Jesus was insane or a liar based on the claims Jesus made about himself.

What we decide from this defines our “core belief,” or the German concept of Weltanschauung. No English word can adequately translate the German meaning, but its concept embodies what American-Swiss evangelist, Francis Schaeffer, called our worldview.

Our worldview is so important that it constitutes a person’s definition of reality, truth, and falsehood. One’s worldview defines a person’s identity, shaping how he or she perceives others and him or herself.

What we believe about Jesus shapes our worldview and determines the outcome of our lives. We can choose not to believe in him. But disbelief does not alter the fact that Jesus is either a lunatic, liar or Lord. 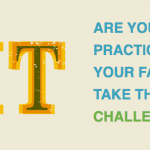 March 3, 2020 One student's stand for faith in public school brought him to the White House [video]
Browse Our Archives
get the latest from
Evangelical
Sign up for our newsletter
POPULAR AT PATHEOS Evangelical
1

Should Christians Fight the Culture or...
Cranach
Related posts from Hedgerow

The Satyr Shall Cry To His Fellow: Bible...
Today’s post concerns two topics of long-standing interest to me, and how...
view all Evangelical blogs
Copyright 2008-2021, Patheos. All rights reserved.