The case, Espinoza v. Montana Department of Revenue, is considered to be a landmark religious liberty and school choice case because it has now reversed a requirement imposed by former president Ulysses S. Grant and Congress in 1875 that impacted 37 states.

In his final address to Congress in December 1875, President Ulysses S. Grant suggested that an amendment to the U.S. Constitution be proposed, “prohibiting the granting of any school funds, or school taxes … for the benefit of or in aid … of any religious sect or denomination.”

He argued doing so was “the duty of each of the several States to establish and forever maintain free public schools adequate to the education of all of the children.”

Montana’s high court cited the state’s Blaine Amendment when it struck down the state’s tax credit scholarship program first created by the legislature in 2015. The law allowed tax credits to fund education scholarships, which the state Department of Revenue later stipulated could not be used to fund religious school education.

Three parents sued the department, and the case eventually landed before the state’s highest court, and finally, the U.S. Supreme Court. In the majority opinion, Chief Justice John Roberts wrote, “A State need not subsidize private education. But once a State decides to do so, it cannot disqualify some private schools solely because they are religious.”

Jeanne Allen, the founder and chief executive of the Center for Education Reform, said the ruling was “an extraordinary victory for student achievement, parental control, equality in educational opportunities, and First Amendment rights. For many families, Espinoza not only provides the potential for expanded opportunities for them to educate their children, including the choice of religious education, but also the right to decide what they believe is the most effective way to do so.”

The Michigan-based Mackinac Center for Public Policy, one of several groups across the country to file an amicus brief in support of the parents who challenged the Montana ban, also celebrated the decision.

“The Supreme Court has torn down a wall that stood in the way of many families seeking choice in education,” Ben DeGrow, director of education policy at the Mackinac Center, said in a statement. “This is a major victory for families who wish to take charge of their children’s education, but Michigan families still face another hurdle. It’s imperative to take steps to ensure that Michigan’s students aren’t left behind.”

Now all states with Blaine Amendments will need to repeal or amend them to comply with the Supreme Court’s ruling. 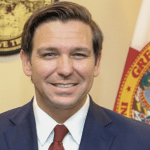 July 16, 2020
DeSantis does what should have been done a long time ago: require parental consent for minors to get abortions
Next Post 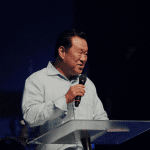 July 21, 2020 California churches defy Newsom, sue over 'unconstitutional' executive orders
Recent Comments
0 | Leave a Comment
Browse Our Archives
get the latest from
Evangelical
Sign up for our newsletter
POPULAR AT PATHEOS Evangelical
1