Today attorneys from the nonprofit religious freedom organization, Liberty Counsel, presented oral arguments before a three-judge panel of the Seventh Circuit Court of Appeals arguing against a federal judge’s ruling that had prohibited a Nativity scene from being displayed at the Jackson County Courthouse in Indiana.

At issue is whether or not religious and secular symbols and displays can be displayed on public property, according to the Establishment Clause of the First Amendment.

At the time the Nativity scene was put on display, so also was an annual holiday display, which includes figures depicting a large lighted Santa Claus, a sleigh with reindeer, and a group of Christmas carolers. The courthouse grounds are also decorated with lights and non-religious symbols related to the holiday season.

The U.S. Supreme Court and numerous federal appeals courts have recognized that government entities may recognize Christmas as a holiday and may maintain Christmas displays that include both religious and secular symbols. Yet Judge Tanya Pratt ruled that the Nativity scene figure could not be displayed on court grounds.

Liberty Counsel filed a motion asking the court to allow the Nativity scene to be displayed during the holiday season this year while the judges make a decision.

The plaintiff who sued the county, which is represented by Liberty Counsel, does not live or work in the county and does not transact any business in the Jackson County Courthouse. In order to be able to sue, a plaintiff must have standing.

The judge wrongly found that the plaintiff had standing to sue, which Liberty Counsel says she does not. And the opinion the judge issued does not use Supreme Court precedent, “discusses several conflicting opinions that used three different tests. …  The opinion states the display passes some of the conflicting tests and fails others.”

The judge’s “flawed reasoning on both the issue of standing and the Establish Clause” could mean that if appealed, the case could ultimately be heard by the U.S. Supreme Court.

In Lynch v. Donnelly, 465 U.S. 668 (1984), the United States Supreme Court held that such a Nativity scene was permissible to display on public property, stating:

To forbid the use of this one passive symbol—the crèche—at the very time people are taking note of the season with Christmas hymns and carols in public schools and other public places, and while the Congress and Legislatures open sessions with prayers by paid chaplains would be a stilted over-reaction contrary to our history and to our holdings. If the presence of the crèche in this display violates the Establishment Clause, a host of other forms of taking official note of Christmas, and of our religious heritage, are equally offensive to the Constitution.”

“The Jackson County holiday display does not violate the First Amendment. The Supreme Court and many federal courts have ruled such displays are constitutional, especially when the display includes other secular symbols of the holiday, and this display in Jackson County is no exception. The High Court has never recognized this type of manufactured ‘offended’ observer standing and this challenge fails for both lack of standing and lack of merit.” 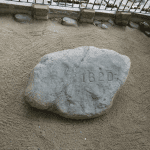 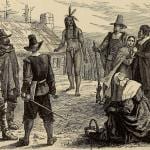