Squanto: a story of providence enabling the Pilgrims to survive [video]

Much has been written about Squanto, also known as Tisquantum, a Native American Indian of the Patuxet tribe, who helped the Pilgrims survive and celebrated with them at the first Thanksgiving feast in 1621.

This November marks the 400 year anniversary of the Pilgrims landing at Plymouth Rock in Plymouth, Massachusetts. Many believe they would not have survived if it were not for the help of Squanto.

What many may not know is that in God’s providence, Squanto’s trials of being kidnapped and sold into slavery, acts that others meant for evil, God orchestrated for good.

Squanto could not have known at the time that being kidnapped would save his life. He also learned English, which helped him later in life, as well as other skills from his travels. Had he not made it back to his homeland with the help of many others he would not have been able to help the Pilgrims survive.

Weymouth brought them to England and Squanto lived with Sir Gorges who taught him English. Gorges also hired Squanto to be an interpreter and guide.

In 1614, Squanto returned to the New World with John Smith (Pocahontas’ John Smith). He was then kidnapped again, this time by an associate of Smith’s, Thomas Hunt. Hunt’s plan was to sell Squanto and others as slaves in Spain.

When they arrived in Spain, Squanto escaped. In God’s providence, he lived with Franciscan Friars for a few years, with the hope of returning to his homeland in Massachusetts, which he was able to do five years later.

He eventually reached England in 1619 and boarded a ship headed for Massachusetts. When he arrived, he searched for his tribe, only to learn that every single one of them had died from the smallpox disease.

The Pilgrims arrived in 1620 and founded Plymouth Colony.

By that time Squanto had already returned to the Patuxet region and was living with the nearby Wampanoags Indians. There was ongoing infighting among various Indian tribes in the region.

He taught the Pilgrims about native crops, how to plant, harvest and store their food. He also taught them how and where to fish.

In the fall of 1621, the Pilgrims and roughly 90 Wampanoags Indians celebrated the first Thanksgiving in North America. The Pilgrim’s harvest was plentiful and they celebrated for three days thanking God for his provision over their lives.

William Bradford, the second governor of Plymouth, reportedly said that Squanto was, “a special instrument sent of God for their good beyond their expectation.”

Excellent books to read about this include William Bradford:Plymouth’s Faithful Pilgrim by Gary Schmidt, and Squanto, Friend Of The Pilgrims.

An excellent series to watch is Saints and Strangers produced by National Geographic, which can be watched on demand. The below trailer is from 2015. 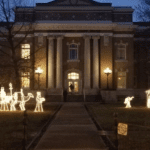 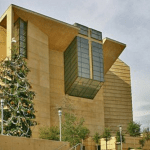 November 16, 2020 Costly Prayer: Roman Catholic church pays $1000 fine for two women praying inside church
Recent Comments
0 | Leave a Comment
"So disease killed off all his family and friends and he somehow lucky? Then the ..."
David Brevik Squanto: a story of providence enabling ..."
"We definitely need a return to Christian values in our country. The choice is clear. ..."
US_Constitution RIP 1-31-2020 Texas pastors calling on Christians to ..."
"The United States will never be a clerical fascist armpit like Poland."
Statistics Palin Priest denounces Biden and Harris, offers ..."
"The Catholic Church needs de-nazification. We should start by through BXVI and Georg out of ..."
Statistics Palin Priest denounces Biden and Harris, offers ..."
Browse Our Archives
Related posts from Hedgerow