Are we in bondage to a Book? 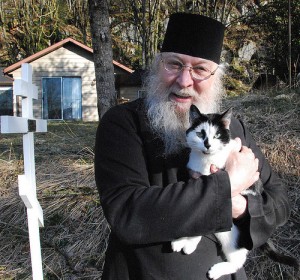 In a recent email exchange with Orthodox Archbishop Lazar Puhalo, he expressed concerns about the recent situation in Turkey (to which the Archbishop is slated to travel this fall) as well as his take on the the root reason for the conflict–Prime Minister Recep Tayyip Erdogan’s surreptitious attempt to institute Islam. The Archbishop sees this as a form of religious violence that is repeating itself all over the world. I found his perspective rather interesting. He gave me permission to reprint his thoughts in full below. I’d be curious to know what others think.

We should never overlook acts of religious violence against individuals and their personhood. Difficult as it is for us to engage, religion in general is antithetical to democracy and prone toward one or another form of violence, by its very nature. Everyone’s dogma is “divinely revealed” in the inscrutable cacophony of Olympus, Sinai or banyan forests. Anyone who deviates from someone’s system of dogma is “dangerous” and in need of punishment of extermination, or at least bullying. How could it be different for Christians who deeply believe that God is the supreme bully, the apex of child abuse, omnipotent, but unable to simply forgive because He is in thrall to some immutable law of the universe that demands vengeance and a death penalty?

We are in bondage to a book. Truly, we are in bondage to a book that cannot be interpreted the same by all people, and every group, bound to a set of interpreted propositions, must consider every other group, bound by a different set of interpreted posits, worthy of death or dismemberment. Not Christians only. All the terrorism in Iraq today is aimed by one set of Quaran followers against another set. There are, in particular, three Books that hold the vast majority of the world’s population in bondage, yet no two groups of “Book Absolutists” manage to interpret any of the three books the same way. Even Zarathustra’s book generated agitated divisions among his followers.

Ultimately, too many people worship The Book, rather than the deity they proclaim to be great. There is not only a bondage of the Book, but a narcissism of the Book. Discussing the sources of violence in religion, one might think, begins with deciphering the vision of God and the dogmas about salvation.

Mansplaining in the Bible, and a...
Freelance Christianity
Related posts from Hellbound

Progressive Christian
Why so many white evangelical Christians are incompetent...
Hellbound