Kevin Miller is an award-winning screenwriter, director and producer who has applied his craft to numerous documentaries, feature films and shorts. Recent projects include "The Chicken Manure Incident," "Hellbound?," "Drop Gun," "No Saints for Sinners," "spOILed," "Sex+Money," "With God On Our Side," "Expelled: No Intelligence Allowed" and "After..." In addition to his work in film, Kevin has written, co-written and edited over 60 books. Need someone to edit your book? Kevin's your man. He lives in Kimberley, BC, Canada with his wife and four children.

All Posts by Kevin

You go ahead and keep feeling; I'll do...
It seems to me that when it comes to controversial topics like... read more

Three minutes well spent on understanding terrorism
This is a video by former CIA officer Amaryllis Fox. One of... read more

The Conjuring 2: An example of why movies...
The other day I was approached by someone from Grace Hill Media,... read more

Check out a new documentary I wrote and...
It's a "making of" film about a new album called Songs for... read more

When you reduce your position to a hashtag,...
Like many people in the progressive/emergent Christian community, I've been following the... read more

Sally Kohn almost gets it right--but gets it...
In a recent article on terrorism, Elizabeth Plank posted the following tweet from... read more

Just because something hurts doesn't mean it's the...
I realize I take some swipes at various people and groups on... read more

The best response I've seen to "The Interview"...
read more

Why so many white evangelical Christians are incompetent...
Writer Samuel Johnson once said that "Patriotism is the last refuge of... read more
Browse Our Archives
POPULAR AT PATHEOS Progressive Christian
1 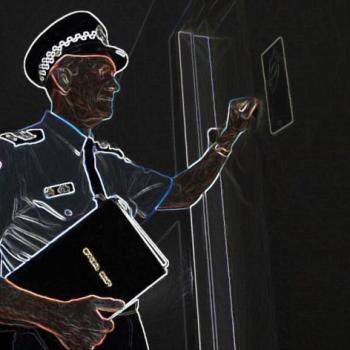 Most Evangelicals Agree: Jesus Is NOT...
Keith Giles
TRENDING AT PATHEOS Progressive Christian

May 23 Flashback: Strachan-ded
Being a Strachan-esque sexist jerk doesn't make you a heretic. It's much...
view all Progressive Christian blogs
Copyright 2008-2021, Patheos. All rights reserved.