The Conjuring 2: An example of why movies cost so damn much

The other day I was approached by someone from Grace Hill Media, one of many marketing companies that help spin films toward faith-based audiences, to see if I was interested in partnering with them to help promote upcoming films on my blog. I said sure, mostly because they offered some free perks, like press screenings, giveaways, access to filmmakers and stars for interviews, etc. Well, today I got my first “perk.” It’s for the Conjuring 2. Take a look. 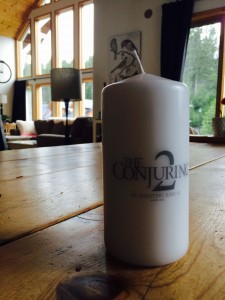 That’s right, a big, fat, frickin’ candle. But that’s not all. 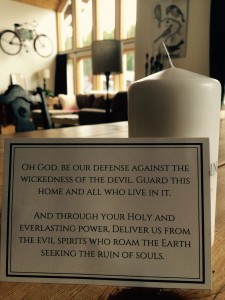 It also came with this nifty prayer card. But that’s not all. 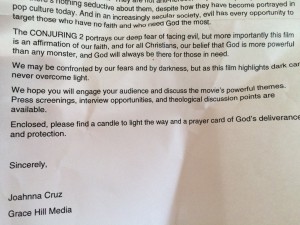 It also came with a letter that warns that monsters are real and scary and that God is more powerful than any monster. Wow.

To be honest, I quite enjoyed the first Conjuring film, and I’ll probably enjoy Conjuring 2. But seriously. A frickin’ candle?

You know how much it cost to ship that thing to me? All the way to Canada via Fedex? Think about hundreds of candles going out there into the world. Representing your film. Think of all the other ways your distributor could have spent that money.

Well, at least I can light it tonight, say my prayer, and know I’m safe from monsters. Nothing superstitious or primitive about that. Nope. not at all. It’ll probably be the last free perk I receive from Grace Hill media, but it’s  big, fat candle, so it’ll probably burn for a while. All the better to keep the monsters away. In the meantime, after you watch the trailer for the Conjuring 2, why not watch this clip about real devils? From Seinfeld, no less.