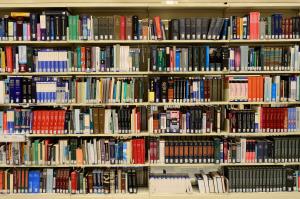 The writings of St. Clement of Alexandria have long been criticized and censored by those who thought they were scandalous. He was a convert, a philosopher, a humanist, a catechist, and a major patristic theologian who often reflected upon and engaged the views of a diverse group of thinkers, many of whom he contested but nonetheless thought their ideas were important enough to mention to his readers. He wanted Christians to know what was being said by Christians, non-Christians, and those who lived somewhere in between Christianity and non-Christianity, such as the Gnostics, so that being educated, Christians would have a solid foundation for discussing their faith with others. If Christians were not exposed to the beliefs and arguments of others, they could become easily confused and manipulated when they are later confronted by them, allowing the errors of the past to repeat themselves in the future.

Clement, likewise, was a thinker who embraced what he thought was the best of his culture, the best of philosophy, causing him to hold various controversial views. His most important writings, like the Hypotyposes have been lost. Apparently, they were filled with ideas that got later Christians, like St Photius, concerned: Photius believed it was impossible for them to be by Clement because Clement was a saint. The Hypotyposes was said to be “more Origenistic than Origen.” Perhaps because of this, many of his works were purposefully destroyed. Likewise, centuries later, Pope Sixtus V removed St. Clement of Alexandria from the universal (Roman) calendar because his writings were said to be “too Gnostic.”[1]  Finally, his willingness to discuss sexual concerns, exposing both the ideas of many Gnostics as well as some of his own which were not liked by the nineteenth century translators of the Ante-Nicene Fathers, led to many sections of his texts being untranslated in the Ante-Nicene Fathers series. This was done in order to prevent scandal. For example, the tenth chapter of the second book of The Teacher was left in Latin, with the following explanation in the footnotes:

For obvious reasons, we have given the greater part of this chapter in the Latin version. [Much of this chapter requires this sacrifice to a proper verecundia; but the learned translators have possibly been too cautious, erring, however, on the right side of the question].[2]

The most “obvious” reason was that the chapter was about sexuality, gender, and similar issues. Clement was willing to discuss concepts which later became taboo. Then, when a reader comes to the Stromata, they will find that the whole of Book III was left untranslated. Once again, the subject matter was the issue: it dealt with sexual issues, exposing the ideas of various Gnostic writers in the process: “After much consideration, the Editors have deemed it best to give the whole of this Book in Latin.”[3]

St. Clement of Alexandria represented the broad depth of knowledge which education is supposed to provide, while his critics, finding things offensive in his writings, represent the ignorance which is often promoted under an idolatrous notion of piety. This is not because piety is bad, but legalistic piety which does not allow for the full development of the human person, trying to hide from them elements of the world at large, undermines the point of education and with it, the point of piety itself. “The mind of him who has understanding seeks knowledge, but the mouths of fools feed on folly” (Prov. 15:14 RSV).  Piety is impious when it is founded upon willful ignorance: foolishness is not wisdom, and a lack of wisdom is a lack of the love of truth which centers itself upon the truth itself, that is God.  “Give instruction to a wise man, and he will be still wiser; teach a righteous man and he will increase in learning” (Prov. 9:9 RSV). Those who think teaching and explaining the world and the thoughts of others will lead to impiety ignore that wisdom and knowledge are good, and that righteousness will only increase through such learning instead of being hindered by it. “An intelligent mind acquires knowledge, and the ear of the wise seeks knowledge” (Prov. 18:15 RSV).

St. Clement of Alexandria challenged his readers, but he also provided his them the means to think for themselves, to see beyond various dangerous ideologies by being exposed to them, allowing them to have some basic insight as for how and why those ideologies were erroneous. Those who censored his writings, either by destroying them or limiting access to them to some sort of “elite,’ only hindered Christians from being educated. Just as vaccines help the body resist disease, so being educated helps the mind resist various dangerous ideologies.  This is why censorship which tries to hinder such knowledge, censorship which hides the facts from students, should have no place in the university setting. While there might be troubling thoughts and ideas found in the writings of various thinkers and authors, ignoring them will do no one any good. Trying to hide them from the sight of students will encourage students to seek them out and engage them in a less-than-wholesome fashion. This is why students should be given a diverse amount of reading, including from authors and sources which challenge them, even those which seem impious or blasphemous, so that they have a proper understanding of the world at large and the spectrum of thought which they are going to have to face living in modern society. Hiding in a corner from the world is an immature reaction to the world itself. Cardinal Newman was right: Christians should fear no knowledge, that is, they should not fear exposure to the world, but rather, welcome it, especially when dealing with the university setting:

Difficult then as the question may be, and much as it may try the judgments and even divide the opinions of zealous and religious Catholics, I cannot feel any doubt myself, Gentlemen, that the Church’s true policy is not to aim at the exclusion of Literature from Secular Schools, but at her own admission into them. Let her do for Literature in one way what she does for Science in another; each has its imperfection, and she has her remedy for each. She fears no knowledge, but she purifies all; she represses no element of our nature, but cultivates the whole. Science is grave, methodical, logical; with Science then she argues, and opposes reason to reason. Literature does not argue, but declaims and insinuates; it is multiform and versatile: it persuades instead of convincing, it seduces, it carries captive; it appeals to the sense of honour, or to the imagination, or to the stimulus of curiosity; it makes its way by means of gaiety, satire, romance, the beautiful, the pleasurable. Is it wonderful that with an agent like this the Church should claim to deal with a vigour corresponding to its restlessness, to interfere in its proceedings with a higher hand, and to wield an authority in the choice of its studies and of its books which would be tyrannical, if reason and fact were the only instruments of its conclusions? But, any how, her principle is one and the same throughout: not to prohibit truth of any kind, but to see that no doctrines pass under the name of Truth but those which claim it rightfully.[4]

This, then, demonstrates how deplorable the attack against Dr.  Stephen Lewis at Franciscan University by people at Franciscan and various pseudo-Catholic online media representatives. Dr. Lewis, being an educator, used a book, The Kingdom, to teach his students about contemporary literature and how it references religious themes, not to support it, but have his students familiarize themselves with the contemporary social situation. In this fashion, he followed the example set by St. Clement of Alexandra as well as following the direction of university education promoted by Cardinal Newman. It is not as though he was doing something new and shocking: rather, students at Catholic universities have historically read and engaged shocking, indeed, blasphemous texts. Thankfully, not everyone at Franciscan agree with the treatment given to Dr. Lewis and his family.  There are many there who have been given the catholic sense of education, the need to read from a diverse variety of thoughts and traditions, including works which are antithetical to Catholic beliefs. Education is lost when such texts remain hidden, while knowledge increases when texts are examined, allowing their good points (if any) be realized while their errors, likewise, are able to be examined and discussed for the better development of all.  But, as so-called Catholic media creates conflicts, trying to dominate and control what is learned or not learned at universities, Dr. Lewis has been removed from his position as chair in order to satisfy the witch hunt, demonstrating not only the lack of catholic principles in the media shakedown, but at Franciscan itself, as the university is unwilling to defend its position as a university educating and preparing students for the world at large. It is not meant to be a catechism class. It is not even a seminary. It is a university. And if it wants to keep its status as a university, it needs to make reparations for its disgraceful treatment of faculty who challenge the non-Catholic ideology of the pseudo-Catholic media.

The university system is supposed to build up its students, preparing them for the real world, not for the sake if any particular ideological group with its erroneous opinions. What is helpful is what is important. What builds up is important. Reading and dissecting challenging material is exactly what a university education should promote. It is what the Catholic intellectual tradition promotes. We should stop acting like censors who are concerned and shocked when Catholic educators reveal to their students elements of the world which differ from a Catholic sensibility, for by doing so, we in turn go against that very Catholic sensibility. We would be failing to live up to the standards which are needed if we want to provide to the next generation the knowledge and wisdom they need, not only to hold the faith for themselves, but to hand down it down to the next generation. And handing down the faith is what a Catholic university should promote.

[1] The removal from the calendar did not remove his sainthood, but instead, removed the universal celebration of his feast in the Roman Rite.

[2] St. Clement of Alexandria, The Instructor in ANF(2):259  The portion in the brackets are from the American editors of the text. 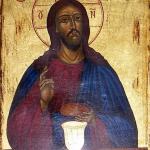 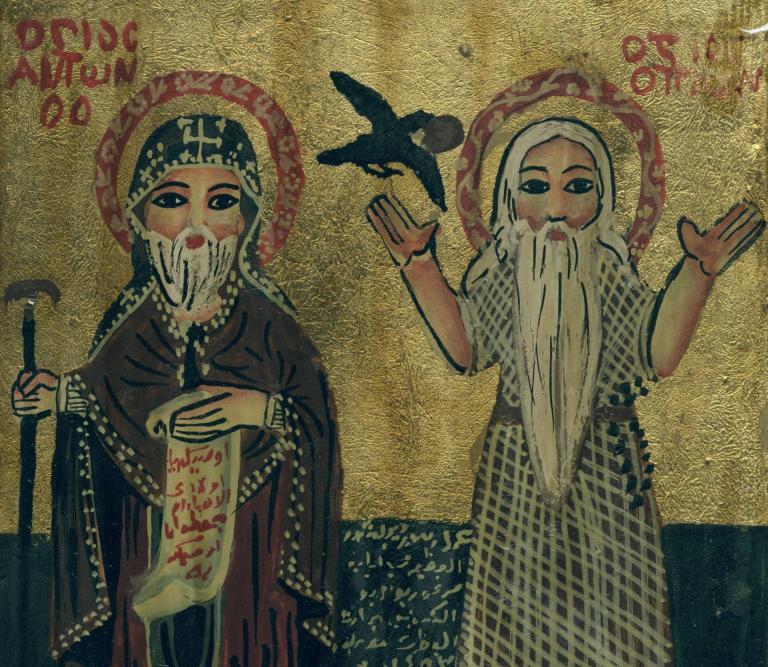 On the Patriot Front's Appearance at...
Steel Magnificat
Related posts from A Little Bit of Nothing 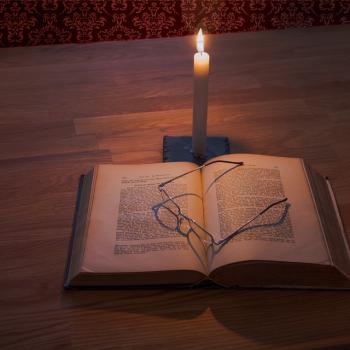 Catholic
Truth, Education, And Teaching Authority
A Little Bit of Nothing 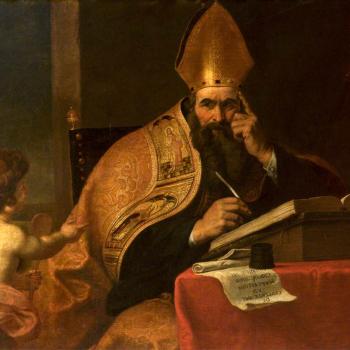 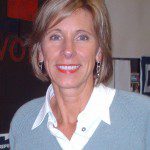 Catholic
Draining the Swamp? No. He's Building It Up
A Little Bit of Nothing 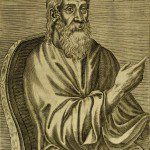 Catholic
Ante-Nicene Ressourcement: Interpreting The Anger of God (Part...
A Little Bit of Nothing
TRENDING AT PATHEOS Catholic