Mawlid – an Opportunity for Intrafaith Dialogue 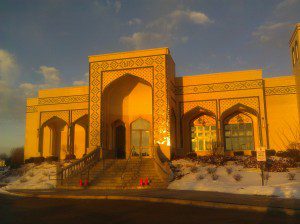 In the last few weeks, Muslims around the world have been celebrating the month in which our beloved Prophet was born (the Mawlid I wrote about here). Last week I accepted an invitation by the Sunni-Shia Unity Council of Chicago to attend an intrafaith dialogue program, held annually on the occasion of the Mawlid. The event was hosted by the Bait-ul-Ilm Academy, a stunning and environmentally friendly mosque and school complex, in north suburban Chicago. I had seen photographs of this mosque before –  submitted to my other blog, Side Entrance by female congregants – but nothing prepared me for seeing it’s sheer architectural beauty in person.

Upon entering the mosque, my friend and I were ushered into the main sanctuary where the congregation typically prays. Though the event was billed as a conference, it was really a series of three short speeches (an all-male roster) with no opportunity for questions by the audience, interspersed with Urdu-language naats (praise-songs of the Prophet Muhammad). The lectures themselves were illuminating and it was critical that well-regarded faith leaders from both communities shared their thoughts, hopes, activities and prayers for intrafaith dialogue and cooperation. We heard from Dr. Mohammed Kaiseruddin, the chairman of the Council of Islamic Organizations of Greater Chicago (CIOGC); Naim Baig, the Secretary-General of the Islamic Circle of North America (ICNA) and Hujjatul Islam Syed Sulayman Hasan Abidi, the Religious Director at Bait-ul-Ilm. I wrote down a few take-aways from the speeches:

Dr. Kaiseruddin discussed some of the sectarian atrocities happening around the world and urged Chicago’s Muslims to not fall into traps that prioritize geo-political gains at the expense of the lives of our Muslim sisters and brothers. He reminded the audience of the Prophetic teaching, that the ummah (global Muslim community) is like a body: if one part of the body is ill, the whole body reacts in concert to isolate the disease and heal itself. He reiterated his support of the Sunni-Shia Unity Council and extended a hand of cooperation on behalf of the Sunni community to the primarily Shia audience. Mr. Baig gave a humorous, optimistic and realistic talk, choosing to focus on the love all Muslims have for the Prophet Muhammad. He said that when giving “Islam 101” talks, he’s often asked to explain sectarian differences; his response is always to underscore the commonalities all Muslims share instead. He requested the young people in the audience to join and strengthen MSAs at their universities, stating that the letters don’t stand for Muslim Sunni, Shiah or Salafi Association, but for Muslim Students Association. And they would be enriched by the participation of all Muslims on campus. Finally, he offered to provide institutional support for an intrafaith community service project that would benefit needy schoolchildren in Chicago’s inner cities.

The final speech of the day was by Maulana Abidi, a US-raised cleric of my own generation, who expanded the discussion. He began by extending condolences to the Dawoodi Bohra community on the recent passing of their spiritual leader, Dr. Seyidna Mohammed Burhanuddin. He reminded the audience that while the violence wracking Syria is often painted in sectarian light, one of the greatest tragedies of that conflict is the endangerment of the Christian community. Without white washing Islamic history, Middle Eastern Christian communities had not only survived under Muslim rule; they often thrived. They’d been able to preserve their languages, traditions, history, buildings and religious relics – more or less – for over a thousand years. And now they are facing extinction, a tragedy for all Muslims. Maulana Abidi acknowledged that Sunnis and Shias historically focused on different aspects of the faith: Sunnis honor the positive change accomplished in Arabian society through Islam, the Prophet and his Pious Predecessors. While Shias have traditionally asked, “Where have we fallen short and how can we improve?” as a collective Muslim community. Maulana Abidi concluded his talk by recognizing the invaluable contributions of the Isma’ili Muslim community to our faith. Even if Muslims disagree with each other on points of theology, it is important to honor each other and work toward cooperation. 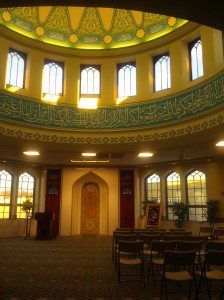 After the lectures ended, Shireen, a member of Bait-ul-Ilm’s ethnically diverse congregation (with worshipers hailing from South Asia, the Middle East, Iran, East Africa and the US), welcomed me downstairs to the dining halls where we enjoyed halal chicken club sandwiches, samosas, pakoras and chai.  Last year, Shireen had submitted photos of her mosque’s prayer space to Side Entrance and invited me to visit her congregation in-person. We discussed the mosque’s environmentally friendly building, her recent pilgrimage to Karbala and our hopes that intrafaith dialogue would lead to intrafaith cooperation in Chicago. My afternoon at Bait-ul-Ilm  reminded me that America is home to the most diverse Muslim community in the world. We have the opportunity to challenge the racial, sectarian, ideological and gender cleavages that ravage so much of the Muslim-majority world. We have the opportunity to bask in the diversity of Islam, learn from one another and strengthen our own convictions by dint of interacting with Muslims who share the same faith and country and the same struggles against Islamophobia and racism. And who share the challenge of authoring a collective American Muslim narrative, which is incomplete if it does not include the rich diversity inherent within our communities.

I was honored to have been invited to this event and wish that it was was longer; I would have loved to delve into Maulana Abidi’s tantalizing statements about the differences between Sunnis and Imami Shias. I believe that it’s critical for Muslims to work toward unity, for which honest intrafaith education must be a cornerstone. I also wish that more of my Sunni sisters and brothers were aware of it. Later that evening, I was at a Zakat Foundation service program that benefited needy children in Chicago.  I mentioned my intrafaith day with the people I saw there, who were primarily Sunni. Each person I spoke to was A) pleasantly surprised that Chicago even has a Sunni-Shia Unity Council and B) wished they’d known about the intrafaith event. Though Bait-ul-Ilm has been hosting the Intrafaith Dialogue Conference for 8 years, the event is still little known among Sunnis. The Sunni-Shia Unity Council was recently formed last Ramadan; members of that committee are still building and strengthening their own personal and working relationships.

I hope that they also focus on sharing their work with the rest of the Muslim community in Chicago. I have written in the past, building Sunni-Shia unity is one of the most critical challenges of the American Muslim community, along with internal anti-black racism and the barriers women and girls face in Muslim spaces. It is painstaking and difficult, and the effects of sectarian violence overseas often bleeds over to our shores, but we all must rise to the intrafaith challenge. As Maulana Abidi reminded the audience in his closing, “We are not members of different teams; we are different members of the same team.” I’m more of a figure skating enthusiast, but in this particular game, I’m ready to play ball.

See more of my photos of Bait-ul-Ilm Academy here. 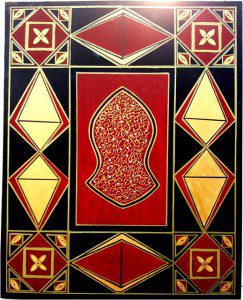 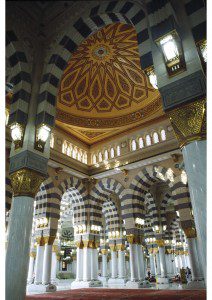 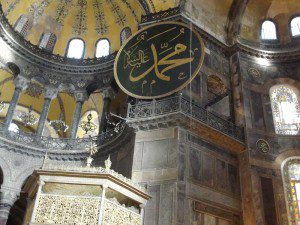