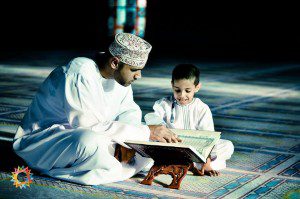 The Muslim social media world is abuzz this week about a certain British religious teacher’s deeply misogynistic “jokes” about International Women’s Day, his morally repugnant responses to the people who took offense to his attempt at humor and his organization’s decision to close ranks and support their employee. Intrigued? Don’t know what I’m talking about? Read on! I round up this week’s news and views in a series of Linksies, just for you.

As far as I can tell, Dr. Ingrid Mattson and Anse Tamara Gray were the first scholars to react to Abu Easa’s comments, strongly denouncing his violent and reprehensible words, distancing Islam from his misogyny, encouraging other scholars to speak up, and calling for him to be censured by Al Maghrib. It does not escape my attention that, as Western women who converted to Islam and whose work in the Muslim community require them to interact with male religious leaders regularly, both Dr. Mattson and Anse Tamara have likely had to deal with breaking through institutionalized internal sexism in ways many of us on the outside cannot fathom. I salute them both and am grateful that I can learn and benefit from their wisdom, humility and leadership.

Many male religious and civic leaders have also joined the discussion in support of Muslim women, including imams, chaplains, Islamic teachers, fathers, husbands, brothers. I encourage you to check out the hashtag #MuslimMaleAllies to see some of their supportive messages.

Misogyny is a problem Muslims Must address

It’s Complicated, but Muslims Should Forgive the Brother

I believe this whole incident could have been avoided if Abu Easa had simply maintained proper adab, befitting an Islamic teacher, in his social media public platform. Unfortunately, he did not, which led to thousands of people being offended and hurt by his careless behavior and words. It is also frightening that he influences so many people, yet does not seem to care about maintaining proper adab as a teacher. However, perhaps there is a silver lining here: Muslims are speaking out about the importance of holding our religious leaders accountable for their words and deeds. Perhaps Al Maghrib will reconsider how to be a religious education center that can better serve a population thirsty for knowledge. I hope all Islamic institutions will begin to seriously think about the relationship between adab and “netiquette” among those who represent them.