A Letter to the Imam 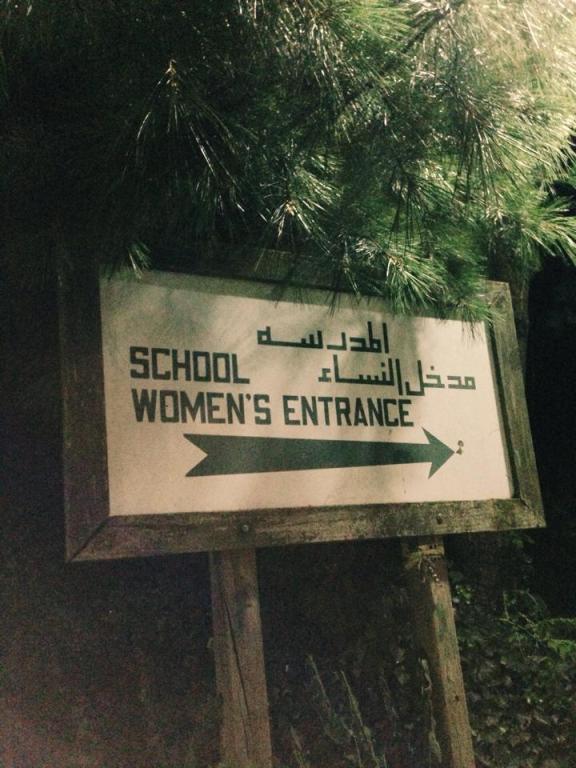 Assalamalaikum and Ramadan Mubarak. Firstly, I want to thank you for taking on the difficult task of leading the community in prayers. It must take a lot of constancy and devotion to be there, rain or shine, five times everyday and, in Ramadan, for Taraweeh as well. Though some of us may be lazy and choose to pray at home when days are too long and nights short; or some of us may, in our weakness, not pray five times every day, you are there MashAllah day after day leading by example. May you get best of rewards for this.

Though I am not a regular at the mosque, I do make an effort during the month of Ramadan to be present either for Maghrib prayers or Isha and Taraweeh. Though I never went to the mosque while growing up in India, as no women were allowed in the mosque, I did have a big family. At Iftaar times we all sat together, said prayers, and broke our fast. Now longing for that familial connection, I turn towards the mosque. I go with my children in the hope that they will experience the communal joy, spiritual strength, and the spirit of Ramadan. I hope to create for them long-lasting memories such as I have of the blessings of this month. Just as my childhood experiences add strength to my faith and cheer me on during the days when I lack in motivation, similarly I hope to give them experiences that may become anchors to their faith.

In the masjid where you lead, I pray in the separate room assigned for women. This room has a door to the main prayer area which is kept closed at all times. Thanks to technology, we women can now see you on the TV screen installed in our prayer area. This is certainly an advancement, as earlier we were dependent only on the sound of your voice, which came to us conjoined with screeches of the malfunctioning speakers.

However since this technological aid doesn’t allow you to see or hear what takes place in the other half of your congregation, I thought I would write you this letter. On the website, the only email I could find was for “info.” I hope that somehow, through the magic of Internet, this letter will reach you.

One day, during the Maghrib prayer, while you were reciting a Surah in beautiful qirat, a baby who was asleep in the car seat by her mother’s side, woke up. The mother first tried to calm the baby, by gently moving the car seat, while continuing to pray. When this did not work, she took the baby out of the car seat and tried to pray while holding the baby. Just as this was happening, her other child, a toddler, who had so far been sitting quietly, started clinging to her clothes asking her to pick him up as well. Before the mother could react, a woman who was praying in the row behind her started hushing the child in loud “Shhh” sounds. The toddler, now scared, started crying as well. The mother finally left the mosque leaving her Salah incomplete.

Another day, during the Taraweeh a toddler was walking through the rows curiously looking at all the women. The child was quiet with his thumb stuck firmly in his mouth. A woman praying beside me got hold of the child by his arm and told him that it is gunah (sin) to walk in front of the people who are praying. The child ran away from her only to continue in the row ahead of us. Just as the you finished that rakaat the woman sitting beside me started yelling. In very loud voice she expressed her anger at “all the women who bring children to the mosque”. She was upset that the children distract and ruin her ibadah (worship). She minced no words in declaring that all women, whose children were present, were bad parents. Her rant continued well into the time you had started the next rakaat.

I could not help but wonder how these incidents would have played out had you been aware? What if women and children were not bundled up in a separate room at all times with no Imam no lead them? Perhaps you would have recited a shorter surah for Maghrib in Ramadan when lots of children are present? Perhaps taking cognizance of the challenges that the women with children face, you or someone in the management (unfortunately there are no women in the managing committee) would have sought to create a children’s area? Perhaps you would have recognized that children are an important and very conspicuous part of the congregation and need ways to be involved and not just shunned and silenced. There are many children who sit silently through the prayers sometimes even imitating their mothers in action. Perhaps if you saw them you might be more appreciative of them. Just an acknowledgement from you on what a “good job” they were doing would brighten their faces and give them the motivation to return. Perhaps you would recognize that women’s worship is equally important and their social needs sometimes greater than those of men. You might even encourage the men to bring children with them especially when there is more than one young child in the family?

I have read hadith of the Prophet (PBUH) praying with his grandchildren on his shoulders; I have read hadith of the Prophet shortening a prayer on hearing a child cry. And I wonder how it would have been if instead of being blessed with the Prophet’s guidance, the women and children had to make-do with some device which didn’t allow mutual access. And what that would have meant for community-building? This is a speculative question but I ask you to consider. Maybe it might encourage you to take the wall down between the two prayer areas?

I am very hopeful about the possibilities that might open up once you are aware of all the ground realities. Thank you so much for taking the time to read this letter.

Shazia Javed is a writer, film-maker and photographer. Her most recent short-film “Can You Hear Me?” invites audience to test how their perception of a Muslim woman changes based on what she wears. You can follow her on Twitter @ShaziaJaved