Making Progress Side By Side 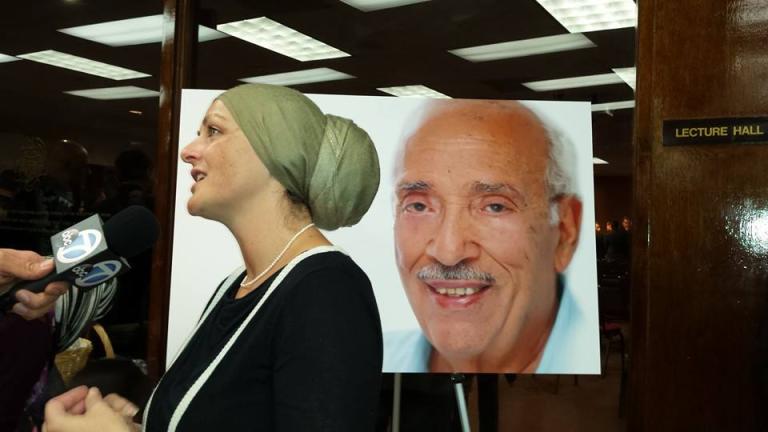 In the powerful words of Amnesty International founder Peter Benenson, “it is better to light a candle than to curse the darkness.” While there is much to be depressed about when it comes to Muslims at home and abroad, there are also plenty of bright lights to celebrate.

This Ramadan, I am grateful for the Quran and for the wisdom and tenacity of my elders at the Islamic Center of Southern California who paved the way for full integration of women in the community.

This pioneering institution had women serving on its board in the 1950s, created one of the first co-ed youth groups and youth retreats in the country, regularly features women as speakers in all programs, and does not ask women to cover their hair while in the building, except for when they are in the prayer hall.

Two years ago, they took the next step by inviting women to offer commentary on the Quran during tarawih (evening) prayers in Ramadan. It’s a tradition as old as Islam itself. Prophet Muhammad’s own wife, Aisha, was a respected scholar who taught the Quran and hadith to both men and women in the mosque.

When I was invited to give commentary last year, I hesitated. I consider myself a professional activist and student of the Quran, but certainly no scholar. Who was I to preach to others while I badly needed to be preached to? I ultimately agreed to do it, knowing that it would help pave the way for others and it would also deepen my own connection to God. Over the years I’ve learned the deepest personal lessons through teaching others. I offered two reflections last year, and again this Ramadan. Connecting with the congregation and with God’s words at the same time has been both profound and humbling.

The great news is that I’m not alone — Dr. Laila Al-Marayati, Aziza Hasan, Sheikha Muslema Purmul and Dr. Maryam Qudrat are also offering commentary this year and women are doing the same thing in a growing number of mosques around the country.

This month, the Islamic Center will be taking another giant step forward by creating side-by-side prayer areas for men and women during tarawih on Layla tal-Qadr (the Night of Power) and Eid prayers. While the physical layout of the mosque building has made it difficult to accomplish this on a daily basis, the board decided to implement this layout when they rent halls for the larger prayers. It’s a milestone I feel like I’ve been waiting for since I was a little girl. 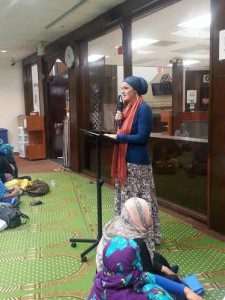 I often reflect on how different my relationship to Islam is from my parents’ and how different my children’s will be from mine. Raised in communist Yugoslavia post-World War II, my parents’ educational opportunities were limited. Like so many of their peers, their education about Islam came from the village imam rather than from any direct interaction with the Quran.

I distrusted Islam growing up and viewed it as irrelevant to me and my life as an American teenager. My knowledge was limited to what I wasn’t allowed to do because we were Muslim — eat pork, date, drink alcohol, or talk back to my parents. I had no idea where these rules came from, just that they were the rules and were not to be questioned. It was the early 1990s, and when I went to the mosque, I was subjected to an all Arabic sermon (without translation) and a woman’s balcony where the lights were kept off. I felt invisible and I couldn’t relate to anything or anyone around me. The emotion I related to mosques was anger — I felt red hot and uncomfortable sitting in the dark silently, like I didn’t matter.

I only discovered the Quran’s beauty and profound wisdom during college when I was inspired by Muslim students to read it for myself. The words I read struck me to my core and replaced the black-and-white hell-and-damnation I learned with a broad, inclusive, merciful, compassionate God who urged believers to demonstrate their faith with good character and deeds in the service of humanity. A God who affirmed women’s fundamental equality, value, intellect and power alongside men.

After college, I was blessed to meet the man who would become my mentor and dear friend, Dr. Maher Hathout. He taught generations about the importance of reading the Quran as if it were revealed to you while emphasizing critical thinking – and relating the words to our own lives. Because of Dr. Maher, I have taken on new challenges with confidence and a critical mind, even when I was terrified.

I can only imagine what my children’s relationship to Islam and to the Quran will be. I pray that it will be normal for them to see a woman on the minbar (stage), not just at The Women’s Mosque of America where I gave the inaugural khutbah, but in all mosques as scholars and teachers and leaders.

Last week, I ran into a woman who quoted my own words from my first Quran commentary. “You reminded us not to make things haram (forbidden) that are halal (permissible) — and it made me realize how much I was doing that with myself and my children.” Her words gave me the chills, I realized how many women were hanging on my every word because it was one of the rare times they heard a woman participate in tarawih prayers in this way.

My mosque is not the newest or shiniest, but it has one of the biggest hearts and strongest vision around. As we engage in the much-needed spring cleaning for our souls that this blessed month offers, I pray that we can all experience mosques and communities that embrace women and uplift them to their rightful positions as full and equal partners.

Edina Lekovic has been a professional activist serving the American Muslim community for over 15 years with a variety of organizations, including the Muslim Public Affairs Council, NewGround: A Muslim-Jewish Partnership for Change, Bayan Claremont University and The Women’s Mosque of America. She also serves on L.A. Mayor Eric Garcetti’s Service Cabinet and California Assemblyman Chris Holden’s Advisory Council.

July 3, 2015 Halfway - Reaching Out and Reaching In
Recent Comments
0 | Leave a Comment
Browse Our Archives
Follow Us!