Can’t you see you’re a walking
Mosque yourself?
Your mind’s your Mecca;
Your body the Ka’aba
That you face when you pray;
Anything you say
Is an utterance from heaven
Kabir, KG 129

Last year, Ramadan was one of the loneliest months of my life. It was my first year participating in Ramadan as an active member in the community. I became frustrated at the racist, homophobic, transphobic, sexist leaders and language I heard from fellow Muslims in normative spaces. My identity began to become more and more evident as I could not hold back when I heard and saw these injustices in the spaces I was coming in and out of. My anger turned into a major trigger for my anxiety and depression which was already there.

My politics and worldview were too radical and leftist for the mainstream imams and organizations. The frustration of not being able to find a partner to marry, as was expected of me as a female convert in my mid-twenties began to take over.

This year, I finally feel free. I no longer felt the need to act like someone I am not for acceptance. I stopped attending mainstream normative events, stopped following these Celebrity Shaikhs on social media or watching any of their lectures. I know that all I need is Allah to keep me going each day. I need intentional community and authenticity in all interactions I have daily.

I know that the only mosque I need is the one in my heart. My ummah includes punk rock Sufis, tattooed queer Shias, formerly incarcerated hip hop heads, gay imams, 5 Percenters, Muslims who don’t quite know where or how they fit in, and the like. I am no longer in the business of apologizing for who I am or how I practice my faith.

Not being able to fast due to health reasons, I found other ways to worship during this Holy Month. I have been reading more poetry, Quran, listening to more Sufi devotional music, attending small iftars with close friends who hold similar identities and views to myself. More importantly, I am practicing self-care. I am taking time to rest, sit back and reflect on my life and my path.

Today I was reminded of the words by the beautiful Imam Ali (A.S.) as he put in his last Will

I advise you to fear Allah, do not go after this vicious world though it may try to entice you, do not seek it though it may seek you and do not grieve over and pine for things which this world refuses you. Let the eternal Reward and Blessings of Allah be the prompting factors for all that you say and do. Be an enemy of tyrants and oppressors and be a friend and helper of those who are oppressed and tyrannized.-(Nahj al-Balaghah, Letter 47, based on the translation of Dr. Sayyed Ja’far Shahidi, pp: 320-321) 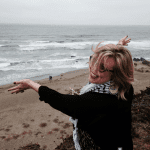 AK was brought to Chicago from Poland by way of being baked in a Challah loaf. Enemy of the state by age three due to starting a riot at a local shopping center by throwing a tantrum in the barbie aisle over gender inequality and the cruelty of the patriarchal government. She is a graduate of the Taleef Mu’allif Mentorship Program (MMP) and frequently volunteers at Living Right classes in Chicago. AK does freelance childcare and is currently pursuing her Masters in Early Childhood Education at UIC. Follow her on Instagram: agnieszka_ak & Twitter: Huliganjetta48

July 7, 2015
Ramadan Memories: Taraweeh & Tahajud in the Mosque
Next Post