Focusing in One Direction _ Sadhguru Video

Focusing in One Direction _ Sadhguru – Video

Focusing in One Direction _ Sadhguru – Transcript

Miss Jela [Thud] [Twang] Jeevanmukti he means for [one] who is unwavering in his intention for him liberation cannot be denied the only reason most of the humanity goes about their life blundering through their life Not knowing which way to go is because they keep shifting that direction of their life too often they may not actually change the direction of their life but In their mind and emotion it keeps shifting and shifting and shifting and shifting the very Nature of the existence is such Today it is also a scientific fact But this is the experience of heavy yogi that in this existence There is energy and this consciousness There is no such thing as physical matter Physical matter as you know today is just concentrated patterns of energy Today this is established science But more than 40000 years ago when she was spoke. He spoke clearly His involvement was in absolute consciousness or in the energy never in the physical matter because he did not see it as real and He spoke Thus Very clearly without any ambiguity about it So these are the only two things One needs to deal with oh Why didn’t you tell us we would have done the surya namaskar today morning? You’re not doing this surya namaskar to build muscle If you have to know the energy right now it’s Concentrated in the form of this body only if you use it in a certain way it’ll crackle Otherwise it’ll sit like a lump of Earth if this has to sit here and crackle then it has to be kept in a certain way so whatever the physical Sadhana that you’re doing is not to build muscle not to That when you go home you can dominate the people at home I’m telling the ladies You could be stronger than them 90 days of Sadhana you could be actually stronger than If your energies can crackle and your mind is focused then This will just build in that direction Because the mind is shifting and shifting and shifting focus it does not know which way to build The very life within you is confused. It doesn’t know which way to go I would say more than 95 Actually I think it’s 99 but so that I’m not wrong at least 95 percent of the Human Energy He’s wasted. We simply wasted because most human beings cannot hold anything in their focus For any substantial amount of time Otherwise each of them would be opening up on your window [a] new door to something else Seven billion people if they had all had their minds and consciousness focused everything Just everything have to yield nothing would be Unexplored just everything If one keeps his mind His energies and his consciousness organized in One direction for a certain period Of time He not only realizes the nature of this life the Past Eighty-four Creations that have happened. They are also here everything could be explored by human consciousness

Focusing in One Direction _ Sadhguru – Notes

Please note that this video titled Focusing in One Direction _ Sadhguru is from Sadhguru’s Youtube channel. More information about Sadhguru is available on his website at isha.sadhguru.org. The transcriptions on this page are automated transcriptions. In case you find any errors please leave a comment below. If you would like to watch this video on the Youtube channel of Sadhguru then please search for Focusing in One Direction _ Sadhguru on Youtube 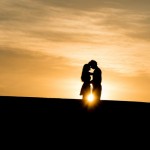 May 28, 2017 Forget Expectations Just Hit the Ball! - Virender Sehwag
Recent Comments
0 | Leave a Comment
Browse Our Archives
get the latest from
Hindu 2.0
Sign up for our newsletter
POPULAR AT PATHEOS Hindu
1