Questioner: Namaskaram Sadhguru. This is Vishnu from Coimbatore. How would you define India? Sadhguru: India is a It’s like a kaleidoscope. It’s a conscious chaos. At one time we consciously created some chaos intentionally. But unfortunately some people are overdoing it today. They made it their profession to create chaos (Laughter). We need to handle that. But why this conscious chaos is because we understood organization in a different way. If you step out of this hotel you will see a manicured garden. But every day ten people are working on it to keep it that way. Three months if nobody attended to that there’ll be no garden left. But you come into the jungle you come into the forest there is a different kind of organization and order there which million years later it will still be there without any maintenance. So something that lasts a million years is it better organized? Something that cannot last even a month without maintenance is better organized? So we organized this culture with a certain element of conscious chaos. But today because your education systems are totally Westernized which is all straight lines you’re trying to fit India into these straight lines. It will not fit you will only be frustrated. And in trying to fix that you will destroy the nation. We need to understand we have allowed a certain room for chaos so that it’s an evolving process it is not a fixed thing it is not ruled by commandments. There is nowhere in this country where there has been given a moral code to you. There is nowhere in this country where they told you ‘This is god and if you go to him all problems will be solved.’ There is no such thing. There is no a god. First of all there is no the god in this country. There is no the heaven in this country. Everybody can create their own tch you know. We are given the freedom to create our own gods. Out of this came the technologies of god-making. We created thirty-three million gods and goddesses because there is no certainty. The idea of a kaleidoscope is wonder seeking. So we have always been a land of seekers not a land of believers. Now you’re trying to become land of believers. I see we believe something. No (Laughs). Every day Everybody these days are saying ‘We believe we believe’ because they are trying to bring a Westernized idea of organization. You must understand all the violence all the nonsense all the most horrendous things that happen on this planet is always in terms of one man’s belief versus another man’s belief. So we never believed anything. Even if god came and spoke we questioned him isn’t it? This is the nature of this culture. Everywhere else if god spoke they said ‘This is it this is the commandment.’ In this country if god came and spoke we still debated with him we questioned him. Unless it’s logically correct we did not accept it. This has been the ethos of this culture. This causes a certain amount of chaos but this chaos is evolution of human consciousness too. Every culture has been created because of its geographical conditions. Because of certain survival factors and other historical events that happen in that place culture gets shaped. We also have some element of that. But a large element of this this culture is about consciously seeking what is beyond all this. Because of this in this culture god heaven were never important things. Our highest ideal is mukti or liberation or freedom. Freedom has always been the highest goal not god because we know even if we go to heaven and sit next to god in three days we’ll get bored with him also (Laughter). Yes we will isn’t it? And what Do you have any proof that you’re not already in heaven and messing it up (Laughter)? I’m asking do you have proof? You don’t have proof. Maybe you are in heaven and you’re messing it completely. Yes that’s the reality I’m telling you (Both laugh) (Applause). 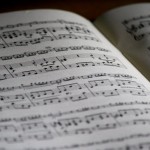 August 18, 2017 A Brief History of Indian Classical Music
Recent Comments
0 | Leave a Comment
Browse Our Archives
get the latest from
Hindu 2.0
Sign up for our newsletter
POPULAR AT PATHEOS Hindu
1

A Hindu Prayer for Everyone: Sarve...
Seeking Shanti
Related posts from Hindu 2.0