Sadhguru: There is a serious resource crunch on all levels. The fundamental problem is in 1947 when we got our independence we were thirty-three crores of people. Today we are hundred-and-twenty-five crores of people. That’s a four time four times four hundred percent increase in seventy years. So naturally there’ll be resource crunch you can never create. Nobody is growing at four hundred percent isn’t it (Few Laugh)? So you can’t grow anything at four hundred percent so obviously everybody will have less and less as time goes by. But of course there are fertility clinics running busy in Chennai and everywhere (Laughs). That’s another matter. Another important aspect is this is the bane of democracy. I mean I’m not saying we should leave democracy and go elsewhere. There’s no other option we have to stick to it and see how to make them responsible. But when you give somebody just a five year mandate in that last one year goes in election in between of course there are three states election that another one year goes. So after allÂ¸ you’re giving him a three three-and-a-half year mandate. When somebody has only three-and-a-half year commitment to what they want to do none of the long-term goals will be taken into consideration only short-term goals will be taken into consideration. It’s a natural outcome of that. There was a time when a king ruled for twenty-five years or thirty years. Now in his time whether that kingdom prospered or went down people could make a judgment. In three-and-a-half four years making that judgment itself is not fair. A nation of this size how can any man – even if a Superman comes how can you turn everything around and make everything beautiful and wonderful in three-and-a-half years time? Hundred-and-twenty-five crore people diverse people! I’m saying It is a dichotomy in which we are. We cannot go into any other mode of governance other than democracy there is no other way for us. At the same time how to make it worthwhile for the person who occupies that seat to invest in long-term goals? If he invests in long-term goals he loses his election for sure. So obviously people are not able to recognize what is our true well-being. So still I think we need to educate the citizenry that they can understand if a political law leader talks about long-term goals people can understand this as ‘Oh this is our well-being.’ Right now the electorate does not understand that so naturally the leaders try to do those shortcut methods where none of the long-term goals get addressed unfortunately. So ecology education all these things are backburners because they won’t win you votes. After all a democratically elected leader is always thinking about votes you can’t blame him. You can’t blame him isn’t it? I’m telling you if you were in the game you wouldn’t be thinking of the vote? You would isn’t it? So we need to educate the people – what is a true well-being what is a sham of a well-being. This must come to the hearts of people then we will they will also have the opportunity to focus on long-term goals. Any long-term goal means whether it’s an individual life or the life of a nation any long-term goals means short-term sacrifice we must understand this always (Applause).

Please note that this video titled Investing in Long-Term Goals – Sadhguru is from Sadhguru’s Youtube channel. More information about Sadhguru is available on his website at isha.sadhguru.org. The transcriptions on this page are automated transcriptions. In case you find any errors please leave a comment below. If you would like to watch this video on the Youtube channel of Sadhguru then please search for Investing in Long-Term Goals – Sadhguru on Youtube 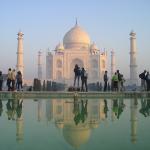 August 29, 2017 Is Celibacy Required for Spirituality _ Sadhguru Video
Recent Comments
0 | Leave a Comment
"Hare Krishna! eternal religion organization share the seekers of knowledge the free online audio chapters ..."
Kamlesh Patel 100 Great Bhagavad Gita Quotes From ..."
"Why do the links to the download just download another website where you have to ..."
Richard O'Reilly Kamasutra PDF Book Download: English & ..."
"thanks its moreuseful"
subrat mishra J. Krishnamurti – Healthy mind, meditation ..."
"this is the good articles"
subrat mishra Yoga for Weight Loss – Is ..."
Browse Our Archives
get the latest from
Hindu 2.0
Sign up for our newsletter
POPULAR AT PATHEOS Hindu
1