A Day of Thanksgiving? 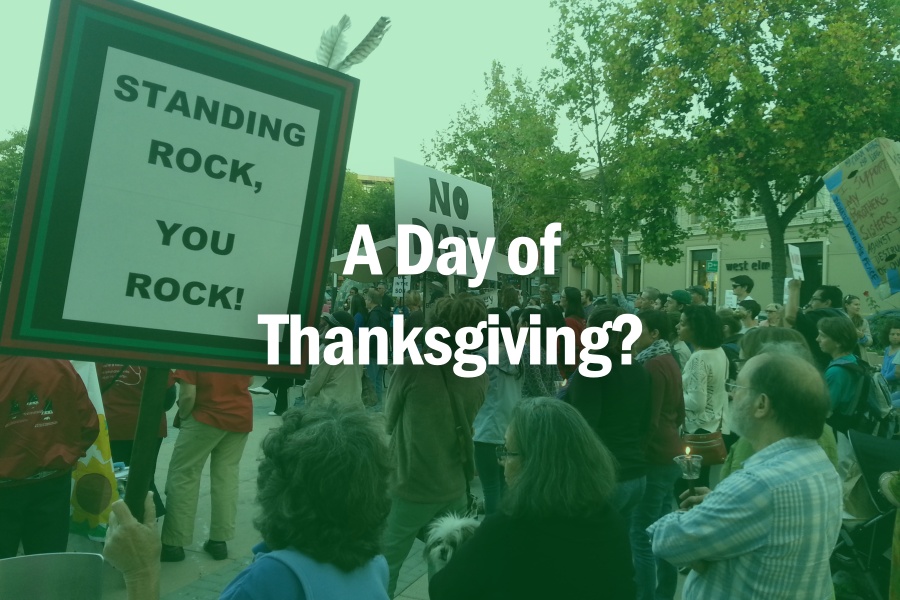 Today is called “Thanksgiving.” And there’s no doubt that I—well situated in my life of privilege—have much to be thankful for.

I am thankful for my wonderful wife, without whom my life would be incomplete.

Meanwhile millions of LGBTQ couples live in fear that their marital rights will be revoked.

I am thankful for my amazing kids, who make each day so much brighter.

Meanwhile millions of immigrants live in fear that their families will be ripped apart through deportation.

I am thankful for the knowledge that if I call the police, they will help me.

Meanwhile millions of people of color live in fear that the slightest mistake will have them mistaken for a “thug” and shot.

I am thankful for the freedom of religion I experience.

Meanwhile millions of Muslims live in fear of being registered, placed under surveillance, banned from travel, and having their mosques shut down.

I am thankful for my body, which has served me well.

Meanwhile millions of women live in fear of being assaulted for their body, passed over because of their body, or objectified as no more than their body.

I am thankful for my ability to go anywhere I please without harassment.

Meanwhile millions of Americans in all of these categories live in fear of being singled out for abuse, especially since November 8.

I am thankful for my health and the health of my family, and for the thought that we will probably get by fine, even if the Affordable Care Act is repealed.

Meanwhile millions of families live in fear of losing all access to the most basic elements of care.

I am thankful for the clean water I drink, and for the understanding that what is sacred to me will be respected as such by others.

Meanwhile the residents of Standing Rock live in fear of their water being contaminated; they have been forced to watch as their sacred places are desecrated; and they are being brutally attacked in response to their legitimate peaceful protest.

That last category is particularly ironic on this day, when we whites remember a pleasant myth about peaceful cooperation with the “Indians.”

But the indigenous peoples of America remember a different story:

In 1637 near present day Groton, Connecticut, over 700 men, women and children of the Pequot Tribe had gathered for their annual Green Corn Festival which is our Thanksgiving celebration. In the predawn hours the sleeping Indians were surrounded by English and Dutch mercenaries who ordered them to come outside. Those who came out were shot or clubbed to death while the terrified women and children who huddled inside the longhouse were burned alive. The next day the governor of the Massachusetts Bay Colony declared “A Day of Thanksgiving” because 700 unarmed men, women and children had been murdered.

Cheered by their “victory,” the brave colonists and their Indian allies attacked village after village. Women and children over 14 were sold into slavery while the rest were murdered. Boats loaded with as many as 500 slaves regularly left the ports of New England. Bounties were paid for Indian scalps to encourage as many deaths as possible.

Following an especially successful raid against the Pequot in what is now Stamford, Connecticut, the churches announced a second day of “thanksgiving” to celebrate victory over the heathen savages. During the feasting, the hacked off heads of Natives were kicked through the streets like soccer balls. Even the friendly Wampanoag did not escape the madness. Their chief was beheaded, and his head impaled on a pole in Plymouth, Massachusetts—where it remained on display for 24 years.

The killings became more and more frenzied, with days of thanksgiving feasts being held after each successful massacre. George Washington finally suggested that only one day of Thanksgiving per year be set aside instead of celebrating each and every massacre. Later Abraham Lincoln decreed Thanksgiving Day to be a legal national holiday during the Civil War—on the same day he ordered troops to march against the starving Sioux in Minnesota.

Let this be a day, yes, to give thanks for the privileges we enjoy, but much more importantly, to spur us on to action. To activism. To vow that we will not give up the fight against injustice, until all people everywhere share the exact same privileges that we take for granted.

So help me God. Amen. 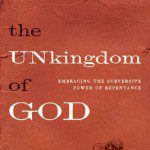 November 23, 2016
Help Mark Van Steenwyk Buy Back The unKingdom of God
Next Post 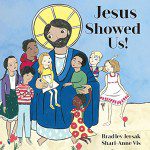 The Mark of the Beast: some...
slacktivist
Related posts from Hippie Heretic