Sorry, LifeWay, None of Your Authors Hold to “the Biblical View of Marriage”

Sorry, LifeWay, None of Your Authors Hold to “the Biblical View of Marriage” July 17, 2017 Chuck McKnight

The past week has been abuzz with the news of Eugene Peterson, who publicly stated his affirmation of same-sex marriage (having already given his affirmation in smaller settings for at least two years). He then retracted his statement, saying, “I affirm a biblical view of marriage: one man to one woman. I affirm a biblical view of everything.” His retraction came after LifeWay threatened to pull his books, claiming, “LifeWay only carries resources in our stores by authors who hold to the biblical view of marriage.” Less than a year ago, LifeWay did the same to Jen Hatmaker, who did not recant her views. (Emphases in the above quotes mine.)

Abram was simultaneously partnered to both his wife, Sarai, and her slave-girl, Hagar; and he is later said to have had other concubines as well. His grandson, Jacob, was married to both Leah and Rachel, and he was also partnered to their slave-girls, Zilpah and Bilhah; and from this polygamy descends the entire nation of Israel. Moving on to the kings of Israel, Saul, David, and Solomon were all polygamous. Solomon is even said to have had 700 wives and 300 concubines! And according to biblical claims of authorship, it is his marital advice that fills Proverbs and The Song of Songs.

“Descriptive, not prescriptive!” the conservative scholars cry. And true enough, the Bible does not explicitly affirm these polygamous relationships. However, we’re talking about the patriarchs and kings (including the good ones) of the Hebrew people, not just minor side characters. We’re talking about David, the “man after God’s own heart,” of whom scripture claims that he never disobeyed God except in the matter of Uriah the Hittite. And while scripture may include no explicit affirmation of polygamy, there’s also no condemnation for it. The best conservative scholars can do is point to the problems polygamy caused.

The only possible scriptural prohibition against polygamy comes centuries later as a minor phrase in the Pastoral Epistles. It states that elders and deacons should be “husband of one wife.” But the interpretation of that phrase—whether it means they must be married, could only be married to one wife at a time, or were forbidden from remarrying—is up for debate. Most likely, it simply means that one should be faithful to one’s spouse.

But let’s go back and look at a few biblical decrees about marriage that actually were prescriptive. For example, while the Bible may not offer a broad affirmation of polygamy, Deuteronomy 25:5 actually commands it in certain specific cases. And then there’s Deuteronomy 22:28–29, which gives us the shocking command that a victim of rape must marry her attacker. And perhaps just as shocking, Deuteronomy 21:10–14 directly affirms the right to capture female slaves for one’s wife. Also affirmed in Exodus 21:7–9 is a father’s right to sell his daughters as slaves.

Let’s recap. The many different biblical views of marriage include:

If LifeWay is going to honestly insist on “the biblical view of marriage,” they will have to include all the above points. But not a single LifeWay author would affirm them.

This concept of “the biblical view of marriage” is a sham. It doesn’t exist. Those who restrict marriage to being only between one man and one woman must do so in spite of the Bible, not because of it.

And for the record, I have no problem with cherry-picking scripture. We’re all forced to cherry-pick scripture at times because scripture does not always agree with itself. But let’s just be honest about that and stop pretending we hold to “the biblical view” on such matters.

[See also my follow-up conversation with Preston Sprinkle about this post.] 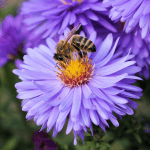 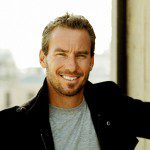 July 20, 2017 A Response to Preston Sprinkle on LifeWay and “the Biblical View of Marriage”
Recent Comments
36 Comments | Leave a Comment
Browse Our Archives
get the latest from
Hippie Heretic
Sign up for our newsletter
POPULAR AT PATHEOS Progressive Christian
1