Yale University Press sent me a copy of David Bentley Hart’s recent The New Testament: A Translation to review, and I’m excited to share my findings. 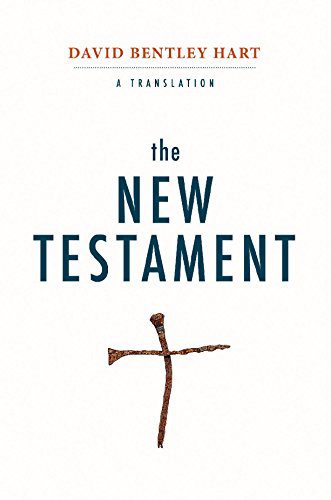 Before we get into the translation itself, let’s briefly discuss the physical copy. The book is a massive hardcover. Though containing only the New Testament, it is far bigger than most complete Bibles. Part of this comes from a slightly larger-than-average font size, part from the extensive footnotes, and part from the generous margins and spacing. It results in a book that looks fantastic, but it takes up a lot of room on the shelf, and it’s just a little cumbersome to handle. I won’t complain too much about it, but I’d love to see a more compact edition. Another minor irritation is the lack of chapter numbers on page headers. Their inclusion would have made it a lot easier to navigate.

Some will ask, why another new translation? I love what Hart has to say on this score. I’ve previously explained that my favorite translations are often the ones completed by a single individual, and Hart hits the nail on the head as to why that is.

… almost all modern translations of the text have been produced not by single scholars with their own particular versions of the texts but by committees. The inevitable consequence of this is that many of the most important decisions are negotiated accommodations, achieved by general agreement, and favoring only those solutions that prove the least offensive to everyone involved. This becomes, in effect, a process of natural selection, in which novel approaches to the text are generally the first to perish, and only the tried and trusted survive. And this can result in the exclusion not only of extravagantly conjectural readings, but often of the most straightforwardly literal as well. …

And in some extreme cases doctrinal or theological or moral ideologies drive translators to distort the text to a discreditable degree. … These may represent the honest zeal of devout translators to communicate what they imagine to be the “correct” theology of scripture, but the preposterous liberties taken to accomplish this end often verge on a kind of pious fraudulence. Moreover, even where ideology does not intrude quite so violently on the work of translation, a kind of inertia has come to hold sway, from generation to generation, over the making of new versions: Where difficult words or syntactical uncertainties or grammatical obscurities appear in the Greek, the solutions favored by earlier translators are generally carried over by their successors, even where there may be more plausible or more interesting alternatives. …

This is not to say that I can pretend to be free of intellectual prejudices; I can only say that I have made every effort not to allow them to interpose themselves between me and the text, even when the result has at some level displeased me. … I am not prompted by any great desire, I hasten to add, to challenge or offend against theological orthodoxies; those, as a rule, can take care of themselves perfectly well, and for the most part would not be threatened by even the most daringly revisionist approach to the text. (pp. xiv–xvi)

As for Hart’s own prejudices, he is an Eastern-Orthodox theologian, and he is as committed to historic Christian orthodoxy as they come. But true to his claims in the introduction, he does not allow this to keep him from honestly portraying the ambiguities of the Greek text. His rendering of John 1:1 provides a great example of this.

Note carefully the capitalization. At first, I thought it was a typo, but that actually is what Hart intended. While he puts the first instance of “God” in small caps, he deliberately leaves uncapitalized the reference to the Logos as “god.” The only other version I’ve seen do something similar here is the Jehovah’s Witnesses’ New World Translation. What then? Is Hart siding with Arianism? Not at all! He is simply acknowledging that the Greek text is less precise in this verse than we orthodox Christians might like to admit. He then devotes a massive footnote to defending this rendering, and he additionally spans five pages of his postscript (pp. 533–537) examining the complexities of this passage in detail.

Speaking of footnotes, they are quite possibly the best thing about this translation. The depth of their explanations is at times astounding. They remind me, in some ways, of the footnotes found in the NET Bible—only without that version’s heavy conservative-Evangelical bias. Considering that Hart’s translation essentially includes a micro-commentary on the text of the New Testament, the aforementioned size becomes a bit more forgivable.

The style of the text, as Hart himself acknowledges, is “an almost pitilessly literal translation” (p. xvii). It is somewhat comparable to Young’s Literal Translation, only without quite as much archaic language. But it isn’t exactly free from archaisms either. A quick scan of the page I happen to be on as I write this (p. 492) reveals such words as impious and wantonness (Jude 4). I suppose Hart made these choices because they are technically more precise, but they aren’t exactly in common use today. None of this is a complaint. Such a precise translation, even if awkward to read, has tremendous value for studying. But don’t confuse this for a popular translation to be used in the pew. That it is not.

Let’s take a look at a few additional passages.

Matthew 5:39 is a verse to which very few translations do justice. Most render the crucial phrase along the lines of “Do not resist an evildoer” (NRSV), which incorrectly implies that we are to do nothing in response to evil. Hart’s translation much more accurately clarifies, “I tell you not to oppose the wicked man by force” (p. 9). It is the violence or the force in the aggressor’s attack that Jesus tells us not to retaliate against. But there are other, non-violent means of resistance, and indeed we must resist if we are not to stand idly by while evil goes unchecked.

I was disappointed but not surprised to see Romans 8:28 follow the standard formula of most translations—that “for those loving God, all things work together for good” (p. 303) rather than that “he co-operates for good with those who love God” (REB).

Hart’s take on 1 Corinthians 6:9 is probably the most accurate I’ve come across. While most translations incorrectly have this verse condemning homosexuality, Hart renders the debated phrases as “feckless sensualists” and “men who couple with catamites”—awkwardly phrased, but much closer to Paul’s likely intended meaning. Hart’s rendering of 1 Timothy 1:10 follows similarly. And he supports his conclusions in extensive footnotes for both passages.

Hart places 1 Corinthians 14:34–35 in brackets, and he asserts (probably correctly) that these verses were added later and are not original to Paul. As always, he provides extensive support for his claim in a footnote.

In his introduction, Hart writes, “I suspect that many readers will be somewhat taken aback by the absence of many terms they are accustomed to finding in the New Testament—‘eternal,’ ‘forever,’ ‘redemption,’ ‘justification,’ ‘repentance,’ ‘predestination,’ ‘world,’ ‘hell,’ and so on—and by the presence of very different terms in their places” (p. xvii). His postscript examines these decisions in detail, and I mostly agree with them. As I wrap up this review, I thought I’d place an example of each of these choices from his translation next to the better-known NRSV for comparison.

And the devil who had deceived them was thrown into the lake of fire and sulfur, where the beast and the false prophet were, and they will be tormented day and night forever and ever. (NRSV)

And the Slanderer who led them astray was cast into the marsh of fire and sulfur, where the beast and the false prophet are also, and they will be tormented day and night unto the ages of the ages. (Hart, p. 528)

“Now when these things begin to take place, stand up and raise your heads, because your redemption is drawing near.” (NRSV)

“And, when these things begin to happen, stand up and lift your heads, because your liberation draws near.” (Hart, p.158)

I do not nullify the grace of God; for if justification comes through the law, then Christ died for nothing. (NRSV)

I do not reject God’s grace; for if vindication is by Law then the Anointed died for nothing. (Hart, p. 372)

The Lord is not slow about his promise, as some think of slowness, but is patient with you, not wanting any to perish, but all to come to repentance. (NRSV)

The Lord is not delaying what is promised, as some reckon delay, but is magnanimous toward you, intending for no one to perish, but rather for all to advance to a change of heart. (Hart, p. 477)

“For God so loved the world that he gave his only Son, so that everyone who believes in him may not perish but may have eternal life. Indeed, God did not send the Son into the world to condemn the world, but in order that the world might be saved through him.” (NRSV)

“For God so loved the cosmos as to give the Son, the only one, so that everyone having faith in him might not perish, but have the life of the Age. For God sent the Son into the cosmos not that he might pass judgment on the cosmos, but that the cosmos might be saved through him.” (Hart, p. 174)

“Do not fear those who kill the body but cannot kill the soul; rather fear him who can destroy both soul and body in hell.” (NRSV)

“And do not fear those who kill the body but cannot kill the soul; but rather fear the one who can destroy both soul and body in the Vale of Hinnom.” (Hart, p. 19)

In conclusion, The New Testament: A Translation is quirky and awkward, and I love it! David Bentley Hart has gifted us with a meticulously precise examination of the text, and he has corrected many of the errors common to English versions of the Bible. His version is not for casual reading, but it is of incredible value for in-depth study, and I am quite sure I will be returning to it often.

Pick up your own copy as a hardcover or a Kindle eBook. 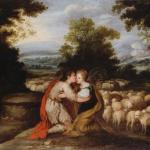 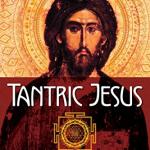 December 7, 2017 Tantric Jesus by James Hughes Reho (Book Review)
Recent Comments
0 | Leave a Comment
Browse Our Archives
get the latest from
Hippie Heretic
Sign up for our newsletter
POPULAR AT PATHEOS Progressive Christian
1