The Mommas Inspire Me

Homeschool mommas are a thrifty lot.

Seriously, these women are no joke.  When was the last time you walked in to a ski lodge and saw a group of women sitting around a table, knitting and drinking coffee out of mason jars, all of which they brought from home, while chili slowly warmed in a crock pot at their feet?  Well, the last time I saw that was two weeks ago, at homeschool ski class.   The class was less than $40 for a day of skiing, an hour-long lesson, and rentals.  Which is still a lot of money if you have a few kids, which they nearly all do.  So the mommas brought their own snacks and lunch.  They were industriously making their own clothes while the kids skied.  And not a one had wasted any money on make-up.

It might sound like I’m teasing them (because I am, lovingly I hope), but at least some part of the reason I still homeschool is because of these very same mommas.  They inspire me.

Some of them didn’t graduate from high school because they found it so boring.  So instead of wasting time with high school and college, they got a camper and drove around the country learning how to bake bread.  Others gave up lucrative careers and moved their families to smaller houses and less expensive towns so that they could homeschool.  They have chosen to have far more children than our society thinks makes sense, and they traded in the American dream for something less commercial and slightly wacky.  And wacky doesn’t usually leave you with a ton of disposable income.

To be sure, financial concern is not the only thing motivating them to knit and garden and drink water straight from the tap. (Did you know people still do that, like without a Britta filter or anything?)  They enjoy having a more direct connection to their food sources; they’re concerned about the planet; and they don’t want their emotions and behaviors dictated by Madison Avenue. But even if they didn’t care about these things, they would likely find themselves putting up tomatoes come summertime.  For a few dollars, they can have all the sauce their families need for the winter.

The truth, of course, is that these two forces – financial constraints and a desire to opt out of standard consumerism – are mutually reinforcing.  Now that you quit work and had a fourth baby, you can’t afford cable, which means that you don’t watch a bunch of commercials that tell you what to wear and drive.  Or maybe you want to leave a smaller carbon footprint, so you don’t use your dryer as often and don’t need to replace it as soon.  Or maybe you want your children to learn how to play the piano.  But a piano and lessons are expensive, so you teach your children how to make specialty ice cream that they can sell in the park from a homemade lemonade stand.

I laughed out loud when I saw the mommas at the ski lodge two weeks ago.  But I brought our lunch from home today.  And I just might learn to knit. 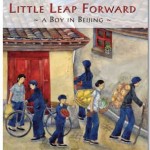 January 28, 2013 Monday Memories: Delicious Perfume
Recent Comments
1 Comment | Leave a Comment
Browse Our Archives
get the latest from
Family
Sign up for our newsletter
POPULAR AT PATHEOS Family
1