Boston Is A Small World

Over the past two days,  Jeff and I realized that we had met or were one degree removed from all three people who died in Boston on Monday.  Aside from anger and fear and sorrow, I’ve been overwhelmed with a sense of how close this tragedy was.

I was unprepared for how close it felt.  After all, aren’t all tragedies played out on our TVs, computers, and tablets the same way, regardless of where they took place?  With Facebook, and 24/7 cable news, and Googlemaps, you are never more than one or two clicks away from peeping through the curtains of nearly anyone you choose.  It’s the Internet Small World, and it promises to connect us to everyone across the globe.

The problem with Internet Small World is that, unlike its Disney counterpart, it doesn’t remind us that “there’s so much that we share.”  At least for me, it often makes me feel less connected to the humanness of others.  In a world where I get passionate emails from the President’s wife, I start to think of her – and you – as a walking Robocall.  In a world where I can chose a vacation rental by Googling pictures of the neighbor’s car, I deceive myself into believing that I know something about the community who lives there.

In this kind of small world, it’s easy for me to disconnect from what happened in Boston on Monday.  It’s awful, yes.  But it’s also remote.  Although I live only a couple miles away from where the bombs exploded, I can feel as though it happened thousands of miles away.  When it comes to terror and mayhem and heroism and forensics, what’s the difference between Boston and Los Angeles?  As I watch it on TV, what difference does it make if it happened in Boston and Tokyo?

But there is a difference.  There is no other city in the world where I would have a connection, even a remote one, to three people who died running a marathon.  That happened in my city.  To my people.

The anger I feel that someone did this in my city, to my people, has taken me by surprise. I had started to think of myself primarily as a digital citizen of a shrinking world.  Monday reminded me otherwise.  What’s the difference between Boston and Los Angeles?  The difference is that I live in Boston.  I raise my children in Boston.  I yell at bad drivers in Boston.  I plant vegetables in Boston.

We are friends with a pastor in Boston, whose son lost a student on Monday.  Jeff buys his coffee from a woman in Boston, a woman who will bury her daughter this week.  We love on international students who are visiting Boston, one whom will not return home alive.

The world is small, yes.  And getting smaller all the time.  But the world that matters to me tonight is in Bostom.  Where I will continue to weep angry tears for my neighbors, my friends, and our guests.  And where, through those same tears,  I will  lift up my prayers on behalf of those in my world who are too weary or heart-broken or angry to lift them themselves. 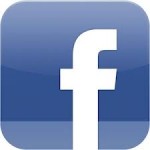 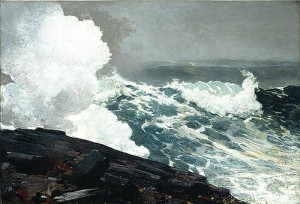