Why My Kids Are On The Swim Team, Even Though They Hate It

Why My Kids Are On The Swim Team, Even Though They Hate It October 6, 2013 Tara Edelschick 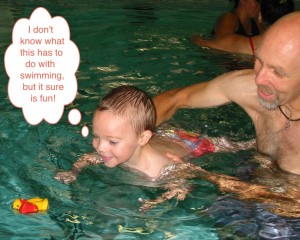 I don’t know where I got the idea that teaching your children to swim ranked up there with teaching them to read and making sure they washed their hands after using the bathroom.  Maybe it was when I watched lifeguards pull a man out of the water at Rockaway Beach when I was a child.  They tried, and failed, to resuscitate him, while his wife and children looked on in horror.  Maybe it was when I worked in a grief center with a group of parents whose children had died, including two sets of parents whose children had drown at summer camp.  Maybe it’s the legacy of my Holocaust-era daddy that I’m always seeking to avoid doom.  Whatever it is, I decided early on that all my children would be great swimmers.

But they just couldn’t get it.  We tried everything.  Lesson after lesson of blowing bubbles and signing songs and not learning how to swim.  Finally, I handed them over to a scary woman whose own son had drown in a pool. Since that time, she had devoted her life to teaching kids how to swim.  When Ezra wouldn’t get in the deep end, she had another kid walk over and push him in.  She made Zach jump off the diving board – even though he couldn’t swim!!!  Under normal circumstances I would not let such an unrelenting woman scream at my children.  But my fear is not normal, and I left the pool so I wouldn’t grab the boys and run.  An hour later, both boys were swimming.  Instead of feeling guilty, I felt relieved.  A little bit closer to not having to worry every time they were in a lake.

My spiritual advisor would likely have much to say about this.  Which is why I would never tell her.  Not until after this year anyway.

The boys have it worse because this is also the year I decided to put them on a swim team.  They hate it; it’s three days a week of grueling work, and they are two of the worst swimmers on the team. They had their first meet today and DQ’ed in all three of their events.  Still, they are not quitting until their coach tells me they are great swimmers.

I anticipate a Thanksgiving dinner in the future when all three children tell their own children how grateful they are that I forced them to swim.  But if they don’t, if instead they remember it as one of the many places I let my fear trump my faith, I will ask their forgiveness.  And I’ll try really hard not to mention that if it weren’t for my insistence that they swim, well, they might not be there to give me a hard time. 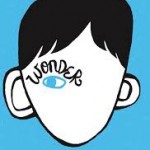 October 4, 2013
Wondering About School Reform: Can good books and bathroom breaks fix our schools?
Next Post