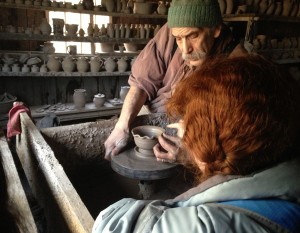 “I wish I could have lived back in those times,” one of my students said as she looked longingly at the potter at Old Sturbridge Village, a recreation of a typical New England village of the 1830s.

I was skeptical.  Does she want to use on outhouse on a sub-freezing night?  Or make all of her own food?  Or not be able to vote when she gets older?  But I think I knew what she meant; there is a kind of longing evoked by experiencing a time when you could make something beautiful and useful, and understand all of the technology you are using to make it.   When you gathered the clay yourself, built many of the tools you used yourself, built the kiln yourself, and shaped, glazed, and fired every piece yourself.  It’s a way of appreciating resources and work that is hard to capture today, when so much, even what we think of as raw materials, just show up on the FedEx truck two days after we click a button on the Amazon site.

Our semester of studying Ancient Africa is not quite finished, but we are already starting to think about next semester:  Westward Expansion.  (We study world history in the fall and American History in the spring.)  Two people in our class are going to be gone for the month of February, and we wanted them to be with us for our introduction to the unit so we took a day and headed to Sturbridge.

We wandered around the village and took two classes while we were there (about Lewis and Clark’s expedition, and about packing to move West), but it was the tradesmen that captivated the kids.  They stayed at the blacksmith, and potter, and tinsmith until we told them we had to move on.

Later this semester, they will spend five days apprenticing to one of the re-enactors in the village.  They may work in the kitchen making cheese and gathering eggs.  They may work in animal husbandry or with a tradesmen.  My guess is that the long days and hard work will take some of the gloss off of their romance with the past.  For now, though, they are intrepid and dreamy.  Westward Ho!

The field trip took the entire day, and we didn’t do a single other thing for school.  Because unlike in 1830, we’re tuckered out after five hours. 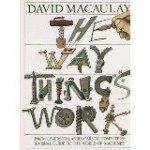