Nothing To Say, From Africa 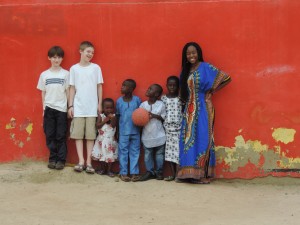 I’m sitting in a hostel lobby in Accra, Ghana, trying to figure out what to say.  It shouldn’t be hard, really.

So you’d think I’d have something to say.  But I just don’t.  Maybe it’s just too much to take it all in and process it, and help the kids do the same; there is nothing left to share with others.  The kids seem to be having the same trouble.  Their journal entries are long lists of what we did  -very detailed itineraries, really –  with nary a feeling word among them.

I could have skipped the post all-together, I suppose.  Instead, as I did with the kids and their journals, I’m forcing myself to write.  Perhaps, in the end, it is noteworthy that with so much to write about I have nothing to say. 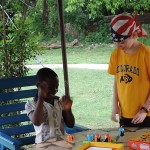