Lessons from Doc: #1 “Learn to Like What Doesn’t Cost Much”

“But godliness with contentment is great gain. For we brought nothing into this world, and it is certain that we can carry nothing out. And having food and raiment let us be therewith content” (1 Timothy 6: 6-8). 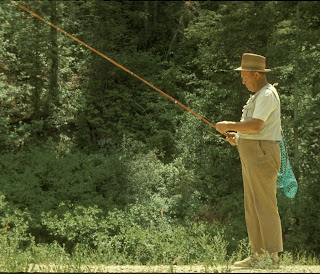 Price, of course, is not always a reflection of quality, as I have sadly learned in this economy of increasingly poorly made products. We live in an economy that thrives on obsolescence, so durability is arguably at least one reason to buy what may cost more. As I mentioned in my earlier post, Lowell Bennion (“Doc”) used to say that we should evaluate things according to three principles: Is it well made? Is it functional? Is it beautiful? But when he urges us to learn to like what doesn’t cost much, he seems to be underscoring the importance of practicing the principle of self-restraint.

I have yet to learn the kind of contentment Paul speaks of to Timothy. Beyond food and clothing, I need (and use) this computer, a pair of bikes, a comfortable and beautiful house, heating and cooling in my cars and in my home, a smart phone, and I buy lots and lots of books. My children have all that they need and then some. They go to good schools, they use computers, they have a variety of choices about their clothing, they play a family piano, a guitar, a violin, and as a family, we have five cell phones. They have bikes, iPods, soccer clothes and running shoes. And, as someone who loves recreation, I have specialty clothes and equipment for hiking, biking, fishing, running, swimming, and tennis. I own a tandem kayak. I am wealthy by any reasonable standard. And we all have access to the best health care in the world. I like to pretend, I suppose like a lot of academics in the humanities, that I am vastly underpaid for the amount of schooling I received. This is especially easy when I compare salaries at Ivy League schools or when I compare salaries with other professionals with comparable or less post-graduate education. Growing up in a very wealthy community in Connecticut, I used to feel that we lived on the poor side of things. But then I lived for two years in Venezuela as an LDS missionary, and I spent a good portion of those years in the homes of the very poor who lived in tin shacks. I have never seen wealth in the same way. I have done humanitarian work for the past decade in Guatemala among some of the poorest populations in the Western hemisphere, and I have traveled throughout Latin America and the Caribbean, including Haiti. I don’t pretend to know all that it means to be truly poor, but I know at least something of how hard it is, and what I know nags at me and tells me that my lifestyle is opulent and wasteful. It tells me that I could stand to remember Doc’s advice.
What I like about the advice is its simplicity. Doc doesn’t argue that we should feel guilty about what we have, that our wealth is directly robbing from the poor, even though sometimes when I am reading the Old Testament, I am shaken by how frequently this connection is made by the prophets. And Doc was deeply familiar with the jeremiads of the Old Testament, the calls to do justly and to love mercy, to welcome the stranger and care for the fatherless, the widows, and the poor. But his aphorism does more by keeping the focus on the quality of our affections and emphasizing our ability to change them through a kind of cultivation. Back in the late 70s and early 80s when I knew him best, less was known about the direct impact on the environment and on the quality of life of the poor our habits of consumption had. But we now know that we Americans consume enough that if everyone on the planet lived as we did, we would need 3-4 planets to feed that many voracious appetites for the pleasures of First World living. As is well known in the Christian world, where much is given, much is expected, and certainly among those things that are expected are awareness of and compassion for the poor and a commitment to give of our surplus to relieve suffering.
But again, Doc adds more to the call to be generous with our resources, as important as that is. The key is to cultivate a different appetite, and the secret would seem to lie in developing habits of consumption that depend on clean and renewable resources like wind, sun, and geothermal energy and that result in gentler impacts on the environment and on others. But also renewable and renewing resources like the love of relationships, the experience and appreciation of beauty, and taking simple pleasure in the fundamental facts of our mortal existence. It means our pleasure is determined more by our imagination and powers of perception than by anything material. In other words, as we will discuss in future posts, Doc’s other lessons don’t advocate a kind of ascetic self-denial but rather a redefinition of pleasure and wealth.
Previous Post

June 8, 2012 Lessons from Doc: #2 “Learn to like reading, conversation, music”
Recent Comments
0 | Leave a Comment
"Syair Sdy"
Bocoran Jitu HK SGP SYDNEY Ecospirituality Workshop (Day #1)
"Watch, the hour is nigh ( Mark 13). The disciples are commanded to watch, for ..."
Hunter Perreira Obedience as Gratitude
"sounds to me like agenda 21 mixed with mormon doctrine......so what is being taught here......philosophies ..."
Sean Shafer Environmental Stewardship and Mormon Belief
"Thank you for sharing this beautiful, thoughtful article! Understanding that I don't have to earn ..."
Teresa Jones Obedience as Gratitude
Browse Our Archives
Related posts from Home Waters