The Quest for Great Mormon Literature 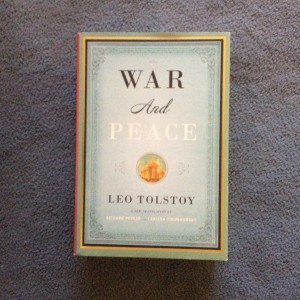 When I was in college, I had the privilege of listening to a reading by the great writer Wallace Stegner. He came to a student dorm and did a reading from his novel, Wolf Willow. In my family he was a revered name. He wrote some of the American West’s greatest novels, he understood Western history and the need for a stronger environmental ethic, and he wrote compassionately about Mormon history as someone who had spent part of his youth in Salt Lake City where he attended activities with a local Mormon Boy Scout troop. I am more disappointed every year to discover that LDS students do not even know who he was. At the time, I was writing a review of his novel, Crossing to Safety, and I was eager to talk to him about it, so after everyone cleared out, Amy and I found ourselves in a private interview with him. While I had his attention, I couldn’t help asking the question that was most on my mind: “Do you think Mormons will ever write great literature?”

He said with a warm grin, “Mormonism tends to produce a lot of happy childhoods. Not having had one myself, I am not sure that is good for literature.”

The New York Times recently posted an article about Mormon literature that uses this same logic. The logic is this: great suffering leads to great literature. I do not believe that this argument is meant to glorify or advocate for unhappy family life, but we now accept this logic without much thought. I don’t think, however, that it gets us close enough to understanding what makes for great literature and what might explain a Mormon penchant for bemoaning the state of Mormon literature. It is true that great literature emerges from the fiery furnace of experience, and so if experience is frictionless and easy, it may not be conducive to great art. But it is also true that Mormon living isn’t exactly a cakewalk. Mormons might tend to have happier families and more stable marriages, but that isn’t to say that abuse, addiction, infidelity, abandonment, neglect or violence are unknowns. And last I checked Mormons across the world are not invulnerable to physical pain, mental illness, unemployment, abject poverty, political and social oppression, and accident, to say nothing of natural disasters, war, and environmental degradation. So what gives?

While I agree that we have underachieved, I am wary of metropolitan and Eastern expectations about what constitutes literary achievement. While Mormons have made significant inroads into fantasy, science fiction, and children’s and young adult fiction,as this article points out, these are all conspicuous accomplishments precisely because they have been so commercially successful. I don’t mean to argue that commercial success inevitably means artistic mediocrity, but I don’t think it hurts to be suspicious of standards that use fame, books sold, and name recognition as indicators of achievement. Nor do I mean to argue that obscurity, parochialism, or local fame should be a substitute for the need for Mormon literature to reach beyond a Mormon readership. The fact is, our poets, dramatists, essayists, and creative nonfiction writers have rarely garnered the attention they deserve, even among Mormons, so I am pretty sure we are not dealing with a bankrupt tradition. It may be the case that we will well end up with great literature long before the rest of the world notices.

I can identify a few reasons why we have underachieved, and in each case these are cultural flaws that, if corrected, should not only help to produce better literature but also deeper spirituality.

First of all, we rely heavily on triumphalist rhetoric in telling our story, too much so in my opinion. We want desperately that Mormonism manifests itself as a difference in the way people experience life and in their chances for deep and lasting happiness. For some, it almost feels like defeat if we have to admit that we experience similar challenges to the rest of humanity. And so we eschew the stories of trial, of contradiction, of horrific accident, as if these are somehow dangerous to our faith and optimism. We do not yet have a strong record of holding and even sustaining serious conversations in our culture about uncomfortable or controversial questions that are nevertheless central to our self-definition. The spiritual contradiction inherent in this attitude should be obvious. No Christian writer can seriously avoid telling the truth about experience and expect to achieve literary greatness, let alone spiritual honesty. That isn’t to say that writers need to obsess on the negative and the difficult. Honesty means telling the truth about life’s trials as well as its triumphs.

Secondly, I think Mormons carry a wound of accusation that goes way back into our history, an accusation about our backwardness and illegitimacy as a faith and as a people. And perhaps this wound has driven us to thirst after quick and easy forms of vindication found in commercial success. I think it is evident not just in the way we have been drawn to the more commercially successful genres but also in the way we disproportionately celebrate the achievements of our athletes, politicians, entertainers, and businessmen. When we do celebrate our achievements in the arts, it is usually to acknowledge the more visible achievements in fiction, film, conventional representational art, and conventional musical performance. Like most Americans, our tastes are overly determined by a commercial market that has never known how to make the necessary distinctions between artistic greatness and entertainment. We scarcely give time to read serious literature as a rule, and unless this habit is more widespread, it is unlikely we will produce much. If we can stop nursing our wounds and instead self-define as an act of love, we will be in the habit of valuing the quiet, nuanced, and subtle reflections on existence and reality that are the mark of great minds.

Thirdly, we have an overly determined and pre-established set of expectations about what constitutes a Mormon identity. I am not necessarily talking about what constitutes gospel living. Those standards of behavior are pretty clear, but it is not obvious (to me anyway) why those standards are then expected to make us draw a small circle around like-minded people with whom we exclusively think, consult, and learn together. Those whose experiences are outliers from the social norms of Mormon life, those who raise their voices at the margins, or those who leave the church often end up in separate rooms, as it were, holding separate conversations from the institutionally loyal. The assumption is that we have nothing to learn from outside our culture. And the consequence is that we remain ever more unknown to others. Great Mormon literature would be the result of overcoming this dilemma. Moreover, we do not yet fully understand our own mandate to be about the business of charitably laying hold of all good things, gathering together all truth from all cultures of the globe. If we were as invested in embracing truth as we are in identifying error, the humanities would play a much more significant role in our lives. We would read widely and with a serious religious passion for greater understanding of human experience, human cultures, and human diversity. This would have no small influence on our literary and artistic sensibilities.

Finally, Virginia Woolf famously noted that great literary genius is not hatched in isolation from social, economic, and even family conditions. Individuals touched with a passion for writing need allies. They need, as she put it, a room of their own, which is the space and time necessary to consecrate to the holy quest of achieving artistic greatness. It is not self-understood in our culture that artistic greatness is a value, nor is such space and time readily available. There are already a host of demons prepared to perch on aspiring writers’ shoulders whispering that they don’t have the talent, that they are wasting their time, and that no one will care anyway. And then there are the many demands placed on our time to be about the business of serving others, of taking care of and providing for our families, our wards, and our communities. Who has time to write alone in a room away from all the activity, talking, emails, phone calls, and commitments? Producing literary greatness takes more than an individual who wants to write; it takes a partner—a spouse or other family member, a close friend or a mentor, or better yet, a community, who believes in the transcendent value of what emerges from the crucible of creative work. Such belief leads to the work and sacrifice of others to make room and time for such endeavors. In short, writers need permission to write, even a gale-like wind to fill the sails of confidence and desire that comes from those who love them.

Great literature, in other words, isn’t the superfluous icing on the essential cake; it is a natural consequence of a culture that is doing something deeply right.