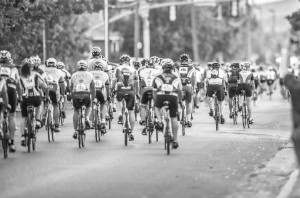 I was and I am always of the opinion that knowledge can come from many sources, not only the one that official “academia” wants us to recognize as ‘approved’ (by whom? By them, of course!). Surely that does not imply that we should not give attention to what professors are saying, but we should do this “cum grano salis” as the forefathers taught us. Of course for Catholics it may be different, because we are talking of a divine revelation, so if the Pope speaks ex cathedra we should give our assent. In other cases we should also follow with attention, but not to the point of silencing our conscience.

Now, I am talking about all this because I was thinking of a joke I have seen in an Italian satiric news agency called “Lercio” (means something like “dirt”). They create fake news. One of those says: “Mayor has closed a paints store so that it may not offend the sensitivity of colour-blind people”. There is more in this sentence than a simple joke. Indeed politically correct is that element that is contributing to the ruin of our civilization. It is a stupid idea that we should respect everything except the truth, that to cherish unfortunate people means making everyone unfortunate, that using different names can also change situations. Life is often unjust, we need to accept a reality of our existence. Politically correct make us to look just a certain side of the story without taking into account the whole picture: “Juan comes up to the Mexican border on his bicycle. He has two large bags over his shoulders. The guard stops him and says, “What’s in the bags?” “Sand,” answered Juan. The guard says, “We’ll just see about that. Get off the bike.” The guard takes the bags and rips them apart; he empties them out and finds nothing in them but sand. He detains Juan overnight and has the sand analyzed, only to discover that there is nothing but pure sand in the bags. The guard releases Juan, puts the sand into new bags, hefts them onto the man’s shoulders, and lets him cross the border. A week later, the same thing happens. The guard asks, “What have you got?” “Sand,” says Juan. The guard does his thorough examination and discovers that the bags contain nothing but sand. He gives the sand back to Juan, and Juan crosses the border on his bicycle. This sequence of events repeated every day for three years. Finally, Juan doesn’t show up one day and the guard meets him in a Cantina in Mexico. “Hey, Buddy,” says the guard, “I know you are smuggling something. It’s driving me crazy. It’s all I think about….. I can’t sleep. Just between you and me, what are you smuggling?” Juan sips his coffee and says, “Bicycles”.
This is why we should be against politically correct. We are forced always to look at some elements, but missing completely the reality of life.
Previous Post 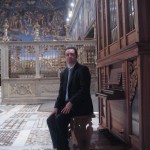 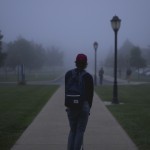 May 16, 2016 For a new (but old) education
Recent Comments
0 | Leave a Comment
Browse Our Archives
Follow Us!