Everything In The Gospels Is About The Mass 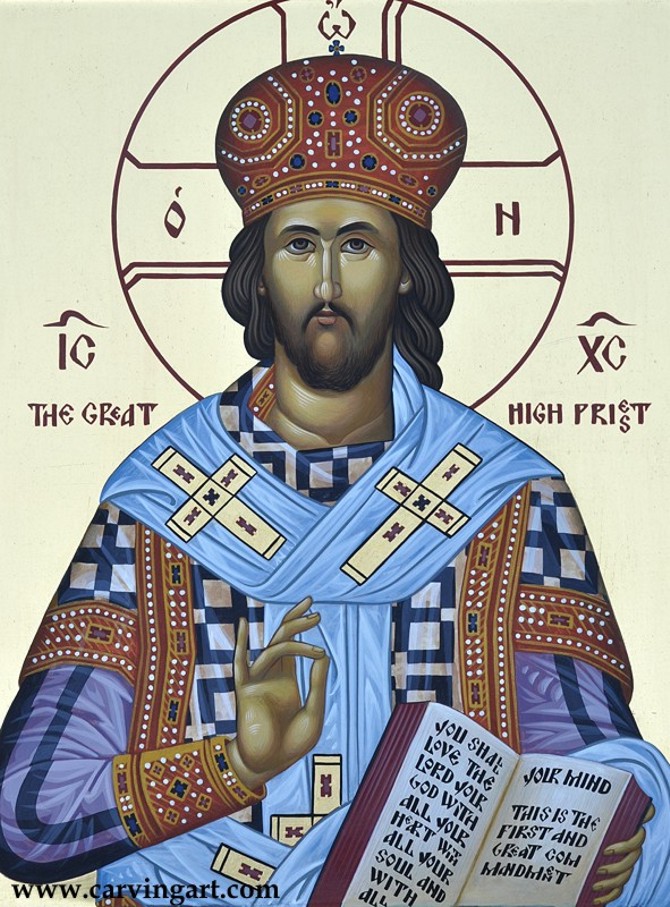 I’d like to propose a new Biblical exegesis 101 rule: everything in the Gospels is about the Mass.

I mean, just off the top of my head:

The Prodigal Son. Everybody knows in the parable of the Prodigal Son you have the father who is the God-figure, and the two wayward sons. But where’s Jesus? He’s the fatten calf. He’s the meal! The party that the Father is throwing is a Mass! That’s why everybody is invited (that’s why you would slaughter the fatten calf). The table is an altar. It points to the Wedding Feast of the Lamb from Revelation, which as we all know is a Mass. (It’s the fact that Tim Keller, a Calvinist, totally misses this dimension in his otherwise outstanding Prodigal Son lecture that got me excited enough to write this post.)

Feeding the Multitude. Pretty obvious, that one. (FOOD => MASS. #HighlyAdvancedExegesis) But still. Jesus feeds his people. With bread. That he (the priest) gives thanks for and blesses, and then a miracle happens to the bread. This event appears in all four Gospels, and in all four Gospels Jesus looks up to Heaven and says a blessing. We have to imagine that it wasn’t a brief or commonplace blessing, but that it was a true liturgical prayer, if all four gospel writers noticed it enough to mention it.

The Healing of the Deaf-Mute Man. I love this story, because it summarizes the entire Gospel. Jesus heals us, and says Ephphatha, be open. Be open! Be open to grace. Be open to the Gospel. (By the way, the grace of God opens us, but then it’s up to us to cooperate with that grace. #CatholicPitches) What else happens? Jesus puts his saliva on the man’s lips and tongue. What an incredible gesture! I can’t ever shake that image. Jesus and the deaf-mute man, face to face. Jesus licking his fingers and putting his saliva on him. Imagine Jesus Christ, the Lord, touching your lips so tenderly. It’s a kiss. In some ways, it’s even more intimate than a kiss. He’s the Word of God! He doesn’t need to mess around with saliva to heal a deaf-mute man. But he wants to! It’s communion. Jesus puts His body on the man’s tongue. That’s what opens him. He receives the Body of Christ.

The Emmaus Pilgrims. This is the most striking one. The story of the Emmaus Pilgrims is one of my favorite from the entire Bible. Are we not all the Emmaus Pilgrims, wandering around, totally clueless, with Jesus walking on our side, and us not noticing Him? That’s the superficial (and true) meaning of that story. The other superficial (and true) meaning of that story is that, yes, Jesus of Nazareth really did bodily rise from the dead–people saw it. But what is the story of the Emmaus Pilgrims? What is its structure, its nature? It’s a Mass! It follows the Order of the Mass. First the Pilgrims hear Scripture, and expository preaching on Scripture. Then they come to a table, for what? The Eucharist! Jesus blesses the bread and the wine, and that’s when their eyes are opened. What just happened? Christ the High Priest performed the sacrament of the Eucharist! You just got ephphatha’d, bro. Put that on a t-shirt and sell it. They “discern[ed] the body” indeed. And why does Jesus disappear? There’s this little magic trick, at the end. Jesus blesses the bread and wine, the pilgrims realize that this strange man is Jesus, and poof! He’s gone. Behold, the magical appearing and disappearing Messiah! Nothing in my left sleeve, nothing in my right sleeve, nothing in the wound in my side… Why does he disappear? The answer is, He doesn’t. He’s still there. As bread and wine. He’s still there! It’s Him! There’s no difference. He was with them on the road, He was with them when He blessed the bread and the wine, He’s there afterwards. Sometimes they see Him, sometimes they don’t, but in every case He is there. The story of the Emmaus Pilgrims is a Mass. It is also the story of the Church. It is fractal. The story of the Mass is the story of the Church is the story of the Mass. The Eschaton itself is a Mass, and the Mass is a piece of the Eschaton. And always, Jesus is present. 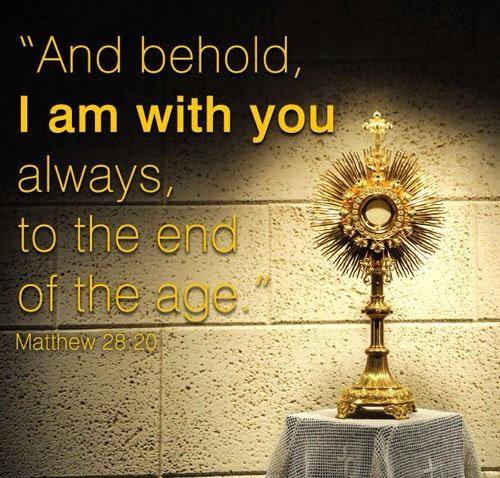 April 2, 2014
Some Points About Homophobia And The Church
Next Post 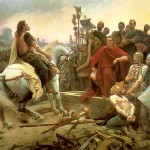 April 3, 2014 New Distributism 4 — Why The Church Needs A Prophetic Economic Voice
Recent Comments
13 Comments | Leave a Comment
"https://en.wikipedia.org/wi..."
pgtipsster The Best Defense Is A Good ..."
"The point that leapt out at me from this post is the complaint that atheists ..."
Bob Seidensticker The Amazing Incuriosity Of The New ..."
"I'm glad to see the atheist reaction against New Atheism becoming more widespread. Although it's ..."
Steven Bollinger David Hume Against The New Atheism
"Which may indicate you don't actually know the Gospel. Tell me: if you died and ..."
Andy Inoculated
Browse Our Archives
Related posts from Inebriate Me