Elizabeth Stoker Bruenig has responded to my previous post. A few points.

First of all, no, I did not “accuse” Bruenig’s scholarship of anything, or “attack” it. When I said that I did not know if her exposition of Augustine’s views was accurate, that’s just precisely what I meant, and no more. I was not intimating anything else. Which is why I went on to say that that was irrelevant to my argument in any case. The fact of the matter is that I am deathly embarrassed of my ignorance of Augustine, who is the Church Father for whom the delta between his stature and my knowledge of his work is the biggest. I am really truly very sorry that what was intended as an attack on me was seen as an attack on anybody else.

With regard to the heart of the argument…

Bruenig writes that her and Augustine’s “legal realism” is merely a descriptive theory, not a prescriptive one, and that all it does is note that different property arrangements exist at different times.

For example, I do not understand why Bruenig uses her description of Augustine’s legal realism as a retort to the desert theory of property, which is a normative, not a descriptive theory (that something is deserved cannot be a pure statement of fact–this is tautological). Bruenig is not simply correcting the record in re: a misrepresentation of Augustine’s view; she is clearly arguing that we should reject desert theory. But how does one reject a normative theory solely on the basis of a merely descriptive one, without imbuing it with normative implications or presuppositions? And how does a merely descriptive theory provide “strong directives for civil translation”? (I am assuming that means “translation into civil law/order”, but I’m not sure.)

In her post, Bruenig writes: “the author and I actually agree: states really are horrible stewards of property from time to time!”

Perhaps Bruenig will say that this is still mere description: since property is ultimately enforced by the state, according to laws enacted by the state, it is the state who is–as a descriptive matter–the steward of property. (This seems to be the meaning of her thought experiment re: Roman slavery.)

Except that–and again, perhaps I have lost the thread somewhere–I don’t see how it works.

For example, it is the case that we can see empirically that human life exists; we can see that at various times and in various places, human life has been more or less well protected by states; we can see that sometimes human life is protected by the state and sometimes destroyed by the state, and sometimes destroyed with the license of the state; often states take it upon themselves to define what human life, precisely, is (or where it begins, or ends). And indeed, while many states have been very enthusiastic destructors of human life, it is still the case that most human life has been, directly or indirectly, nourished by the institution of the state (since most human life, presumably, would not be there if we lived in a Hobbesian state of nature). Yet it would seem odd to describe the state as “the steward” of human life. Protector, perhaps. But not steward. Nor would it seem germane to the question of whether the state can properly be called the steward of human life to note that sometimes–even very often–states have behaved, and do behave as if they are.

This is a key but subtle distinction. We are all agreed that property rights are enforced through the states, as are all rights. And we are all agreed that very often states behave as though they are at complete liberty to reshape and respect (or not) those rights. It does not follow that these rights have no content–either descriptively or prescriptively–apart from the state.

Bruenig goes on to write:

Because of how property laws are set up, wealthy people can keep amassing their wealth for generations while the poor suffer, and the poor have no recourse but to hope the wealthy choose to slide a little their way.

Why is this schema terrible? It observes state conventions of ownership that are out of joint with the rights of persons to legitimate use of God’s creation. Therefore the state is acting unjustly.

This is both debatable and fair enough, but what still leaves “this author” a bit disquieted.

The problem for me, to get down to it, is that there is nothing in what Bruenig writes here, or in the rest of her post, or in anything else I have read by her on the subject, that gives me the impression that Bruenig believes anyone could have a principled objection to–let’s say–a total redistribution of property. I am not accusing Bruenig of agitating for communism; quite possibly she would deplore such an idea. I am asking about the principles at play. Put differently, what I am asking is whether, under what she takes to be correct Christian ethics, there is any scheme of redistribution to which one would be well-founded to object, not on grounds of expediency or consequences, but simply on the grounds of principle. Or is it the case that, according to her, under correct Christian ethics, all property is contingent and rights of property–being mere fictitious creations of the state, and all properly belonging properly to God–have only instrumental and not intrinsic value.

Or, to put it even more clearly, is it correct to say that people have a right to private property in the same way that we say they have a right to speak freely, or assemble peaceably, or any of those rights the recognition of which we typically take to be a mark of civilization? That is to say, rights, that (conceptually rather than historically) “preexist” the state in the sense that the state is duty-bound to respect them not on grounds of expediency but on grounds of higher law (which does not, of course, imply that any such right is absolute since rights conflict with other rights)?

That is the question the answer to which Bruenig always seems to be taking for granted and never explicitly states.

If Bruenig’s answer to this question is what I think it is–what I have been taking her to imply over and over again–then I maintain that her ethics are incorrect on both Catholic and Enlightenment grounds. If I am wrong about her answer then I have been utterly clueless–which is certainly a distinct possibility–and I apologize.

(P.S. Just to clear up any potential confusion: I don’t know what it might look like to “try to erect entire moral systems based on the idea of property”, but that’s certainly nothing that I would be involved with. I would be afraid of spraining something. Nor, to be clear, since this is a strawman that sometimes appears, do I believe in absolute property rights. It’s always funny to me, who wrote 5,000 words in a libertarian journal pillorying the libertarian theory of the state, to be accused of being a raving libertarian.) 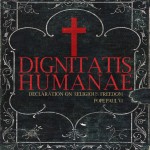 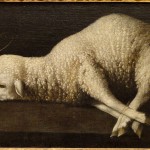 July 22, 2014 Catholicism and Accountability
Recent Comments
6 Comments | Leave a Comment
"https://en.wikipedia.org/wi..."
pgtipsster The Best Defense Is A Good ..."
"The point that leapt out at me from this post is the complaint that atheists ..."
Bob Seidensticker The Amazing Incuriosity Of The New ..."
"I'm glad to see the atheist reaction against New Atheism becoming more widespread. Although it's ..."
Steven Bollinger David Hume Against The New Atheism
"Which may indicate you don't actually know the Gospel. Tell me: if you died and ..."
Andy Inoculated
Browse Our Archives
Related posts from Inebriate Me