The Problem With “Legal Realism” 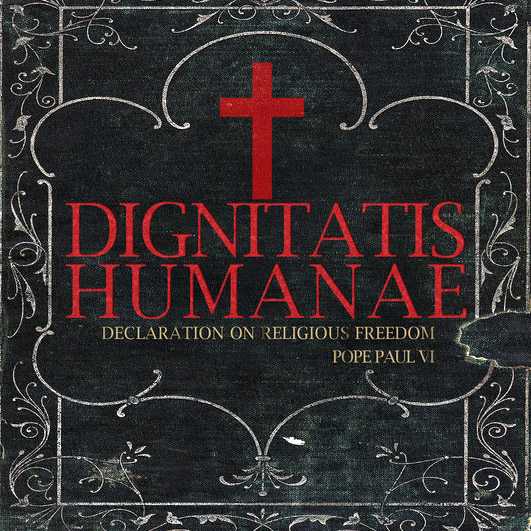 As I write these lines, one of the most ancient Christian communities in the world is earning the glory of persecution for the sake of the Kingdom. In the middle of dinner with orthodox Jewish friends yesterday I received a text message from my wife warning me for our personal safety after (later confirmed) reports that rioters were attacking kosher stores and restaurants in the heart of Paris, a latest in the unbearable drumbeat of anti-Semitic violence now shaking my old country. I must confess that I was filled with not a little pride and joy at the idea that I might be granted the blessing to suffer in solidarity with Jews attacked for being Jews, although in any event that night the persecutions spared us.

Obviously I am not comparing myself to the heroic Christians of Mosul, only taking stock of my state of mind as I write these lines. I might be accused of unfairness on account of introducing a reflection on theoretical theological matters with not-too-subtle evocations of the fascist jackboot. But every Christian will surely recognize that there is, or must be, a straight line between theological reflection and action; that, at least for the follower of Christ, a theology without consequences is no theology at all; and that, therefore, it is not useless when evaluating a theology to ponder what its consequences might be, especially in a world wracked by sin and concupiscence.

Which leads me to a post by Elizabeth Stoker Bruenig evaluating Augustine’s theology of private property. Bruenig writes against the notion that Augustine had a desert theory of property, i.e. that property is legitimate insofar as it is the product of human industry or creativity or whatever. I myself have no dog in this particular fight. I have no problem acquiescing to the idea that in a world which inherits such a long and catastrophic legacy of oppression, the notion of “just desert” of anyone’s property is highly dubious. My main problem with critiques of desert theory is the way in which they, almost always by a sleight-of-hand, fail to distinguish between the moral and legal status of property; in other words, just because Bob’s wealth is of morally dubious origin, does not, at least not ipso facto, mean that the state (or anyone else for that matter) has a right to confiscate it.

But never mind. In contrast to desert theory, Bruenig argues, Augustine had a much more straightforward theory: everything, properly speaking, is the property of God; whatever earthly right of property fallen sinners may have “is totally [emphasis mine] reliant upon our governing structures, the systems we create to order ourselves, whatever those may be.”

In other words, there is no “natural” or “human” right (as we would describe it in contemporary terms) of private property; instead, Augustine’s theory is better understood, Bruenig writes, as a “Christian legal realism”; that is to say, the position that human beings have no intrinsic rights (at least in the domain of property, although why this should be true about property and not other rights is unclear) that human institutions and laws are bound by higher laws to respect, and that such rights are “totally” fictitious creations of the sovereign that the sovereign is only bound to respect–or not–insofar as it serves the common good. This “Christian legal realism”, Bruenig informs us, is “directly applicable…today.”

I confess to not being a knowledgeable enough scholar of Augustine to be able to assess whether this is an accurate rendition of his theory. I might just query whether it makes sense at all to use the category of property or ownership to describe the relationship of an utterly transcendent and benevolent God to his created order, but this is an aside.

Augustine’s theory of property is, in and of itself, of little consequence to me, for no one, not even a Doctor of the Church, summarizes by herself the full Catholic doctrine. For example, we justly do not feel bound by the almost universal Patristic evaluations of slavery as a regrettable, but permanent, feature of human society. I find myself much more at home with what I take to be the “generic” Catholic understanding, heavily influenced by Scholasticism, of private property as a kind of God-granted stewardship, which issues in both a natural right of private property and a moral duty to use this faculty in accord with the will of God; and with the declaration of the Ecumenical Council of Vatican II that every human being, as an image-bearer of God, has transcendent dignity, one consequence of which is the existence of natural rights that human institutions are bound by divine law to respect.

What is most striking about Augustine’s theory is that, as Bruenig dutifully records, he argues for it in support of his decision, in her words, to use “Roman state force to strip the heretical Donatists of their property.” While Bruenig helpfully assures us, in less-than-forceful language, that she is not in favor of that “tack” and that this was “a bad thing to do”, the disquieted reader cannot help but raise an eyebrow at how undisturbed she seems to be by the fact that her chosen exposition of her pet theory is found in a letter written in justification of what can only be called an atrocity. And perhaps I will be forgiven for a hint of panic upon Bruenig’s seeming total peace there.

People like me can often seem boringly Cassandra-ish in our warnings of somber totalitarian impulses unleashed by the reduction of human rights to, well, nothing at all. Here, the use of “legal realism” to oppress a minority is not some potential, hypothetical, future step down the slippery slide, it is literally coeval with the exposition of the theory. Bruenig approvingly relates how Augustine brushes off the Donatists’ pleas for a modicum of justice as so much pish-posh. “Thus, Augustine says, quit trying to act like what is happening to you is not legit.” Yeah, Donatists. Just quit whining already.

I do not mean here that Bruenig is anxious to strip heretics and other minorities of their properties and their other rights. I have no problem believing her when she says that she honestly views it as “a bad thing to do.” But the problem with intellectual ammunition is that it is rarely used by those who inhabit the halls of power in quite the same way as their authors intended. Many French Revolutionaries were duly horrified by the massacres of the Vendée (although a great many were not). This is why we have this notion of human dignity and human rights to begin with; in a world where sovereigns did not use their prerogatives to take the wrong “tack”, we would have no need of it. And minorities, religious and otherwise, do get their property confiscated and do endure state or state-abetted violence, on a regular basis, making it only slightly alarmist to point out that these things do happen.

The only thing that Bruenig’s exposition on “Christian” legal realism manages to demonstrate, with perfect simplicity and innocence, is that under this theory, even in a world ruled by men as wise and holy as Augustine minorities will end up despoiled and brutalized by the state. And that is sufficient to reject it.

July 21, 2014 An Apology And A Question (More On Legal Realism And Property Rights)
Recent Comments
7 Comments | Leave a Comment
Browse Our Archives
Related posts from Inebriate Me