David Hume Against The New Atheism 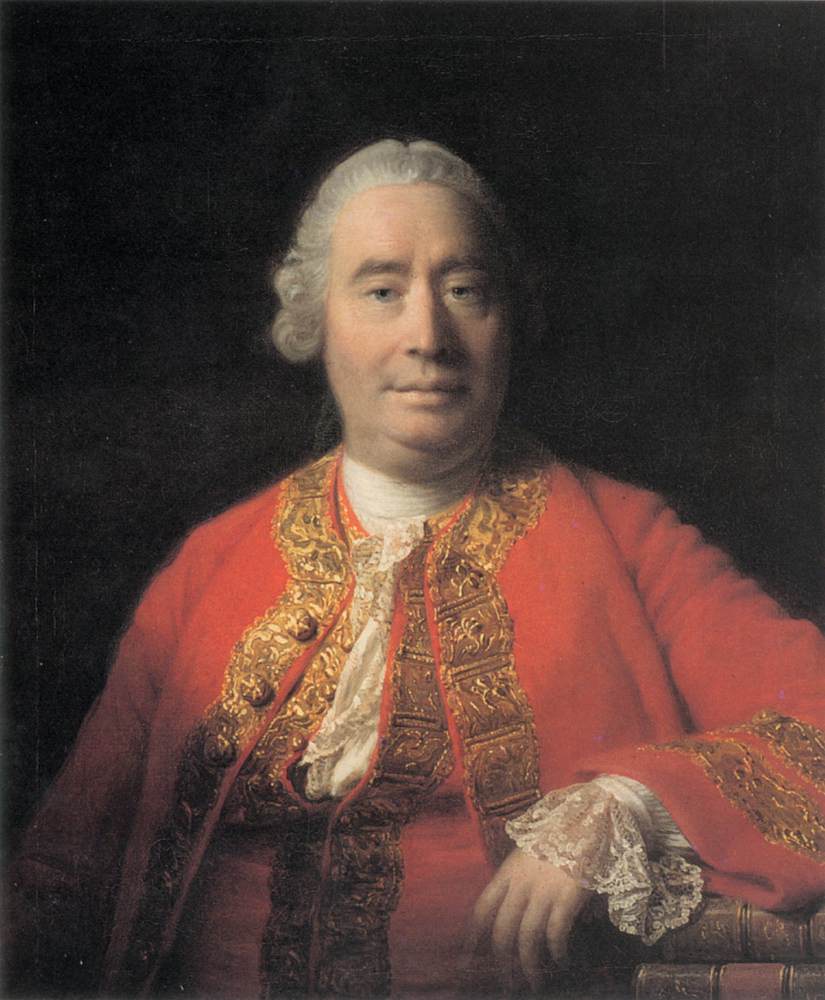 When I did was invited to the Theologues podcast on the New Atheism, I was asked what was “new” about the New Atheism, and I answered: they are new in stupidity. This is obviously a polemical assertion that demands justifying, and I think one of the best ways to understand what is so lacking about the New Atheism is to compare them to their philosophical atheist forebears, and among them the figure of David Hume obviously towers.

David Hume is often lazily described as an “empiricist” philosopher, but it would be more accurate to call him a philosopher of radical doubt, of which his philosophical empiricism was merely an expression. And his radical doubt led him to have equal impatience with atheistic fideism as with theistic fideism. So here are merely a few points that would have Hume rolling his eyes at the New Atheism.

Hume and Classical Theism. In a word, Hume understood the difference between deism and classical theism, and the New Atheists do not. New Atheist polemics against a creator God usually take the form of “If God designed the Universe, then who created God?” or Dawkins’ famous argument that a God capable of designing the Universe would have to be a very complex being, but evolution teaches us that complex beings only come about by evolving from simpler beings, therefore a complex designer god who antedates the Universe is impossible. Of course, theists will readily acknowledge that there is no highly evolved superbeing who predates the Big Bang. But Dawkins’ argument only obtains if one presupposes that this demiurge is subject to the physical laws of the Universe itself rather than its transcendent source. This demiurge is the god of Deism, with whom Hume had very little patience, but he understood that this watchmaker god is different from the God of classical theism. Hume held that New Atheist-type arguments about causal regress worked against the God of deism but not the God of classical theism, and he held that the classical arguments for theism could not be disproven, and it was only because of his commitment to radical doubt that he did not embrace them. This point is sometimes ill-understood. Hume’s rejection of the cosmological argument was driven by his rejection of all a priori reasoning, a consequence of his empiricism (itself a consequence of his radical skepticism), not to any flaw within the cosmological argument itself once granted its premises (which Hume refuses to do). To Hume, even classical theism could only be embraced by a leap of faith, which he was unwilling to do, but he nonetheless recognized its consistency.

In this regard, the history of the cosmological argument thence is fascinating. As we know, within the cosmological argument, the idea of an infinite regress of finite causes is the alternative to the uncaused cause. Hume wrote that the infinite regress argument worked against the god of deism but not the God of theism. The next time we see this line of attack in English philosophy is in John Stuart Mill, where he, with an almost touching blithe unawareness of the difference, uses Hume’s arguments against both deism and theism. And then we get down to Bertrand Russell, who says that Aquinas rejected the possibility of an infinite regress of finite causes because his medieval mathematics couldn’t grasp the concept of infinity, which is ridiculous to anyone who has actually read Aquinas. (Russell also held that people shouldn’t read Aquinas since he merely parroted Aristotle, which really teaches you more about Russell than anyone else. And also that you shouldn’t drink your own kool-aid.) The cosmological argument was never disproven, it was merely forgotten.

(Note that it’s possible to offer an esoteric reading of Hume in this regard: maybe Hume held a lower opinion of classical theism. We certainly know that Hume enjoyed and practiced esoteric writing, and I am offering a somewhat esoteric reading of him. After all, Hume occasionally represented himself as some sort of believer, and the question of his true beliefs is a controversial one, but I side with his contemporaries in describing him as an atheist through and through.)

Hume and Scientism. One of the silliest features of the New Atheism is their scientism, usually defined as the belief that empirical science can satisfactorily answer all human questions, including questions usually thought of as outside its remit, such as questions having to do with meaning, the nature of existence, morality, and so on. Hume would have no time for that. Indeed, he is most famous for formulating the Problem of Induction, which shows that, strictly speaking, science is incapable of proving anything, let alone of decisively answering non-empirical questions. Here we see the consistency and even courage of Hume’s approach, and the striking contrast with the New Atheism. Hume’s radical skepticism led him to question both religious belief and the validity of empirical science, and to recognize that scientism is the most inane of all fideisms.

Hume and the Is-Ought Problem. In Breaking the Spell, Daniel Dennett makes the following argument, also often propounded by Richard Dawkins: religion is a natural phenomenon, and a product of evolution by natural selection; but while religion might have been adaptive once, it is now a spandrel, a left-over that has outlived its usefulness, and should now be discarded. Whoops! Did you see what was going on? Someone just derived from an “is” (religion is a product of natural evolution that is no longer adaptive) an “ought” (religion should be discarded), running into the Is-Ought Problem, also known as Hume’s Law. Hume points out that is-statements are categorically different from ought-statements, and that one cannot logically derive the latter from the former. This is a perennial problem for the New Atheists, since a key element in their system is to find some “grounding” for morality in naturalistic evolution: it is adaptive to cooperate and to display altruism, and therefore evolution provides a grounding for morality. But even if their “is” is correct, it still does not tell us why one ought to behave morally. One might even say that it is a structural problem, since by definition if you a priori believe that only the material world exists, then only is-statements are meaningful. If you believe in a creator God who is the source and end of all goodness who has thus rationally ordered the world, or if you merely believe like the ancient philosophers that the world is ordered according to reason, the Is-Ought Problem is a walk in the park. Now, maybe it is possible to square the circle, but what makes the New Atheists so galling is that they don’t even seem to be aware of the problem, even as they keep running into it.

January 14, 2015
You Should Go To Church, Even If You Don't Believe In God (After All You Might Meet Him)
Next Post