Why It Matters That The Bible Was Written By Human Beings

Why It Matters That The Bible Was Written By Human Beings January 1, 2015 Pascal-Emmanuel Gobry 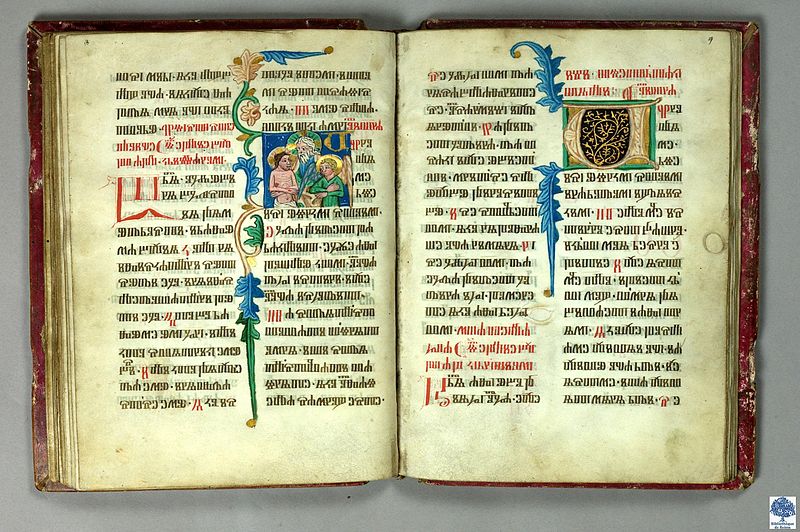 By stark contrast, every book of the New Testament, the “self-consciously” Christian part of the Bible, proclaims human authorship, either directly in the book, or through assignment by Christian Tradition. While Mosaic authorship of the Pentateuch has historically been the majority position of the theologians of the Church, “divine dictation” has never been an article of faith. Instead, the position of the Church has been that of divine co-authorship of its Scriptures.

Well, divine dictation makes sense if you believe that human co-operation can only degrade the work of God. The divinity and supremeness of the Scripture is guaranteed precisely by the fact that the human scribe had no personal input into the text.

By contrast, the Christian understanding of God, shaped by the experience of the Incarnation by the Apostles, has always been that of a God who not only respects creaturely freedom, but positively glories in it as one of his generous gifts to us, part of our imago Dei–indeed, as a form of our participation in His very nature.

There is a striking tendency in the history of religion for polytheism to evolve into monotheism. The rational mind cannot escape the necessity of a transcendent uncaused cause to account for the existence of finite causes, and the paucity of pagan myths to account for the great mysteries of existence and the great tremors of the soul. The Most High God is postulated, the gods become, first, creatures of the Most High God, existing on a higher plane than humans but lower than the Most High God, and later, allegories of the Most High God. This is basically the schema of Platonism and, though I am not an expert, I understand that this is roughly the trajectory of some forms of Vedantic Hinduism and of some forms of Persian religion.

But the problem is that this Most High God is chiefly defined by his transcendence and incomprehensibility. But while Christian Tradition affirms those metaphysically necessary attributes of God, it also affirms that (if you’ll pardon a pun) they are not God’s last Word.

Without the Incarnation, and without the Trinity, divine transcendence and incomprehensibility seem to inevitably lead to a voluntaristic and fatalistic understanding of God: things happen because of divine decrees that are ultimately beyond our ken. In Orthodox Judaism, the Satan is not a rebellious angel who has been granted a sphere of freedom because of God’s supererogatory generosity even towards rebels, but rather a mid-level angelic functionary acting on direct divine orders to test His creatures. God ultimately transcends Good and Evil, at least as we humans understand them.

In this naturalistic understanding of God, the classical Christian idea that there are things that God cannot do seems like a sacrilegious denial of divine transcendence, whereas from the Christian perspective it is a logical consequence and affirmation of God’s transcendence, since it means God is the ultimate source of the unconditioned Good.

What this all means is that God is ultimately in a conflictual relationship to human beings. God invades the human sphere from without, and when He does, the human has to give in. The only way to guarantee the divinity of Scripture is to reduce human input to zero. As Feuerbach would have it, the yes to God is the no to man.

And here we see how this naturalistic understanding of God, precisely in its emphasis on God’s transcendence, God’s incomprehensibility, God’s distance and unlikeness to man, is ultimately a psychological projection of man: a “God” who is pure will, pure might, pure sovereignty in human terms, pure power to destroy as well as to create–in other words, a God who is what we would be like if we had divine powers, and not the source of the unconditioned Good, True and Beautiful. In short, a God who vindicates the New Atheism, the Great Leader of a cosmic North Korea, in Christopher Hitchens’ famous phrase.

Instead, what the Christian Scriptures proclaim, in their very self-presentation, is a very different understanding of God, man, and their relationship thereof. The Bible is more divine because of human participation, just like Christ’s divine nature did not erase or compromise his human nature in the Incarnation, just like Mary’s immaculate conception makes her more human, not less. It was not handed down on Mount Sinai, it was produced within and through history, like the Emmanuel God who enters history to redeem it. Grace perfects nature. Because it is the Word of God, it is a human work, produced and received over time by the Church and for the Church, which is the Body of Christ, indwelled by the Spirit.

The astonishing Letter to the Galatians was not dictated to a secretarial Paul by some inaccessible force beyond the beyond, it was written by this very Paul drawing deep from the well of his pathos, his individuality, his uniqueness, his style, and it is why it makes such an impact upon us today even though the conflicts that occasioned the letter are long gone. When Paul writes, “It is no longer I who live, but Christ who lives within me”, we must take him very literally. By grace working through love, as many mystics and saints have described, Paul’s ego was crucified by the Holy Spirit and he, like the great saints, achieved the measure of theosis, of inner transformation, that is available to us even in this life. But this did not turn him into the soulless automaton of anti-religious caricature (which so many religious people confirm!)–instead, like with every other great saint, this process made him more himself, more Paul, not less, more strikingly unique.

Jesus did not dictate a book, instead he founded a Church, led by an apostolic college, endowed with the Holy Spirit (more accurately: the Emmanuel God never stopped dwelling), and members of this college went on to write Gospels, each with their own individual perspective, each with their own subjectivity, and it is precisely this combination of individual human perspectives that gives us a more accurate and profound testimony of Jesus than we could have had any other way.

The yes to God is the yes to man. Grace perfects nature. The glory of God is man fully alive. We are co-workers. The Christian God, the very nature of Being itself, is also the Trinitarian symphony, whose infinite beauty causes and glories in the diversity of individuality and the richness of creaturely freedom, with no design to subsume them under some totalitarian, monadic individuality, with no aim other than to give, to create, to love, no design other than generosity, perfectly immanent because He is perfectly transcendent, supremely free because He can only do the Good, who only respects and enhances our freedom because of His supreme power.

In salvation history, God had to prohibit to the Israelites the making of images, in order to rid his people of paganism, to introduce into the world this radical idea, that the true God is not even like gods, to make way for the revolution of creational and moral monotheism. But the Church produced art with a creative frenzy unmatched in human history, because the teaching of divine transcendence, while necessary, was only the prerequisite for the fuller reality of the Incarnation (it is because God really is the inaccessible, unknowable, infinite, that it is so astonishing that He came and dwelt among us), where the divine nature respects and enhances human nature, where human artistry and creativity is the holiness of participation in God’s infinite, relentless creativity. Once it is understood that an image is an image, it can be grasped that God glories in images; once transcendence is taught, the Incarnation can occur; once monotheism imposes itself with the force of persuasion, the fuller reality of the Trinity, and therefore the symphonic nature of all reality, therefore God’s non-rivalry and non-violence, therefore God’s ontological generosity, can make itself known.

The Bible is a fractal symphony, and we are all invited to play in the orchestra of the Church. In its point-counterpoint, the New is concealed in the Old, and the Old is revealed in the New. The types of Christ testify to Jesus, and Jesus is understood through the types of Christ. In the kairos of the liturgy, Old and New dialogue, the symphony is performed, the glory of God revealed, the Word of God present in speech and song and prayer before becoming truly present on the altar and the banquet table. God-with-us, God of the living, God the Father, the Son, the Holy Spirit, does not dictate books, he plays a symphony and invites us to join in, to enter into the Truth, the Way and the Life, by means of His self-disclosure, which can only be His dwelling, His presence, His action among us within the concreteness of humanity and history, leading to the mystical union which will be finally consummated on the Last Day.

January 2, 2015 Descartes' Ontological Argument And What It Means For How We Understand Philosophy
Recent Comments
3 Comments | Leave a Comment
Browse Our Archives
get the latest from
Catholic
Sign up for our newsletter
POPULAR AT PATHEOS Catholic
1