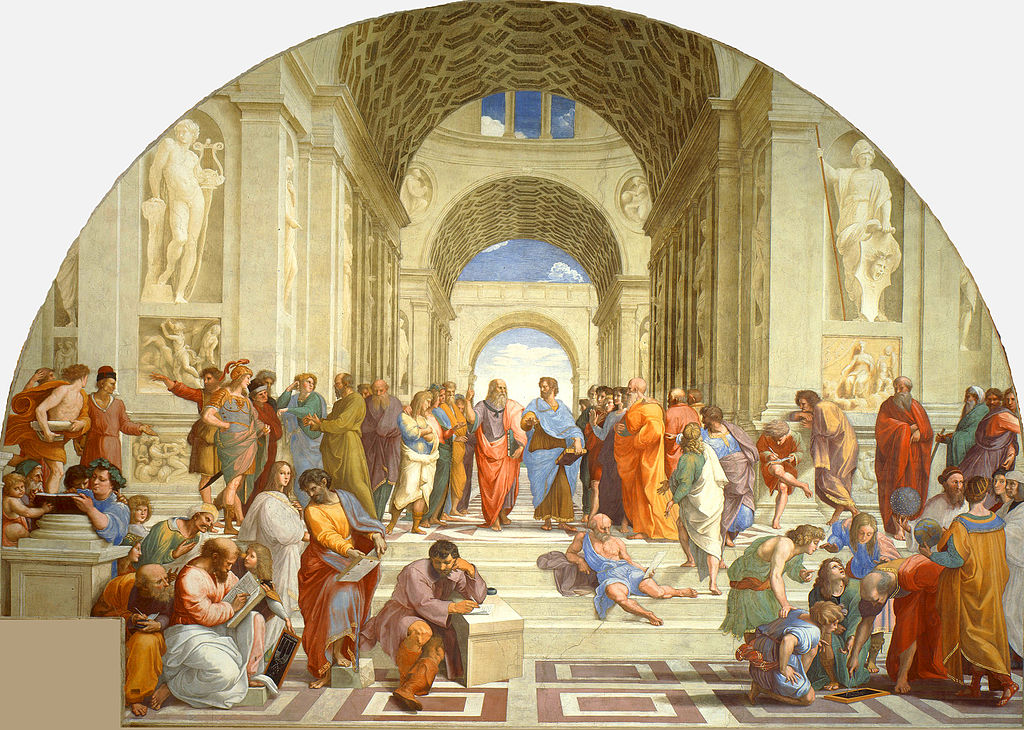 But as an “-ism” historicism is a very soapy slippery slope to philosophical relativism: all philosophers were simply men of their times, prisoners of their times, and therefore their thought can be taken or left; it ultimately does not touch transcendent truth. Some thinkers explicitly make this move, but it really stalks all of philosophy, as an underlying sense of the impossibility of truth, of the impossibility of a philosophy that produces secure truth. Like coldness in a loveless marriage, this dread sense is everywhere and nowhere.

For those who are interested in a philosophy that produces truth, or can produce truth, the temptation to “historicize the historicizers” is seemingly irresistible. A philosopher at bottom is a pugilist, and few things are more thrilling than the intellectual judo move of using an opponent’s own premises to stand her argument on its head. The problem is that if you’re not careful you might sprain something while doing it.

Historicism is inseparable from postmodernism, described in Lyotard’s apt phrase as “incredulity towards metanarratives”. Historicism robs metanarratives of their power to convince. And postmodernism is “post-“modern because it turned its historicist fire first at Modernity and its “myth of pure reason” accessible to all rational beings.

Within this history, there have been at least two attempts to “historicize the historicizers” and come out the other side with a recovery of philosophical truth.

The first has been, especially on the part of Christian thinkers, to embrace the postmodern critique of Modernity as a tool against Modernity, seen as the great enemy, the great acid that corrodes Christianity. Representatives here include John Milbank, Alasdair MacIntyre and David Bentley Hart.

Everything is metanarrative, including Christianity, and that’s fine. As Hauerwas puts it describing MacIntyre’s project, “one tradition of inquiry can put another tradition into an epistemological crisis.” The sword and shield are then easily wielded; with one hand, historicize rival metanarratives; with the other, present your own metanarrative as the haven in the storm that has crushed the other metanarratives. We all know the moves: the supposed “neutrality” of secularism is really just another religion replete with its own metaphysical tenets and prejudices, and so on. Historicism allows one to escape the infinite regress of modern philosophy: the search for that rock-solid axiom on which to build a philosophical system, a search which always ends up fruitless since by definition an axiom is an axiom, and can be questioned on the basis of another system. The answer is to grasp the nettle: my axiom is that I am a thinker embedded in a certain tradition whose predicates I shall simply take for granted; if you answer that that will not do, I shall reply that that’s just what you and everyone else are doing, you’re just not being honest about it; you cannot see what I am seeing unless you stand where I am standing–and once you do, you may find out that you don’t want to stand anywhere else. Theologically, these moves are justified by the irruption of the creator God within time and within history; God is not the abstract, unattainable One of Plotinus, he is the God-man who comes to meet us; not the God of the philosophers, the God of Abraham, God of Isaac, God of Jacob.

A second approach has been that of Leo Strauss. The (amply attested-to) reality of esoteric writing among philosophers up until the 19th century discombobulates hisoricism. The idea that So-and-So was “just a man of his time” is refuted: not only was he not reproducing the prejudices of his time, not only was he fully aware of them, but he was subtly undermining them. The historicist narrative of the impossibility of escaping one’s own culturally-bound prejudices to access timeless truths is countered by the reality of philosophers who did precisely that. The historicizers are then thoroughly historicized: their reading of the history is simply a projection of their own prejudices; of the incapacity of men, brought up in the modern liberal West and therefore disconnected from the tradition of esoteric writing, to get in the mind of someone for whom the possibility of persecution shaped the art of writing. In the end, the historicizers just don’t know what they’re talking about.

It won’t surprise frequent readers to find out that while I occasionally lean towards the first option, I do believe it has serious dangers, and that the second option ought to receive our attention more.

Not that Strauss is a perfect guide. He viewed politics as both too central, and not enough central, to the philosophic endeavor, and his perplexity at the “Jerusalem-Athens Question” (or perhaps that was esoteric?) was one that need not retain thinkers steeped in classical Christianity.

But I think it is, or should be, obvious how the first approach runs into the risk of destroying the village in order to save it. I ought to put my cards on the table: Catholic Tradition strongly affirms the capacity of the human mind through the natural light of reason to access at least some transcendent truths, the personal creator God and natural law not the least among them. The “myth of pure reason” was not born with Kant or Descartes, it was born with the Scholastics. Or with Plato and Aristotle.

The historicization of reason itself is a dangerous game, and there is a very clear danger of slipping into the most dangerous of all heresies, the heresy of fideism. It’s possible to be too clever-by-half. By taking on the postmodernism challenge of modernity one risks confirming modernity’s most dangerous (and most false) predicate, which is the incompatibility of faith and reason.

Christianity and modern philosophy end up as ships in the night, occasionally exchanging volleys. One is reminded of the condottieri who waged the Italian city-states’ wars, who as businessmen were as interested in preserving their assets as in victory and therefore engaged in bloodless theater-warfare, as much to give the customer the impression that actual war was fought as to win military objectives. It’s not surprising that when 10,000 of the French King’s gascons, who had little time for kabuki-war niceties, showed up in Northern Italy, they crushed 50,000 condottieri in one afternoon. Paul does not call on us to lob spitballs at other thoughtworlds, it calls on us to take them prisoner and make them obey Christ. At some point to win a fight you need to get in the fray; to thrust with the sword is always by the same movement to expose yourself to the enemy’s blade, but in the end attack is the best defense.

What would poor Fr Garrigou-Lagrange make of an attempt to make Thomism relevant by describing the Angelic Doctor as “a thinker embedded in a tradition”? He would have a heart attack!

In the end, the divine Logos is that through whom everything was made and without whom nothing was made, and we are granted participation into the eternal Logos by the exercise of natural reason, a participation which is deepened, not contradicted, when we participate by faith in the incarnate Logos Jesus Christ.

Obviously, I am describing here a potential excess of a tendency; woe unto me if I describe, say, David Bentley Hart as fideistic; and as I’ve said, I sometimes partake of that same tendency I am critiquing. But the risk of throwing the baby of right reason with the bathwater of secularism is nonetheless great, especially outside Catholicism, with the Protestant prejudice of sola scriptura on one side, and with Orthodox polemics against “rationalism” and invented Scholasticism, not to mention the temptations of “symphonia,” on the other (see here for an egregious example).

In the end I remain convinced that what will save us will be, or at least will include, the wonderful Thomistic and Scholastic synthesis of reason and faith. Kant’s most important work is not any of the three critiques, it is Religion Within the Bounds of Bare Reason; the title says it all; all of Kant’s philosophy stems from his Lutheran fideism; because faith is irrational we must follow the path of reason; but as Thomas tells us, at the end of the path of reason is always God, and the God of Abraham is the God of the philosophers–albeit also much, much more. The Catholic synthesis is the center that guarantees the possibility of philosophy and guards it from error (which is to say the same thing). Everything between Kant and the postmoderns is really a reductio ad absurdum of that earlier fideistic approach; Jerusalem and Athens never were separate to begin with; and the postmodern critique, far from dismantling modernity, only grants its most dangerous axiom.

In this context, we might look to, for example, figures such as Maritain, whose ontological account of Thomism built points of connection as well as of critique with the modern legacy, or Lonergan, who sublimely took up, on its own terms, the epistemological challenge of modern philosophy. 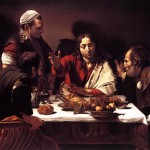 February 10, 2015 C.S. Lewis Ad Limina Apostolorum
Recent Comments
6 Comments | Leave a Comment
"https://en.wikipedia.org/wi..."
pgtipsster The Best Defense Is A Good ..."
"The point that leapt out at me from this post is the complaint that atheists ..."
Bob Seidensticker The Amazing Incuriosity Of The New ..."
"I'm glad to see the atheist reaction against New Atheism becoming more widespread. Although it's ..."
Steven Bollinger David Hume Against The New Atheism
"Which may indicate you don't actually know the Gospel. Tell me: if you died and ..."
Andy Inoculated
Browse Our Archives
Related posts from Inebriate Me