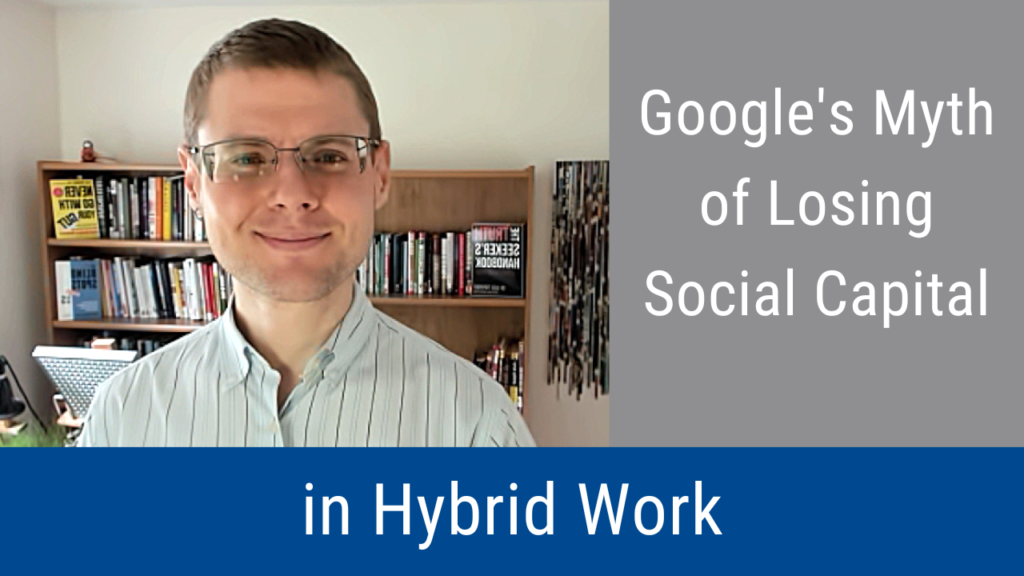 Companies can effectively retain social capital in the hybrid and remote work environment by applying hybrid work best practices, such as the virtual watercooler and virtual coworking. That’s the key take-away message of this episode of the Wise Decision Maker Show, which describes Google’s myth of losing social capital in hybrid work.

Links Mentioned in Videocast and Podcast

Bio: Dr. Gleb Tsipursky helps tech and insurance executives drive collaboration, innovation, and retention in hybrid work. He serves as the CEO of the boutique future-of-work consultancy Disaster Avoidance Experts, which helps organizations adopt a hybrid-first culture, instead of incrementally improving on the traditional office-centric culture. A best-selling author of 7 books, he is especially well-known for his global best-sellers Never Go With Your Gut: How Pioneering Leaders Make the Best Decisions and Avoid Business Disasters (Career Press, 2019) and The Blindspots Between Us: How to Overcome Unconscious Cognitive Bias and Build Better Relationships (New Harbinger, 2020). His newest book is Leading Hybrid and Remote Teams: A Manual on Benchmarking to Best Practices for Competitive Advantage (Intentional Insights, 2021). His writing was translated into Chinese, Korean, German, Russian, Polish, Spanish, French, and other languages. His cutting-edge thought leadership was featured in over 650 articles and 550 interviews in prominent venues. They include Harvard Business Review, Fortune, Inc. Magazine, CBS News, Time, Business Insider, Government Executive, The Chronicle of Philanthropy, Fast Company, USA Today, and elsewhere. His expertise comes from over 20 years of consulting, coaching, and speaking and training for mid-size and large organizations ranging from Aflac to Xerox. It also comes from his research background as a cognitive scientist. After spending 8 years getting a PhD and lecturing at the University of North Carolina at Chapel Hill, he served for 7 years as a professor at the Ohio State University’s Decision Sciences Collaborative and History Department. He lives in Columbus, Ohio (Go Bucks!) and in his free time, he makes sure to spend abundant quality time with his wife to avoid his personal life turning into a disaster. Contact him at Gleb[at]DisasterAvoidanceExperts[dot]com, follow him on LinkedIn @dr-gleb-tsipursky, Twitter @gleb_tsipursky, Instagram @dr_gleb_tsipursky, Facebook @DrGlebTsipursky, Medium @dr_gleb_tsipursky, YouTube, and RSS, and get a free copy of the Assessment on Dangerous Judgment Errors in the Workplace by signing up for the free Wise Decision Maker Course at https://disasteravoidanceexperts.com/newsletter/.

October 3, 2022 The Truth About Work From Home Productivity
Recent Comments
0 | Leave a Comment
"Aaaaand... FIGHT!FK.636WO.CO/X4730Z"
Hinhra Google’s Myth of Losing Social Capital ..."
"I have read my favorite book five times and have a try🥰Ml.LINKINCGIPHY.COM/s4730QE"
Kaorin How Confirmation Bias Reduces Business Profits ..."
"I think he is the one of the kittyX.E1269.US/gg4730gk"
06rockstar Will a Recession Increase Remote Work?
"Manga like this is my favorite.U.M6K2M.ME/S4730N"
RIJ JPMorgan CEO Got Remote Workforce Diversity ..."
Browse Our Archives
Related posts from Intentional Insights 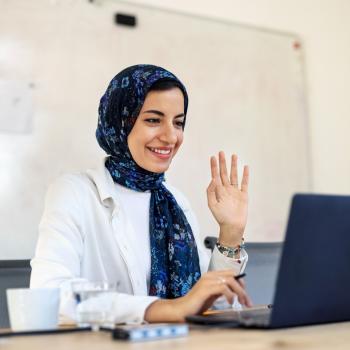 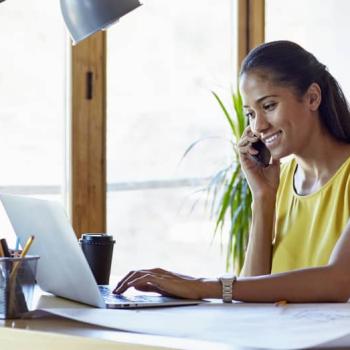 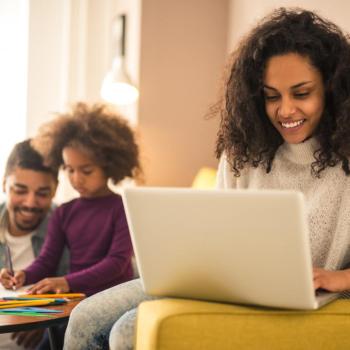 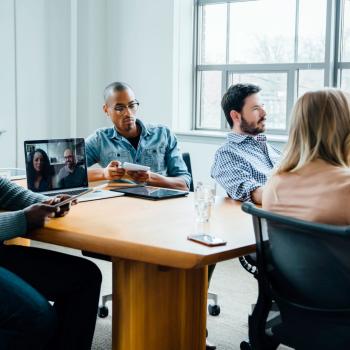