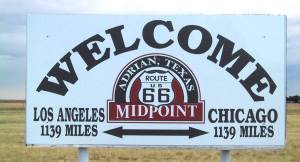 Ok, so we start. Read back a day if you want to know why i’m recounting the best meals i ever ate. Basically, I figure that reflecting on the divine dining experience will keep me from eating crap like, you know, cheeseburgers.

So why am i starting my ‘best meals ever’ series with a cheeseburger? Stay with me.

I have been a Route 66 nerd for however long…a long time. When i graduated from seminary my sweet (then new-ish) husband bought me a road trip guide and an old set of maps featuring the finer points of the Mother Road. We were young and broke, of course, so the gift was a promise that we’d go, someday.

About 2 years later, go we did. Who knew that when we drove that route–mostly I-40 these days, but you take what you can–we would be actually moving across the country? So there we went, in two cars, all of our stuff in storage (some of it never to be seen again, but that’s another story) ready to start new lives, and nearly 6 weeks before we had to be anywhere. Fabulous.

The first day was pretty much Western KY to Oklahoma City. Nothing too exciting there. Day 2, however, took us OK to NM, which is where *^$# starts to get interesting in this country.

I had scoured those maps and that travel guide, and picked out a few places to stop along the way. You know, places that featured the proper balance of kitch (i love kitch) and actual decent food. Adrian, Texas has a preserved stretch of 66, and if memory serves, a museum, so i planned that we’d hit that stretch around lunchtime.

So first stop on the epic adventure of a lifetime:The Midpoint Cafe. Thus named because it is exactly the mid-point between Chicago and L.A. I mean, that’s exciting stuff. I may be a liberal, but I’m still an American, and this stuff gets to me. Freedom and french fries and Tom Petty…

To get to the cafe, you have to get off 40 and hop over to the actual, authentic, Route 66. And then you can go right or left, but if I recall, you can actually see the end of what’s left of the road in at least one direction…and at the end is the diner. Fun fact: Midpoint Cafe was the inspiration for Flo’s in Pixar’s Cars movie. Really, that whole stretch of road looks alot like the movie.

My travel guide told me i wanted a burger, so a burger is what I got. I must interject here that this was before the day of the GPS, the iPhone, or the Urban Spoon app for android. We were roughing it by having to read maps and travel guides on the way west. And as much as i love technology for travel…well, let’s just say some of the romance is gone for me now.

Speaking of romance…let’s talk about that burger. It was the real thing; made on a griddle, with a buttered bun, greasy American cheese, ketchup… It was almost as good as a burger from Weaver’s in London, KY. The difference was–well, it was Route 66. And i wasn’t just on vacation. I was heading west, and all that implies. That was a special burger.

And speaking of romance…can you believe that, at this establishment, known for its Ugly Crust Pies, my husband did not want to stay and get dessert?? Such a man. Always just wanting to get back on the road. I’m still a little pissed, (6 years later) that I missed the pie. Don’t worry. I’m making him take me back this summer.

(It occurs to me now: perhaps this is why I’m on a diet and he is roughly the shape of a flag pole…)

Anyway, why in the world am i citing a fabulous cheeseburger in what is loosely a diet series? Well..when i think of this burger, let’s just say it makes it pretty easy to drive on by McDonald’s. Not even worth it folks. If you hold out for the burgers like a Midpoint burger, you will get thin fast. They are few and far between. They are special and come with a side of adventure and an ambience garnish. And they taste like every good thing that’s waiting for you…out there on the Mother Road.

Now, would you believe that I had two of the best meals in my life on the same day?  Me neither. But I did. Stay tuned for dinner on the Route… 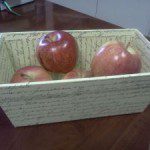 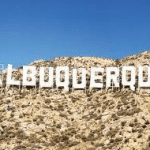