Are we done talking about chicken yet?? Law…

I know i chimed in my own two cents on the issue. I’m almost sorry now that i contributed–even in such a miniscule fashion–to a matter that turned into an epic media frenzy and resulted in a pretty ugly day in social networking. I’m tired of hearing about it. Eat chicken, don’t eat chicken. Follow the muppets, follow Mike Huckabee. I’m over it.

Thing is–you know and I know–it’s not about the chicken.

It is one more seemingly small opportunity for us all to cite the Bible, the constitution, and/or the Muppets (not necessarily in that order), in an effort to prove, once and for all, how very, very right we are. Thing is, not a single mind or heart has been changed in the past two weeks. At least, no hearts or minds that I know.  The Chicken, with a capital-C, has become just one more embodiment of the gaping chasm that fractures the soul of our nation.

So yeah, I’m done talking about chicken. I’d rather talk about what the chicken came to stand for–and that is, a question of ‘rights’ and ‘freedoms.’ These are words that get thrown, often interchangably (especially in an election year), when people talk about guns, money, speech, religion, and our bodies. And maybe it is time for people of faith–or just people of good conscience–to clarify that a right and a freedom are not the same thing.

‘Freedom’ of religion means that you are blessedly free in this country to worship whomever you choose, in whatever fashion, in whatever setting, and at whatever time, without fear of imprisonment, suppression, or generally getting kicked around about it. In other words, the President cannot come to your house and say, “Hey, you have to be a Christian, or i will execute your @$$.” (Which is pretty much what the King of bloody England used to do.)  Freedom of religion does not, however, mean that you have the right to impose your beliefs–your sense of being ‘right’ in God’s eyes–on another person, in a public forum. In terms of posting the Ten Commandments in public schools, for instance, or, I don’t know, writing a “biblical’ definition of marriage into a governing document… That is not a freedom. That is something that a great many people feel is their ‘right,’ and that is where we all start getting into trouble.

“Freedom of speech” means that you can say what you want. You can criticize the government (unheard of in most of Europe, not so very long ago), you can hate whomever you want to hate on, you can use bad grammar, even. You can lie. You can say toxic, incendiary things that create tension and discord–in your home, or in a public setting. And you will not be imprisoned for it. You will not be tortured or banished from the kingdom.  Your family will not disappear in the night to unknown places of terror.

Freedom of speech does NOT mean that you can lie, or say toxic, incendiary things, or support hate groups with the profits from your public company, and not expect the public to challenge you on it. A CEO of a company–any company–is free to believe, and even say out loud, what he/she chooses. Without fear of torture, death, or imprisonment.

But freedoms and rights are not the same thing. Freedom of speech does not entitle a person to call names without consequence. Just because radio personalities can say whatever they want in air time–without going to jail or being bodily harmed–does not mean that it’s their God-given right to do so. Advertisers who pull their support from Lowe’s or Rush Limbagh, or stations who choose to pull–who’s that really racist guy that says all that stuff?–I don’t remember… Anyway, advertisers and media outlets are not infringing on anybody’s free speech when they choose not to air a certain message. It is their right to only air (or fund) that which they uphold to be just and informative. Crazy dj guy maybe got fired, but he is not going to jail. He’s a free man. He can go right on saying horrible things in his own house, on his own time. Heck, he can buy his own radio station, or sponsor his own program, and nobody’s going to hurt him. At least, not in any government sanctioned way…

I read the Hunger Games (finally!) and am reminded that it is indeed, a great freedom, being able to bear arms. When regular people are not allowed to hunt and provide their own food, or defend themselves from violent armies, what you have on your hands is a District 12–a place in which people are kept poor, hungry, and scared, so that they will never question the tyranny of the status quo. But the right to own weapons and be free people, and the right to own an assault rifle designed to kill large groups of people in a matter of seconds… that is perhaps not the same thing.  Given the rise of substance abuse, mental illness, violence in entertainment, and inflamatory political rhetoric, it is time for us, as a free, justice-loving people, to start asking some tough questions about the difference in rights and freedoms.

It should go without saying–and yet lately, somehow, it does not–that nobody owns God. Not evangelical or progressive Christians, not Catholics or protestants, not democrats or republicans, not the pro-chicken pickers or the anti-chicken picketers.

In the same way, it should go without saying–but lately, does not–that nobody owns the language of freedom. On both sides of the aisle, on all sides of the chasm, whether faithful or faithless, we are all freedom-loving people. We are all indebted to the visionary dreamers of the Revolution. We are all grateful to our military service people, who make such sacrifices to keep us free. So that we can eat chicken (or not), worship (or not), and even say hurtful things about large groups of people. If we want to.

But being free to say something, and having the right…well, those are different things.

Without free speech, freedom of religion, and free enterprise, we’d all just be back in the districts. Surviving, somehow, in the darkness, and just hoping the Capitol will leave us alone to starve in peace. Nobody wants that.  But, lest we forget… it is not just freedom that allows us to engage in all this discourse. It is abundance. Only in a place of plenty can regular people enter into such heated debate about where to eat, (or not).

And to live with so many food choices, every single day–that is neither a freedom, nor a right. It is a dang privilege, and God forgive us when we forget it.

I’d love to see every fast food restaurant in the country give a big ol tithe of yesterday’s intake to organizations that fight hunger. Just as a way of saying, whether you ate at the one place because you agreed with their values, or ate somewhere else because you didn’t, we’re all free, privileged people with bigger fish (mmm…fish) to fry.

But you know…we will only be a free, privileged people as long as we are all free. I think some folks pretty much said as much when we became the United States of America. I’m pretty sure some other folks said it leading up to the abolition of slavery, and maybe again in the women’s suffrage act. And then again–and again, and again–in the civil rights movement.

Maybe we need to hear it again, though. And again: If we’re all going to be free, we can’t all be right. Which is more important? 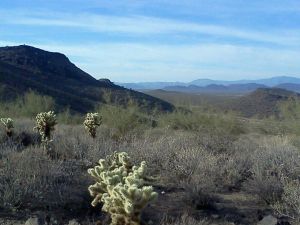 August 3, 2012 Fearfully, Wonderfully
Recent Comments
2 Comments | Leave a Comment
"I agree 100%There are always some preachers or quacks thinking they are bigger than God."
popeye47 This Pandemic Is A Test: But ..."
"love this. Thank you!"
Sean Dattoli This Pandemic Is A Test: But ..."
"Everything that happens happens because it happens. The sum of all free wills is blind ..."
Chorbais Dichault Pandemic: We Are One Body
"Sure....if u r white enough...But if u r somewhat brownish....gayish and so on its a ..."
andrey sigurnjak Five Ways To Be The Church ..."
Browse Our Archives
Follow Us!