Guest post: Kent Somers is Sports Writer for the Arizona Republic. He covers the AZ Cardinals and the NFL. When he’s not on the road, doing the most awesome job ever, he worships and serves at Foothills Christian Church. You can follow him on twitter the rest of the time.

As a young(er) person, I thought life moved at my pace and on my timetable. College, marriage, job, kids; I wouldn’t say I saw them as tasks that needed to be completed, but they were on the checklist in front of me, and I had control of the pencil.

For a long time, things went according to my plan. I married the girl I wanted, got the job I’d hoped for, and child number one arrived without incident. (Other than my wife Paula assuring me that, yes, we needed to go to the hospital right then, because, no, the waterbed had not started to leak.)

So when Paula and I decided it was time for another child, I didn’t think much about it. It was just time, and child number two would come just as we planned, about two years after the first.

There were tears from both us after the first miscarriage. But it seemed as if it was only a setback. We were young, people told us it was ‘nature taking its course,’ that these things happened…

But why to us? I thought.

Then there was a second miscarriage. More tears, additional fears. We consulted doctors and tests were run. Nothing wrong, they said.

Time passed, and our son seemed to have grown an inch every time he crawled out of bed.

Then, a third miscarriage.

Anguish replaced fear. I wondered if this was all worth it, seeing more doctors, consulting specialists, seeing the emotional toll it was taking on Paula. I had started to resign myself to the idea that the only way we were going to have more children was to adopt. So we started filling out some preliminary adoption papers at the same time we began seeing a reproductive endocrinologist.

I didn’t know such a person even existed, but there we were in his office, toward the evening of Jan. 17, 1991, listening to him to explain the tests that needed to be run.

I know the date because it’s the day the Gulf War began. I remember listening to the doctor, who at the end of the consult, said, “well, it looks like we’re at war.” Paula remembers thinking we were fighting our own battle.

A few months later, we were expecting, but we had been down this road before. We told very few people. Paula wasn’t nearly as sick in the mornings as she had been with our first, and to us, that was not a good sign. An ultrasound was scheduled at the doctor’s downtown Phoenix office. We watched the screen for the fluttering of a little heart. By now, we knew what to look for. Minutes ticked off the clock, and nothing.

The technician would tell us nothing. Go home, wait for the doctor’s call. We contacted a nurse in his office later. She didn’t like the looks of Paula’s blood work. It looked like another miscarriage, she said, but promised to have the doctor call.

He did, and was incredulous at what we had been told. It’s early, he said, it wasn’t unusual not to detect a heartbeat. Wait a few days and we’ll do another ultrasound.

So we waited. We made the same trip again to look at the same small screen again, anxious to see something.

And there it was. A steady flutter. Unmistakable. We laughed and cried, and in January of 1992, we were the parents of a second son.

The second boy is big now, (I refuse to call him grown.) He’s 20 and is spending this college semester in Spain. We still see him all the time through a small screen, via Skype. He’s let his hair grow and has a scraggly beard. I tell him he looks like Tom Hanks in Castaway.

He comes home Dec. 23. It will be almost as nice to see him then as it was the first time. 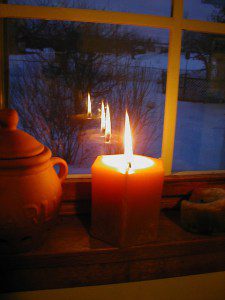 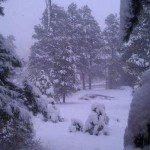