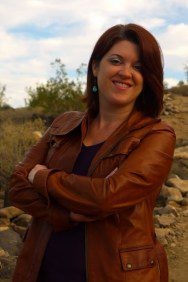 The Phoenix area news last night was hilarious. Temperatures were to drop down in the THIRTIES overnight, and desert folk were losing their mind.

I realize that if you are living through a Midwest winter, or a Plains-state winter–or pretty much any other winter that is actually winter–lows in the 30s with highs in the 50s for a week does not constitute a ‘cold snap,’ or a ‘frigid blast.’ But around here, it is the dang apocalypse.

I watched neighbors run around yesterday, throwing blankets over important plants to protect them from the coming frost. (Desert vegetation does not enjoy chilly weather any more than desert-dwelling people). And I watched people all over the valley do the same–prepare their homes for the coming cold, and make runs to Wal-Mart, etc, for extra blankets and mittens. I watched all this on television because, around here, I kid you not, it is news. That’s pretty much ALL that was on our news last night.

Well wait. Not quite all. There was also a (and i’m quoting a local anchor here) “Movie-like battle scene you can only see on ABC!”

A movie-like battle…except it wasn’t a movie. It was a high-speed chase, under investigation because the officers involved opened fire on the vehicle. Which was being driven by a minor. I don’t know who managed to catch it on film, but the only thing ‘movie-like’ about it was that the local news affiliates tried to sell it as entertainment. And not as violence involving real and actual people.

A ‘movie-like’ battle…on the news… I mean, even if the ‘frigid blast’ was a bit of a joke to those of us who have lived in actual snow, I’d far prefer over-the-top weather coverage to gratuitous violence. On the news.

I am outraged. And you should be, too. Yes, we need to work on mental healthcare in this country. Yes, we need to make it a little bit harder for unqualified, and unwell people to get their hands on weapons. And we need to talk about whether any of us need certain kinds of weapons. (Because the constitution says ‘bear arms,’ not ‘weapons of mass destruction’).

But for all our best efforts at responsible weapons handling and accessible care, what we’ve also got to do is, for the love of God, learn the difference between movies and video games, and real lives. We have to recognize all the ways that we’re being sold entertainment, when what we really want is news.

Easy place to start–when you see something like this in your local media, call them on it. I’m all for free speech and press; i’m not even saying they shouldn’t show the footage (though sometimes, good taste and respect for those involved would mean leaving it out). But we, as viewers and citizens, have the gifts of discernment to know when something serious is being exploited for ratings. Use that insight, and tell the folks who bring you the ‘news’–such as it is–that you don’t appreciate it.

If you live in the Phoenix area, here is the contact info for ABC. No long angry rants, please. Not only do those get discarded into the ‘crazy’ pile, but they also contribute to the very culture we are trying to dispel. Just let them know that when you want a movie-like battle scene, you’ll watch a movie.

I’m reading Gillian Flynn’s Gone Girl. (Side note: this book is a delightful mingling of ‘this is AMAZING!’ and ‘wtf is this supposed to be ABOUT, exactly?” I love it). Anyway, i read this particular passage last night–right after the so-called news–and i think it articulates my sentiments exactly. Maybe this is what I need to send to the local network:

If I want a fight-scene, I’ll watch a movie. And even that might not be so great for my soul. 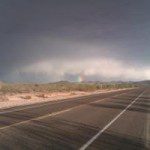 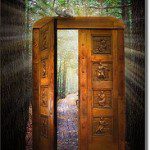