My friend Matt over at the Board of Church Extension wrote a great piece about ‘anonymous letters’ to the pastor. He says that pastors should not respond to these letters at all, and should probably not even read them.

I agree that the anonymous angst letter should not be dignified with a response. A reply empowers the person who does not even give you the courtesy of their name (side note: we still know who you are)…and this sort of behavior should not be encouraged.

But most clergy don’t really have to worry about this type of letter much any more. And not just because our church folks are especially awesome (though mine are). It’s just that the angry letter has given way to the angry email. And while an email note can be just as biting as a hand-written word, the electronic sender cannot so easily remain nameless.

Email provides people with a sort of pretend invisibility cloak.  While the sender knows that their name will appear at the bottom of the note, something about that screen lets them feel isolated from the person reading it. I’ve seen things go across my computer screen that i know a person would NEVER say to someone’s face. And yet…the computer provides a barrier and creates a perceived reality in which we cansay anything.It’s kind of like road rage. Our cars provide us a safe space in which to rant and cuss and practice obscene gestures. Would we speak this way to the person who cut in front of us in line at the grocery store? Probably not. And yet, woe to the poor soul that cuts us off in traffic. From behind the safety of the windshield, they become less-than-human to us.

Whether it’s the windshield or the computer screen, we need to remember how very fragile these boundaries are. Whether we are on the sending or receiving end of hostility, people of faith need to remember that– for all the glass barriers we put in place– we are still whole and blessed people behind them.

Another new window for anonymity that i find dangerous and disturbing: the passive aggressive Facebook rant that does not name the pastor/teacher/boss/co-worker, and yet is clearly about a particular person. And clearly meant for that person to see.

A social media rant is nothing short of an invitation to conflict. While the sender cannot remain anonymous, he or she is most certainly daring their intended audience to keep silence. It is a vicious sort of power play.  If you say something snarky about a friend–without naming names,of course–there is absolutely no way for that friend to respond with dignity. At that point, no sort of engagement is going to end in actual productive communication. These silent Facebook wars are a new window into the soul of a world that feels increasingly invisible behind all of its windows and screens. Of all the spiritual sicknesses we encounter these days, this pervading sense of isolation is perhaps the most deadly.

It goes without saying that pastors (and adults in general) should never let themselves get drawn into this kind of discourse. As with the ‘anonymous letter,’ it is better to keep silence, and refuse to give voice or power to the undesired behavior. When we get involved in this kind of sniping match, what are we saying about that imagined barrier? We are reinforcing it.

If congregations and pastors are going to use social media for promotion and outreach purposes–and in this day and age, you almost have to–we must be ready to meet the ‘new anonymous.’ We need to be aware of all the new ways we are open to receiving people’s pain. 99% of the time, it is not about us. While it’s nothing new for church leaders to find themselves on the losing end of the world’s anxiety, it’s coming at us from new places now.

These public glimpses of human brokenness are much harder to address–or ignore–than a private note. My hope is that we who follow Jesus can recognize the whole person-ness of everyone we meet. Even if they hide behind a veil of anger, it’s our job as Christians to see that blessedness and to somehow call it out. Maybe that means ignoring the message, but truly seeing the messenger. Even as the world gives us new barriers to overcome, we are called to literally, physically touch people’s lives…to see the hurting, invisible frame, and call it out of hiding.

While I have no easy answer for thehowof this, i’m certain there is scriptural support for it. Somewhere. Which gospel has the parable of Jesus healing the facebook polluter? I can’t recall, but i think the ending goes something like this: “Go in peace, and be made whole.”

After all…Jesus cures people of invisibility all the time. 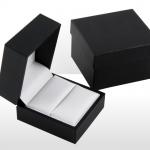