Changing the Conversation: 7 Ways to End Violence While Keeping Your Guns

And I’m tired of saying “God is present with us in tragedy and loss of life… we grieve with the families of the victims… we hope for a day in which God’s peace may be known on the earth and blah blah blah…” For love of ALL THAT IS, I am tired of preaching that sermon.

The other day, a guy walked by me in a restaurant.  His shirt had a gun on it, and beneath the picture were the words, “out of my cold dead hands.” Everything about this man’s carriage and demeanor seemed hostile. Maybe it was in my head. But to a hippie peacenik like me, he was making a confrontational statement with his whole body. I mean, I didn’t ASK him how he felt about guns. And yet, his shirt implies that I need to know. That without knowing his name or his occupation or the first thing about him, I NEED TO KNOW that he would rather die than give up his weapons. Got it.

I wondered, ‘when and where will it be, next time? The next senseless, horrific act of violence against innocent, unarmed people… all because of this t-shirt sentiment that has somehow become the mark of patriotism?’

Turns out, the ‘when’ was two days later, and the ‘where’ was just down the street.

Am I eerily prophetic? No. The violence is just all too common. We are no longer shocked, or even mildly surprised, when this stuff goes down. In fact, we’ve come to expect it. We’ve maybe even got our next sermon/blog post ready in response. “God is present with us in times of tragedy and loss… we grieve with the families of the victims. May God’s peace be known on earth…”

I can’t even. I can’t preach that sermon again.

I’ve never addressed the gun stuff in my writing, and here’s why—I love some people who disagree with me on this.  I like to engage edgy things in a way that allows for civil discourse, even amongst those who disagree. And let’s be honest, when it comes to guns and stuff, there is no such thing as civil engagement. There is insult slinging, name calling, sound-bite parroting, and constitution-invoking. But no conversation.

I’m done with that. Why shouldn’t we be able to talk about this? Because the NRA says freedom is non-negotiable, and freedom is all about firearms? I call BS.  They’re not the boss of us. We can talk about this like grown-ups. At least, here’s trying: No name-calling, no litany of statistics, and no hyper-emotional rambling. Both ways. Deal?

In the aftermath of yesterday’s tragedy in Overland Park, the wheels of the pro-gun camps are already in motion. Gearing up to protect guns from the people who want to regulate guns.

Do you see how this goes? They’re protecting the GUNS. And we’re going after the GUNS. It’s no use. Nobody ever changed the world by fighting over inanimate objects. At least, not for the better.

I am for common sense regulation: Background checks; Licensing; Waiting periods. All those reasonable things that you have to do to, say, drive a car in this country. Heck, you want people to get a drug test to pick up their welfare check? How about take a drug test before you can BUY A DANG GUN. It’s not asking too much that my ex-con/racist/history of violence neighbor not be able to go and buy an assault rifle at a neighborhood yard sale. (Which—I learned this in Arizona—is totally legit and legal). I say regulate the hell out of them and make the acquisition just a LITTLE bit of effort. Just enough to deter the people who are too dysfunctional to fill out paper work…

But you know, and I know, that 1) that conversation is a non-starter around here, and 2) that doesn’t solve the problem. My ex-con/racist/history of violence neighbor is still going to find his crazy self a gun.

According to the gospel of Don Draper: If you don’t like what the other guys are saying about you…change the conversation.

When it comes to guns, nobody likes what the other side is saying. And I think we can all agree, it is WAY past time to change the conversation.  So let’s stop talking about inanimate objects and start talking about people.

Let’s stop working to PROTECT inanimate objects when (I promised no statistics) those objects destroy life far more often than they save it.

Let’s stop operating from places of fear and scarcity, and work from the desire for abundant life.

Here’s what I suggest. If you are a person who loves guns, and who equates guns with freedom—fine. Get your guns. Keep your guns.

But you’ve also got to help. You’ve got to help us address the myriad issues that run so deep in our culture and perpetuate chronic violence. Keep your guns. But take the energy you put into protecting your rights, and put some of that into protecting people. For instance:

1. Get to the forefront of mental health reform, and Medicaid expansion for the working poor. When people fall through the cracks and don’t get the care they need, they become a danger to themselves and others. If we aren’t going to make it harder for them to get a gun, make it easier for them to get the help they need.

2. Mentor at-risk youth who are most vulnerable to gang recruitment. Or be a Big Brother/Big Sister for those who need a friend and advocate. Kids who feel connected and supported are far less likely to go on a shooting rampage. (no statistics needed)

3.Write to your representatives and ask them to re-examine Stand Your Ground (and similar loopholes); these laws enable anybody (white men) to shoot anybody (non-white kids) and call ‘self-defense’ with no proof of any real threat to their safety. And while you’re at it, you could

4. Support organizations that address systemic racism. Or anti-semitism. Or homophobia, Islamaphobia, pink-hair-a-phobia, I don’t know what all… But work with the people in your community that are trying actually build community, and eliminate the fear-of-other that so often ends in murder.

5. Also, call Hollywood. Call the network tv stations. Call the people who make video games. Call anybody who makes big piles of money by making death look so dang entertaining, and tell them to ease up a bit. Tell them that they are way too prudish about the human body, and not nearly conservative enough when it comes to blowing up buildings, shooting cops, and strangling prostitutes in the back of stolen cars. Yes, these are kids’ games we’re talking about. And JUST THE COMMERCIALS for primetime tv. Oh and, of course, the news.

And while you’re busy tackling the entertainment industry,

6. Write to the folks making “biblical” movies with heavy “JEWS KILLED JESUS” plotlines, and remind them that, among other things, Jesus WAS Jewish. Let them know that they are contributing to a harmful anti-Semitic narrative that still plays out in frightening ways. Most recently, in our backyard.

7. One last thing… stop talking about gun ownership as a ‘right,’ and start addressing it as the privilege that it is. Stop hoarding weapons any time you sense a regulatory standard in the offing. At the heart of all this bloodshed is a frightening sense of entitlement. Those who feel privileged to have something will be more likely to consider their role in responsibility, and the safety of others.

I could go on. Poverty. Addiction. Bullying. All these things contribute to rampant violence, putting us all at risk. Work to curb these societal ills, and you’re working to end the shooting sprees.

Politicians and lobbyists have hijacked the conversation for far too long and made it all about OUR stuff, OUR freedom, OUR rights. We are so very good at the us/them kinds of things. But this is an everybody problem, and it needs an everybody solution. We are not quite as good at those everybody things. But we’re trying.

In the meantime, God is with us in the wrenching loss of life. May God’s peace be made known upon the earth. Until then… well, if you must keep your guns, then keep them. But in some small way, help make the world less eager to use them. 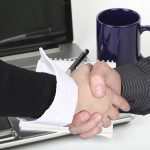 April 10, 2014
Check Yes or No: 7 Things Churches Should Not Ask In a Pastoral Search Interview
Next Post 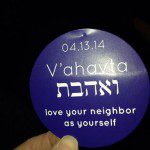