I just keep thinking about that tree. You know the one. It stood in the center of the garden. Everything else seemed to grow out from its center, and lean in towards it at the same time. Drawn to its vibrant color, its fragrance, the life that seemed to hum from within.

Everything else in the garden depended on that one tree for air and light. So the gardener told the tourists not to touch it. To please not pluck its leaves, or eat its fruit, or spray it with pesticide or put a fence around it to match the neighborhood landscaping. Of all the plants in the city preserve—there to be enjoyed, for free, by hordes of flora-deprived urban dwellers—they were to please just leave this one alone. It was too much knowing. More life than they could bear.

Which made it all the more intoxicating. 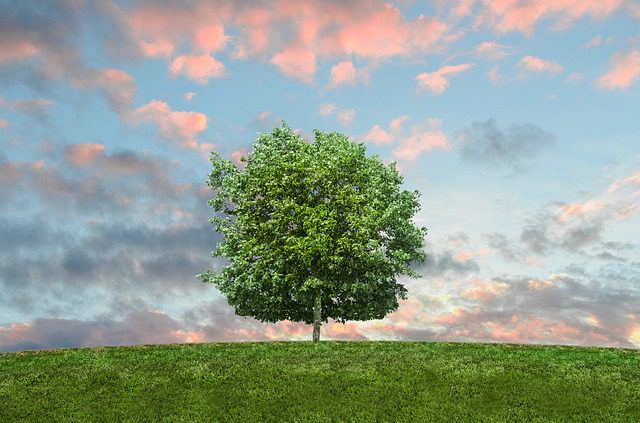 I think about that tree, when sinister hackers find their way into the private photo stash of a celebrity, and share what they find there for all the world to see. I think about that tree, when terrorists kill a journalist in a gruesome act of violence… and something perverse at the heart of humanity wants to watch the video. Some fruits are not meant to be tasted. Some things are too much for our eyes.

How we approach death and nakedness speaks volumes about our faith. What we do with the countless images  at our fingertips—these are choices we make every day. What we choose to consume, or even see, reflects how much we value our breath and bodies. I’m not really talking about pornography, though that is another conversation. I’m talking about how we’ve disembodied all kinds of suffering and exploitation. How desensitized we are to violence, and how accepting of its entertainment value. While a nude celebrity scandal is nothing compared to the horror of a terrorist attack, there is something profane about the fact that we can witness both with a few easy clicks on a handheld device. Just that easily, we can contribute to a ‘viral’ dismemberment…wherein we can completely separate the desecrated body (be it dead or just naked) from the real live soul behind the image.

Both kinds of sin grow from the same tree. Nudity, in and of itself, is nothing to be ashamed of.  Neither is ‘the knowledge of nakedness,’ physical attraction, or sexuality.  What gets us into trouble is a pandemic lack of reverence for the body–of self and other. So many kinds of evil grow up from that singular root. From poor self-care and toxic diet to the destruction of the planet that produces our food. The ills that come from low-self-esteem. The toxicity of rape culture. Once we can so easily disconnect the physical frame from the spiritual self, then it’s not a far leap to violence.

And death by violence.

Because just as nakedness, in itself, is not sinful, neither is death always the worst outcome. Death of the body is natural. The relief suffering. A cycle that makes room for all things to be made new. A circular end to life—and life made all the more precious by its brevity. Death, we have to believe, is somehow a gift from God. But what is not part of our blessed humanness is death as punishment. Violence as entertainment. Human atrocity produced for human consumption, and the gathering of witnesses. Whether you’re talking about capital punishment or the mass viewing of a terrorist execution, there’s a real body on display, and a real soul being torn from its frame. In front of witnesses. It all comes from the same tree.

At the core our humanness, we all share this truth; we start naked, and we end in death. We have to believe that both of those things, when viewed with proper care, are blessed and good. But nakedness can be a violation. Death can be a horror. The process by which the world can strip away the sanctity of both these things? That there is the root of all evil. It all starts in the same damn tree, and no coy little leaf bikini in the world can cover it up.

The travelers held no awe in approaching the tree, nor anything else that grew out from it. They failed to see the beauty, and the terrible/wonderful power that radiated from the core. It made them careless. They consumed, destroyed, tread too heavily on the tended soil. Finally, with a heavy heart, the gardener had to turn them out. They went. They wandered. And they’ve searched for the way back, ever since.

Sometimes, they almost find it. In nakedness, and in death. The beginning, and the end.

September 17, 2014 How to Do It All
Recent Comments
2 Comments | Leave a Comment
Browse Our Archives
get the latest from
Irreverin
Sign up for our newsletter
POPULAR AT PATHEOS Progressive Christian
1

How a Plague Exposed the "Christian...
Honest to God
Related posts from Irreverin